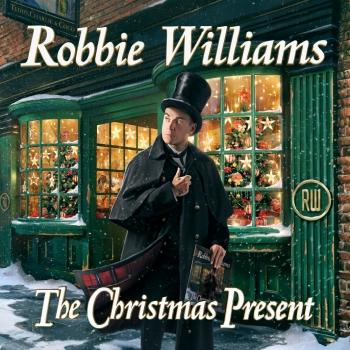 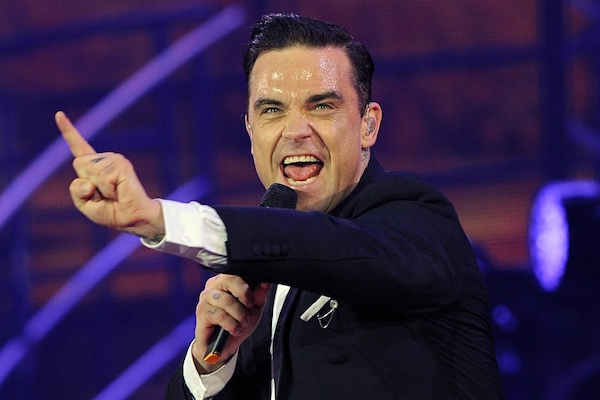 Robbie Williams
Out of all the members of Take That, Robbie Williams never really seemed to fit in. Roguishly handsome where his bandmates were merely cute, Williams was tougher and sexier than the rest, which made him more distinctive. He also fought regularly with the other members and their management, primarily because he was occasionally adverse to being so heavily packaged. So it didn't come as a surprise that he was the first to leave the band, departing early in the summer of 1995 to pursue a solo career (by some accounts, he was fired from the group). Although he was the first out of the gate, it took Williams awhile to get started. For most of 1995, he attempted to boost his credibility by tagging along with Oasis, hoping that Noel Gallagher would give him a couple of songs. He never did, but all of his time with Oasis launched Williams into a world of heavy partying, drinking, and drugging. Over the course of 1996, he was only heard from in gossip columns, and every published picture indicated he had put on considerable weight. Occasionally, he was quoted as saying his new music would abandon lightweight dance-pop for traditional Brit-pop, but his first single was a cover of George Michael's Freedom '90. Released late in 1996, the single was a disaster, but his second single, 1997's Old Before I Die, was more in the vein of his early pronouncements, featuring a distinct Oasis influence.
Williams finally released his first solo album, Life Thru a Lens, in 1997. The album became a big hit in Britain, prompting his second, I've Been Expecting You, in 1998. (The Ego Has Landed, a U.S.-only compilation designed for breaking Williams to American audiences, was released stateside in the spring of 1999.) Sing When You're Winning followed in late 2000, gaining success with the video hit Rock DJ, while a big-band album of standards (Swing When You're Winning) appeared a year later. During 2002, Williams celebrated an enormous new contract with EMI (rumored to be upwards of $80 million dollars), but suffered the loss of his longtime production partner, Guy Chambers. Escapology, the fifth Robbie Williams album (and the last including Chambers' input), sold millions of copies in Europe, though it failed to persuade American audiences. As a result, the 2003 concert record Live at Knebworth wasn't released in the States. He introduced a new musical partner, Stephen Duffy, with a pair of songs from his compilation Greatest Hits, then reappeared in 2005 with Intensive Care. Although the album topped charts in Europe and Williams set an impressive concert record -- his 2006 world tour sold over 1.5 million tickets in one day -- a certain creative atrophy was setting in, despite the new input of Duffy. Within a year, he had recorded and released Rudebox, a dance album recorded with half a dozen outside producers, some featured guests, and several covers instead of self-penned material. Rudebox hit number one across Europe soon after release. (Stephen Thomas Erlewine, AMG)