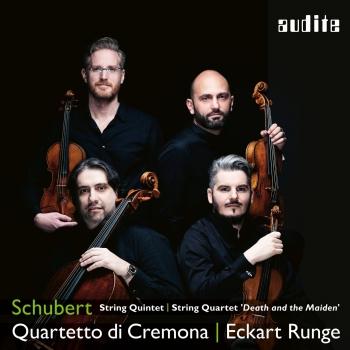 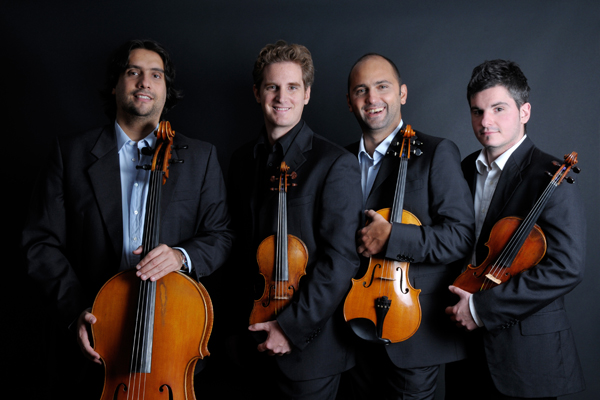 Quartetto di Cremona
Internationally renowned for their "extremely mature and lyrical sound" (Strad), the Quartetto di Cremona now graces the stages of the most prestigious venues. Their focus and intensity brings life to music from the “tight blend and immaculate voicing” of their Brahms to the “sleek and elegant” dynamic countouring of their Mozart (Strad). The Quartetto di Cremona’s dedication to their work as a string quartet shows through their music.
The Quartetto di Cremona formed in 2000 at the Stauffer Academy in Cremona and continued their studies with Hatto Beyerle. In 2005 the Quartetto di Cremona received a Borletti-Buitoni Trust Fellowship.
Building on their early successes, the Quartetto di Cremona has played to critical acclaim at the most important venues and festivals in Europe including at the Beethoven Haus and BeethovenFest Bonn, Konzerthaus (Berlin), Klara Festival (Brussels), Mecklenberg Vorpommen Music Festival, Båstad Chamber Music Festival, Turku Music Festival, Handelsbeurs (Gent), Moving on Music Festival (Northern Ireland, recorded by BBC Radio 3), and numerous performances at the Wigmore Hall (London).
The Quartetto di Cremona has toured extensively in Australia and performed at the renowned Perth International Art Festival Australia. In the USA, they recently won the eleventh Web Concert Hall Competition and they will perform at Metropolitan Museum in March 2013.
In their homeland of Italy they have made their name performing at the Accademia di S. Cecilia in Rome and at the most renowned Italian music societies. The Quartet was nominated "Artist in Residence" at the Societa' del Quartetto of Milan and will be involved in various projects culminating in 2014 for the 150th anniversary of the Societa' del Quartetto – when they will perform the complete cycle of Beethoven quartets.
Recent and forthcoming tours include engagements in the USA, Japan, Mexico and China and in Europe the Quartetto di Cremona will tour the UK, Italy, Scandinavia, Germany, and make a debut tour of Austria.
Their extensive repertoire ranges from the early Haydn quartets to Wolfgang Rihm and Helmut Lachenmann, with particular interest in contemporary Italian music including the composers Fabio Vacchi, Luciano Berio and Luigi Nono.
Their debut recording for Decca encompassed the complete string quartets by Fabio Vacchi, released in April 2011. From July 2012 over the next two seasons the Quartetto di Cremona will record the complete Beethoven String Quartets for the German label Audite, which also issued Italian Journey, dedicated to Italian composers in November 2012.
An important part of the Quartetto di Cremona’s activity is teaching master classes throughout Europe. Since Autumn 2011, the Quartet has taught at the Walter Stauffer Academy in Cremona.
The Quartetto di Cremona has been chosen as a testimonial of the International project "Friends of Stradivari".