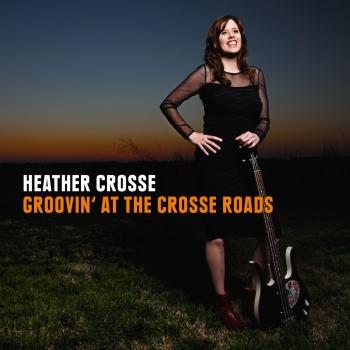 Groovin' At The Crosse Roads 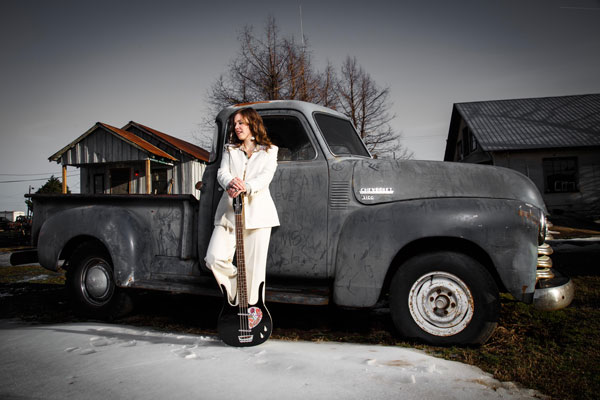 Heather Crosse
has been singing for 31 years, playing bass for 18 years & she knows exactly what makes her spirit dance…BLUES & old SOUL music! Heather was born in Louisiana, where she began singing in her childhood. In her early twenty’s, Heather lived in Hot Springs, Arkansas, where she cut her teeth playing bass for Detroit/Arkansas Bluesman, St. Thomas Jenkins. After his passing, Heather polished her musical chops by playing in several bands which eventually led her to take up residence in Clarksdale, Mississippi, home of the world famous “Blues Crossroads,” the place she currently calls home. Although Heather spent several years backing her Blues mentors, she has also fronted her own Soul Blues band, Heavy Suga’ & The SweeTones, for 8 years. In May 2015, Heather & her band recorded their debut album entitled, “Groovin’ At The Crosse Roads” under German Blues label, Ruf Records, with Grammy Award winning producer, Jim Gaines, to be released worldwide in September 2015. Heather met Jim when she recorded the “Ruf’s Blues Caravan 2015: Girls With Guitars” album & was so excited when Jim signed on to produce her solo album. Heather spent the first half of 2015 touring all over Europe & UK with the Ruf’s Blues Caravan and they continue in USA. Heather is currently touring with her band promoting their new CD and continues to teach music at the Tutwiler Community Education Center in Tutwiler, MS.