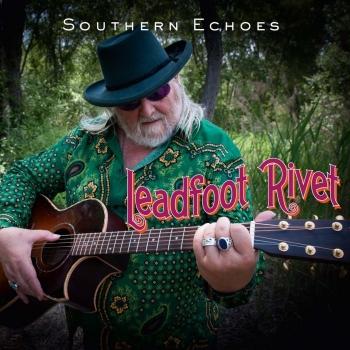 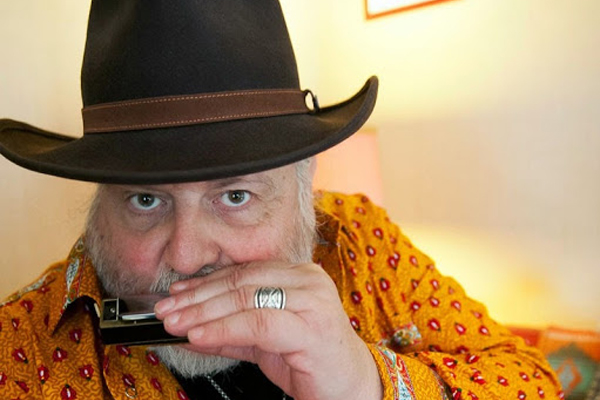 Leadfoot Rivet
It took a longtime for Leadfoot to become the artist he is today. Others like Rimbaud or Bob Dylan seem to bloom and get their full maturity all of a sudden and either shortly after stop to create or perpetuate the same form for ever.
Certain artists need much more time to reach their full potential feeding themselves with multiple experiences along the way, overcoming mental blocks and traumas to progress and enrich their art form. Leadfoot Rivet is such.
As a singer his powerful and moving voice can paint a full scope of emotions, gaining depth and warmth over the years : a very unique instrument. As a songwriter he now has the power and style he developed from his mentors and masters Randy Newman, Johnny Cash, John Prine, Jimmy Reed, Muddy Waters, Rodney Crowell or Guy Clark amongst a long line of songsters and troubadours.
As a musician, he has made the synthesis of his wide influences blues, folk, soul & country musics, even fado, sòn, milonga and oriental and central asian musics! Even his rather basic playing on harp and guitar define & characterize his own style. And he has the knowledge to get the best out of his sidemen.
That’s what you can hear in his latest offering „Welcome to my mongrel music world.“
Over the years he has collaborated as a songwriter with Larry Garner, Tom Principato, Neal Black, Fred Chapellier, the Mercy Band and french rock icon Bashung.
His records are graced by appearances by Tommy Castro, Roy Rogers, Amos Garrett, Popa Chubby, Tom Principato, John Mooney, Larry Garner, Joanna Connor and he has shared the stage with Sam Myers, Anson Funderburgh, Smokin’Joe Kubek, Duke Robillard, Calvin Russell, Neal Black, Billy Price, Larry Garner, Amos Garrett and many others.
The great Mighty Sam Mc CLAIN says of him: „Voice, lyrics anf feeling, I’m very impressed.“ And Mighty Mo Rodgers „You really FEEL the blues.“ Even the legendary Blind Sam Myers was calling him to the stage to end his own shows!!
From his birth amongst american culture loving froggies and raised by classical singers parents, he has found his way thru the sixties with seminal french bands like the Turnips then the Murators for his first recordings with Fontana and Vogue, the musical HAIR in Belgium, lots of travels around the world in the seventies plus a recording contract with RCA and the production of several albums notably the soul group BAD CHILD.
Then in the 80’s he started the famed rock/blues/country band ROCKIN’CHAIR while he was also a DJ on pionneer free radio RFM, then launching with Philippe Langlois the Dixiefrog & Voodoo labels and touring in the 90’s artists such as Bo Diddley, Wilson Pickett, Donovan, Zachary Richard, Mari Boine, Gatemouth Brown, the Flyin’Burrito brothers, Peter Green, Kevin Ayers, Kevin Coyne, Jimmy Rogers, Junior Wells, Johnny Copeland, Tommy Castro and a bunch of other stars and legends of american music.
All this alongside his own musical career becoming even more active since 1998 with new albums of his own and side projects the Blues Conspiracy (with Neal Black & Nico Wayne Toussaint) and the Drinkhouse Preachers (with Neal Black and Pat Boudot-Lamot) till this milestone new album you’re holding now and …who knows what the next step will be?