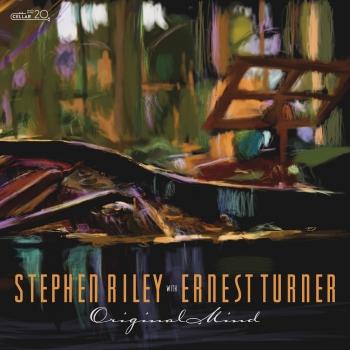 Steve Riley
was born in Greenville North Carolina on November 19th, 1975. Growing up his mother Rhonda Riley was a music teacher (classical voice & piano). At age 4 she started Stephen and his older Brother Jonathan on Violin, both studying the Suzuki method. At age 10 Stephen began playing Alto Saxophone and became very interested in Jazz. He began listening and absorbing the sounds of Miles Davis, John Coltrane, Charlie Parker, Sonny Rollins, Lester Young, etc..... By the time he reached high school, he was accepted into a school of the arts in Florida (where his mother was on faculty). During this time he made the transition to tenor saxophone. By the time he was 17 years old, he was a winner of the Stan Getz/Clifford Brown fellowship award. Bassist "Rufus Reid" was one of the judges for this competition and invited Stephen to come to William Patterson University, in Wayne New Jersey (Where Rufus was head of the Jazz Department). After a year at William Patterson univ, He moved to New York city, where he was quickly noticed by many highly esteemed Jazz Artists. Stephen Began touring and recording with such artists, Wynton Marsalis. And "Lincoln center jazz orchestra" The Harper Brothers (European Reunion Tour) The Mingus big Band (shows at "The Time Cafe" NYC). ...
Ernest Turner
Award-winning and GRAMMY-nominated pianist and composer Ernest Turner’s professional career has spanned 20 years, and has included performances and recordings with some of the biggest names in jazz and pop music, including Delfeayo Marsalis, John Legend, Raphael Saadiq, and the New Orleans Jazz Orchestra. His latest album, My Americana (2019), offers an understated “ode to black American music” rooted in an innovative reimagination of pieces by Stevie Wonder, Fats Waller, and others, alongside original compositions. In addition to an active performance schedule, he has conducted numerous music clinics and educational performances, and was a former faculty member at Eastern Carolina University. Turner placed second in the 2019 Jacksonville Jazz Piano Competition, and his trio was selected as the winner of the 2019 DCJazzPrix Competition.