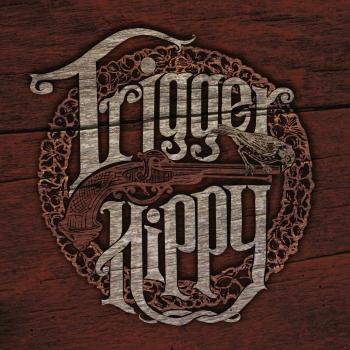 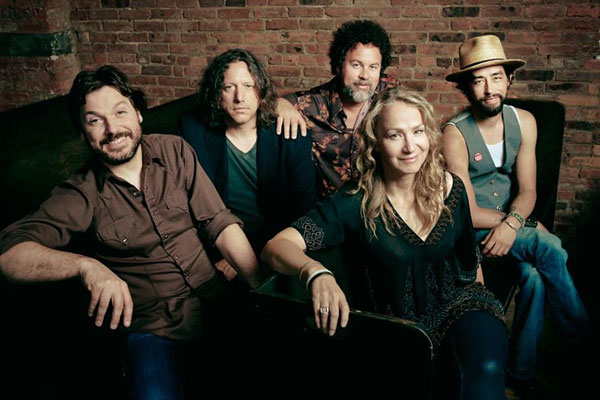 Trigger Hippy
covers a lot of ground on its self-titled debut album. Cruise through the 11 tracks from this well-credentialed Nashville quintet and you’ll hear propulsive rock, gritty blues, heart-searing soul, sinewy grooves, sublime vocal harmonies and a rich, earthy sensibility steeped in Americana roots. What to call it? Drummer and co-founder Steve Gorman favors “a rock band that can jam.”
These musicians can certainly do that. Gorman, of course, also co-founded The Black Crowes more than 25 years ago; and is considered one of the best rock drummers of his generation, playing not only with the Crowes, but also with Jimmy Page, and Stereophonics, among others. Singer Joan Osborne has released seven albums since her triple-platinum 1995 debut Relish and its Top 5 hit “One of Us;” she’s also collaborated with The Dead, Phil Lesh & Friends, and Motown’s Funk Brothers, with a featured role in the film Standing In The Shadows of Motown. Singer-guitarist-keyboardist Jackie Greene, who performed with The Black Crowes during the band’s 2013 tour, has seven solo albums to his credit and has logged time in Phil Lesh & Friends, among others. Tom Bukovac is a first-call Nashville cat who won five consecutive MusicRow Session Guitarist of the Year awards, while bassist Nick Govrik performed in his former band Highwater and played more recently with singer Mike Farris.
“Sure, you can see this as a ‘player’s band,’ but it really is a band, in the true sense of that word,” explains Gorman. “We don’t see this simply as a project. It’s vital that Trigger Hippy be a real communal effort that feels good to all of us.” Osborne adds, “Steve is not a person who thinks small. He kind of said, ‘Well, who would I get if I could get everybody I wanted?’ and went for it. We all have very complementary strengths.”
Those strengths are on full display throughout the debut album, Trigger Hippy, released by Rounder Records. The tunes seamlessly blend together the Trigger Hippy members’ individual sounds and both personal and collective influences, stirring clearly defined touchstones into one of those musical stews that’s both timeless and right on time. “Rise Up Singing,” the lead track and first single, kicks things off with the hand-clapping joy of a revival tent meeting, while “Turpentine,” “Tennessee Mud,” “Pocahontas,” and “Nothing New” crank with fiery authority to complement the slinky blues flavor of “Cave Hill Cemetery” and the expansive journey of “Dry County.” “Heartache on the Line” and “Ain’t Persuaded Yet” nod towards the Memphis end of the soul spectrum, while Govrik closes the set with the aching, Band-esque paean “Adelaide.”