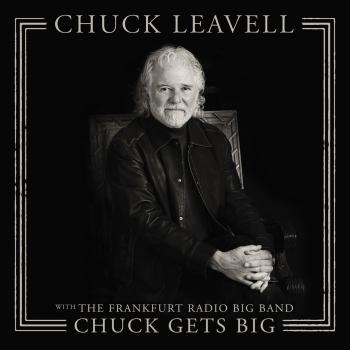 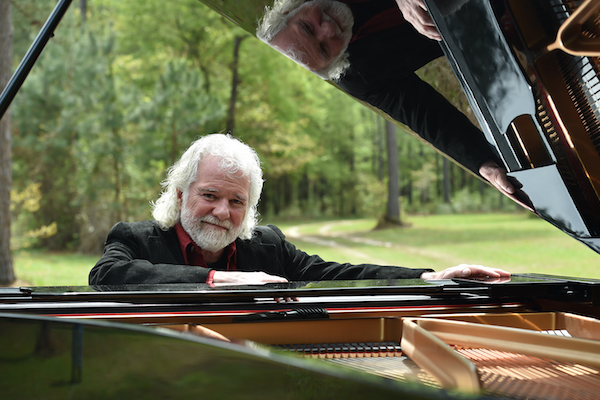 Chuck Leavell
has been pleasing the ears of music fans for more than 40 years now. His piano and keyboard work has been heard on the works of Eric Clapton, The Rolling Stones, John Mayer, The Black Crowes, George Harrison, The Allman Brothers Band, The Indigo Girls, Blues Traveler, Train, Montgomery-Gentry, Lee Ann Womack and many, many more. In addition to being a well established pianist/artist in the music industry, Leavell is also a published author, long time tree farmer, co-founder of the popular website The Mother Nature Network, and keeps busy with his advocacy work on behalf of the environment. At the age of 13, Chuck got the opportunity to see Ray Charles in concert. He recalls, “Ray and the band played an incredible show, and it had such an impact on me that I made up my mind there and then that that was what I wanted to do. I decided that night what I wanted as my career.” When he was 15, Leavell made his way to Muscle Shoals, AL, and the legendary studios there, where he played on several records, including Freddie North’s soul classic Don’t Take Her, She’s All I’ve Got.
In 1970 Chuck moved to Macon, GA, where Southern music impresario Phil Walden had recently opened Capricorn Records and studio. There he worked his way through the ranks recording and touring with Alex Taylor (brother of James Taylor), Dr. John, country legend Kitty Wells, The Marshall Tucker Band and others. In 1972 having just turned 20 years old, Leavell was asked to join the Allman Brothers Band. The first album he recorded with the band was Brothers and Sisters, which included the classics “Ramblin’ Man” and “Jessica.” The album hit number one on Billboard’s Pop charts, and he went on to record several more albums with them before the Allmans temporarily disbanded in 1976.
Emerging from the break-up of the Allman Brothers Band, Leavell formed the rock/jazz/blues fusion group Sea Level with Allman’s drummer Jaimoe. The band toured relentlessly during the late ’70s and released five critically acclaimed albums. Catching the ears of and becoming friends with the late rock ‘n’ roll impresario Bill Graham and keyboardist Ian Stewart, the original “sixth” Rolling Stone, in 1982 he was invited to assume a significant keyboardist/vocalist/musical director role for the Stones that continues today. Says guitarist Keith Richards: “Without the continuity that Chuck brings to us, the Stones would not be the Stones.” Leavell describes his role with the Stones as a “sort of musical navigator” who keeps track of arrangements and keeps things balanced in addition to spicing up the music with his keyboards. In 1999, Leavell released his first seasonal album, What’s In That Bag? on Capricorn Records. Since that time it has become a holiday favorite and it continues to rate highly every year in Christmas CD sales.
In 2001, Leavell released Forever Blue: Solo Piano, a collection of seven original songs and three classics including “Georgia On My Mind.” With this release, Leavell reached down deep in his soul and his roots and created an extraordinary piece of work. Forever Blue is still one of the most popular solo pianos CDs around.
His next release, Southscape has been described as “Southern Jazz”, and is Leavell’s musical portrait of the south he grew up in and still lives in today. The nine tracks include eight new songs written or co-written by Leavell and a wonderful re-visitation of the classic “Jessica” that he is so well known for.
The record-breaking 2005-2007 Rolling Stones’ “A Bigger Bang” tour marked Chuck’s 25th year with the band, and the 147 show tour proved yet again that the Stones are indeed the “World’s Greatest Rock ‘n Roll Band.” But Leavell didn’t stop at the end of that tour…he immediately put a band together in Germany and did his own tour of Europe in September of ’07 called “Green Leaves and Blue Notes” that resulted in his double disc live recording, “Live In Germany”, released in spring of 2008. Since then, he has continued recording with various including, the Montgomery-Gentry Band, Miranda Lambert, Heidi Newfield, and two new Nashville artists, Lady Antebellum and David Nail. He also recorded with Mike Gordon of Phish on his “The Green Sparrow” CD.
He then focused on a new book called “Growing A Better America: Smart, Strong and Sustainable”, which has become one of the most appreciated and celebrated books about “Smart Growth”. He also embarked on recording a new CD called “Back To The Woods: A Tribute to the Pioneers of Blues Piano”, which has become a classic appreciation of blues piano. He spends much of his time in-between projects working on The Mother Nature Network (mnn.com), which has become the most visited environmental website in the world that he co-founded with his partner, Joel Babbit, in January of ’09. ...