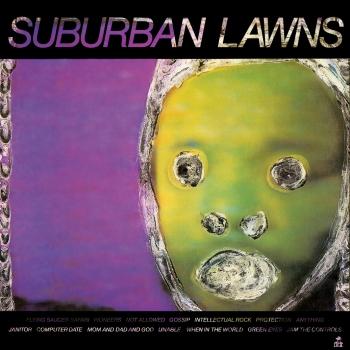 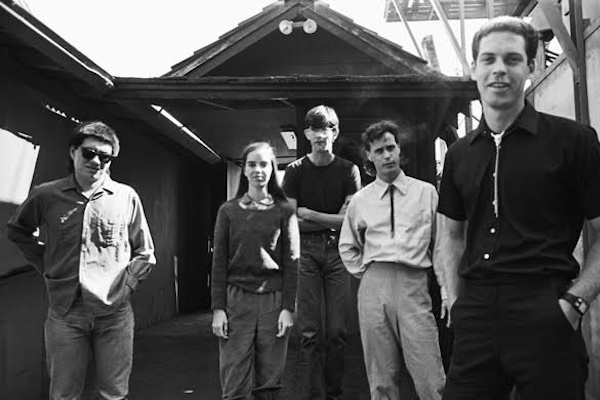 Suburban Lawns
was formed by two CalArts students, Sue McLane and William Ranson, the pair adopted the respective stage names Su Tissue (vocals and keyboards) and Vex Billingsgate (bass and vocals), and teamed up with guitarists Frankie Ennui (born Richard Whitney) and John Gleur (real name John McBurney) and drummer Chuck Roast (aka Charles Rodriguez). Between 1978 and 1983, Suburban Lawns gigged frequently on the West Coast new wave circuit, and put out two successful indie singles ("Gidget Goes to Hell" and "Janitor") before they cut their self-titled debut album for I.R.S. Records in 1981. On vinyl, Suburban Lawns sound unrelentingly "clever" and a bit too self-consciously quirky for their own good, but there's more than enough surreal humor in the lyrics of tunes like "Flying Saucer Safari," "Computer Date," and "Intellectual Rock" to compensate, and the musicians had impressive skills to pull off the breakneck tempos and acrobatic guitar figures that dominate these songs, sounding taut and jaunty at each turn. And though Vex Billingsgate's "Local television announcer gone berserk" vocal style had its charms, Su Tissue's three-way cross between Nico, Yoko Ono, and a performance poet working on two hours sleep was not only a touchstone of the era, but a witty and singular sound in its own right. Suburban Lawns manages to sound like the archetypal '80s new wave album and an arty pop project that doesn't bear close resemblance to anything else at the same time, and either way you look at it, it's an off-kilter triumph. (Mark Deming, AMG)