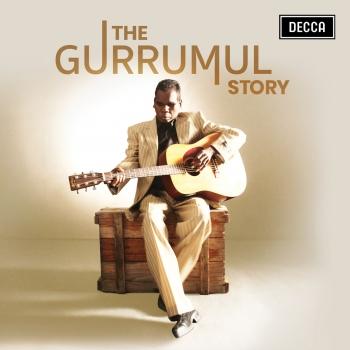 Geoffrey Gurrumul Yunupingu
Born blind, the Indigenous Australian singer/songwriter Gurrumul (1971-2017) grew up on Elcho Island (Galiwin'ku), off the coast of tropical North East Arnhem land in Australia’s Northern Territory.
A member of the Gumatj clan and a speaker of the indigenous Yolngu language, Gurrumul’s songs describe identity and spirit, connection with the land, the elements, and the ancestral beings to whom he is related. His fragile but uniquely emotive high-tenor voice and aura-like persona elicit feelings of peace and longing in listeners.
Gurrumul first came to the world’s attention when his self-titled debut album Gurrumul was released to international acclaim in 2008. His angelic voice connected with fans the world over, including such notable figures as Elton John, will.i.am, Sting, Gary Barlow, Quincy Jones and Stevie Wonder.
To date, over half a million Gurrumul albums have been sold worldwide. He has won nine ARIA awards, and was posthumously named Australian Artist of the Year in 2018. Following a long battle with illness, Gurrumul passed away in 2017 at the age of 46.