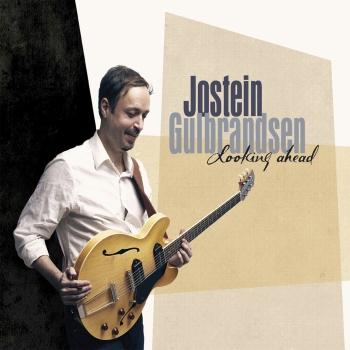 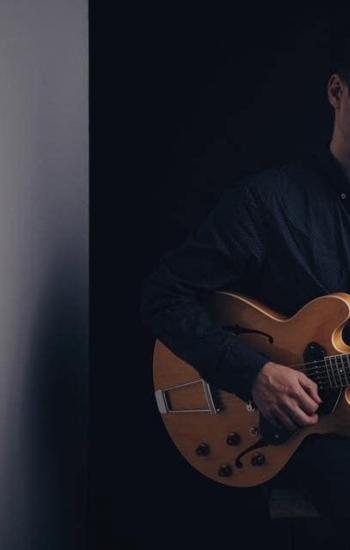 Jostein Gulbrandsen
grew up in Norway and started playing the guitar at the age of 9. In 1997 he started studying at Agder College of Music in Norway. After two years he left to continue his studies at University of North Texas, where he received a scholarship. He later moved to New York to attend Manhattan School of Music. He studied with Chris Rosenberg, Dave Liebman, Justin DiCioccio, Garry Dial, Mark Soskin, Gerard D'Angelo and Phil Markowitz and received a Masters Degree in Jazz Performance in 2003. In 2005 Gulbrandsen performed for the Norwegian Royal Family, King Harald and Queen Sonja, in the Norwegian Seamans Church, New York. This concert celebrated that Norway became independent from Sweden, 100 years ago, in 1905, and was heavily promoted in Norway and the U.S. Gulbrandsen was the house guitarist in the concert, and several of his own compositions where performed. He was also featured as an improviser. This concert was shown on Norwegian National Television. He later worked with the Norwegian SONY/BMG artist Christine Guldbrandsen who was representing Norway in the Eurovision Song Contest in 2006. In 2007, he released his first CD "Twelve" (with Jon Irabagon, Eivind Opsvik and Jeff Davis) on the Spanish record label Fresh Sound New Talent. The CD was on the top 5 list in the Village Voice paper edition in New York.(Tom Hulls jazz consumers guide), and has been played on NPR (Tom Cole's G-strings). It received great reviews both in Europe, the U.S and Japan.(from Norways biggest paper Dagbladet, Dagsavisen , Side 2, All About Jazz and others). The CD release party for the album, was held at Cornelia Street Cafe in New York, and a journalist from Mid-Norways biggest paper, Adresseavisen, was covering the concert and interviewed Gulbrandsen. The 2- page article in the paper edition of the newspaper, included both an interview and photos from the concert. After the release he was also interviewed in the paper edition of All About Jazz, and several other Norwegian Newspapers( Tronderavisa and Namdal Arbeiderblad.) In December 2008 he performed with his own group, The Jostein Gulbrandsen Quartet, at the well-known jazz-club Blues Alley in Washington D.C. The event was sponsored and heavily promoted by the Norwegian Embassy. In addition he has performed with his own trio, The Jostein Gulbrandsen trio, at Scandinavia House for the last four years, the concert in 2009 was filmed an broadcasted by the Copenhagen Voice. He plays guitar on Matt Grason Motel projects "Lost and found" a CD that received great reviews in Jazz Times Magazine and a photo from the release concer was featured in All About Jazz. , Joe Abba and many others. In 2008 he received and artist endorsement from the Candian guitar company Godin guitars, Gulbrandsen is also an endorser of Curt Mangan Strings. In addition to this, he has performed at several great venues with his own groups and as a sideman, including Blue Note, Blues Alley, The Kennedy Center, B.B Kings Blues Bar, Hard Rock Cafe NYC, Smalls, Smoke, HR57, Cornelia Street Cafe, Saint Peter's Church and Bar Next Door/La Lanterna, .He has also toured in Norway, Scotland and Japan. The Jostein Gulbrandsen trio, with Ike Sturm-bass and Ronen Itzik, just recorded a new album scheduled to be released in 2010 and with an upcoming European tour. He is also a faculty member at Woodside Music Studio's in Park Ridge, New Jersey. "Gulbrandsen makes a solid impression both as an instrumentalist and a composer" Terje Mosnes,Dagbladet "With his first CD as a leader,we get the message that Norway has been blessed with another jazz guitarist of high caliber" Tor Hammerø, Side 2, Nettavisen