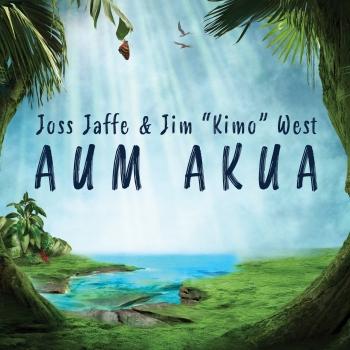 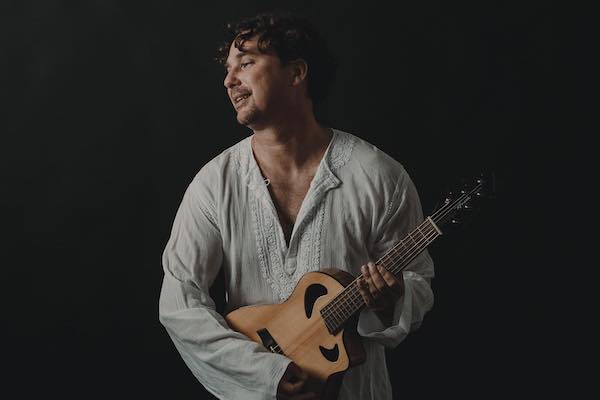 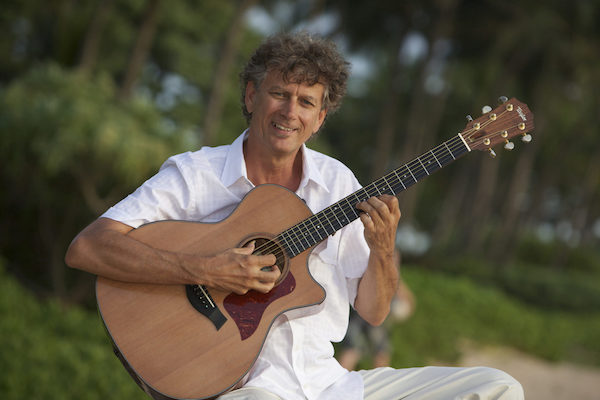 Joss Jaffe
performs as a Vocalist, Tabla player and Multi-Instrumentalist. As a composer and producer he has created innovative albums including Svara Mandala, Echosystem and Dub Mantra to critical acclaim. Joss has collaborated with numerous artists including Grammy Award nominees Jai Uttal, Silvia Nakkach and Dave Stringer as well as Grammy Award winning Reggae artist Mykal Rose of Black Uhuru.
Joss Jaffe’s music is rooted in his desire to unite people through spirit, love, joy, community and consciousness. Joss creates innovative songs that bring international artists from different cultures and languages into a nexus where new music is discovered. His music invites the audience into a space of spontaneous joy.
Joss’ earliest memories include mantra chanting, listening to 60’s-70’s era vinyl records, and experiencing the sounds of the world through travel. By age 9 he could play guitar and began writing and producing his own songs. Drawn in by the music of India, at 16 he studied tabla, sarode, and vocal music from Ustad Ali Akbar Khan and Pandit Swapan Chaudhuri. His studies with them continued for the next 10 years.
Jim Kimo West
is recognized as one of the world’s top “slack key” guitarists and brings his own unique musical perspective to this great acoustic guitar tradition. He is a 2021 Grammy® Award winner for his CD, “More Guitar Stories” and a 2019 Grammy® nominee for “Moku Maluhia-Peaceful Island”. He is also a winner of the 2008 Hawaii Music Awards, a three-time Na Hoku Hanohano (the Hawaiian “Grammy”) nominee and a two-time winner of the LA Treasures Award for his contributions toward the perpetuation of ki ho’alu.
In 1985, after a long summer on the road with musical satirist “Weird Al” Yankovic, Jim West made his first trip to Hana, Maui and fell in love with cultural and physical landscape of Hawai’i, sometimes spending a couple months a year there. It was there that he also discovered “ki ho ‘alu” or as it is more commonly called, “slack key” guitar, an old Hawaiian style of playing where the strings are loosened or “slacked” to different tunings, allowing the bass, chords and melody to be played simultaneously.
Already a devotee of playing in altered, non- standard tunings, he quickly fell in love with the gentle spirit of slack key and the great sense of discovery that comes with exploring new tunings. Records by Gabby Pahinui, The Sons of Hawai’i, The Sunday Manoa and Peter Moon played continuously on the turntable or cassette deck and Jim absorbed ki ho ‘alu more or less, by osmosis. Jim didn’t concentrate on learning the standard riffs and songs but instead, developed his own slack key vocabulary, which now defines his very unique approach to this great tradition.
His numerous CD’s fuse traditional slack key with his own musical language, while still retaining the essence of its “nahenahe” or “gentle” style. Jim, or “Kimo” as he is called in Hawai’i, has performed at most of the Slack Key guitar festivals in Hawaii and on the mainland. His playing has been featured in a number of films, TV spots, the Disney Channel and National Public radio and he has shared the stage with most of the living legends of ki hoa’lu.
Between composing commissions, session work and slack key guitar shows, Kimo also finds time to hone his production chops with CD’s for a number of independent artists. Projects include “Eia Mai Ka La-Here Comes The Sun” (The Mountain Apple Company) for Los Angeles-based Hawaiian performer Kapo Ku and Hawaiian tributes to Sublime and the Eagles for LA’s CMH Records (cmhrecords.com). His film and TV credits include work for 20th Century Fox, Nickelodeon, The Disney Channel and Marvel. Kimo's music has been heard on all major networks, in many documentaries as well as in a number of web series. His new CD, “Ka Honua Maluhia-Peaceful World” is an eclectic mix of original slack key compositions and features the original artwork of acclaimed Big Island artist, Harry Wishard.