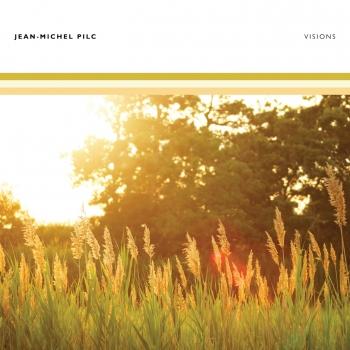 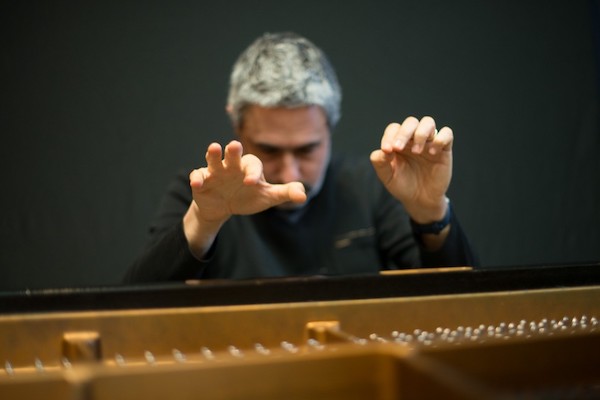 Jean-Michel Pilc
Born in 1960 in Paris, now an American citizen, self-taught pianist and composer Jean-Michel Pilc has performed with numerous jazz giants: Roy Haynes, Michael Brecker, Dave Liebman, Jean Toussaint, Rick Margitza, Martial Solal, Michel Portal, Daniel Humair, Marcus Miller, Kenny Garrett, Lenny White, Chris Potter, John Abercrombie, Mingus Dynasty & Big Band, Lew Soloff, Richard Bona etc. He has also worked with Harry Belafonte, as his musical director and pianist, and has performed a duet with the legendary opera singer Jessye Norman.
Jean-Michel moved to New York City in 1995. There, he formed a trio with François Moutin (bass) and Ari Hoenig (drums). They recorded a one-week engagement at the legendary jazz club Sweet Basil and, in 2000, released two CDs: Together - Live at Sweet Basil, NYC - Vol. 1 & 2 (A-Records). Pilc then signed a record deal with Dreyfus Jazz. His first album for Dreyfus, Welcome Home (featuring the same trio), was released in 2002. Jean-Michel's next recording, Cardinal Points, was released the following year. It featured his extended work Trio Sonata, created with generous support from Chamber Music America New Works: Creation and Presentation Program, funded by the Doris Duke Charitable Foundation.
In 2004, Jean-Michel released his first solo album, Follow Me (Dreyfus). Then he returned to trio format to record Live at Iridium, NYC, in 2004, New Dreams in 2006, and True Story in 2009 (featuring Billy Hart). This was also a period of intensive touring all over the world.
In 2009, Jean-Michel received his second New Works Grant from Chamber Music America, for the writing and performance of Modern Lights, a composition reflecting Charlie Chaplin’s work, and the inspiration Jean-Michel has gained from his movies. The project was premiered at the Caramoor Jazz Festival in August 2009.
Jean-Michel’s next two albums were both released in 2011 on the Motema label to great critical acclaim: Essential, a live solo piano recording, and Threedom, featuring his legendary trio with François Moutin & Ari Hoenig, which had re-formed in 2010 under the collective name Pilc Moutin Hoenig. There is also a documentary out by John McCormick titled Jean-Michel Pilc – A Portrait (2009, Living Jazz Archive).
In 2013, Jean-Michel was granted a Fellowship from the John Simon Guggenheim Memorial Foundation, in the Music Composition category. The project was an octet, Big One, featuring all new original music.
In 2015, Jean-Michel released What Is This Thing Called? his third solo album and first release for Sunnyside. Jean-Michel is also a virtuoso whistler, as documented on a solo piano & whistle track in the CD Christmas from the Blue Note (2010, Half Note).
Always a busy performer, Jean-Michel has been very active in 2013-2016 as a leader, performing mainly solo and trio, and touring many places including Japan, Taiwan, Europe, USA and Canada. He has also been in high demand as a co-leader and sideman, participating in numerous projects over the world and recording more than 10 CDs. Among these projects and recordings: duos with Kenny Werner, Sam Newsome, Sylvain Luc and the legendary Martial Solal, trio with Thomas Bramerie & André Ceccarelli Twenty, guitarist Teriver Cheung Hong Kong Episodes, Greek bass player Petros Klampanis Contextual, NYC drummer Tony Moreno Short Stories, Moutin Reunion Quintet Deep, Brazilian guitarist Fabio Gouvea, Dutch bassist Jasper Somsen, Danish bassist Mads Vinding, and many others.
Jean-Michel has also built a strong international reputation as a very unique educator. Between 2006 and 2015, he was a NYU Steinhardt faculty member, giving private lessons (piano and other instruments), ensemble classes and improvisation workshops. He was Co-Director of NYU Summer Jazz Improv Workshop in 2010. Jean-Michel also taught for the New School in NYC, as well as privately.
At the same time, he released a book, It's About Music - The Art and Heart of Improvisation (Glen Lyon) and an educational video for all instruments, True Jazz Improvisation (JazzHeaven), followed by another video for JazzHeaven, Transcending the Instrument, about piano playing and practicing. All have been praised by his colleagues, and highly influential in the field of jazz education.
Since September 2015, Jean-Michel is an Associate Professor at The Schulich School of Music of McGill University in Montreal. There, he is teaching jazz, piano, and improvisation (all instruments), and also a Seminar on improvisation in all styles to 30 McGill jazz and classical students. He has acted as Jazz Area Chair between 2016 and 2018.
Jean-Michel also keeps releasing pedagogical material, including 2 video masterclasses on Improvisational Fluency for MyMusicMasterclass.com, as well as a masterclass in French, Anatomie d'un standard, for iMusic School.
Jean-Michel is currently working on several Montreal-based projects, as well as on new solo projects and on the "Improvisation Workshop Project," funded by the Fonds de Recherche du Québec -Société et Culture (FRQSC). He has released his fourth solo album, "Parallel" (Challenge Records) and gives solo concerts internationally. He also continues to play with NYC-based groups such as Pilc-Moutin-Hoenig and his US Trio with Sam Minaie and Jerad Lippi. He has also been a special guest of the Montreal-based "Orchestre National de Jazz" and a sideman of various Montreal musicians.
Jean-Michel is now a Justin Time Recording Artist. Several singles are being released in 2020-21 and will be followed by extended plays. He is represented by the Montreal-based Artist Agency Latitudes 45 Arts Management & Booking Company.