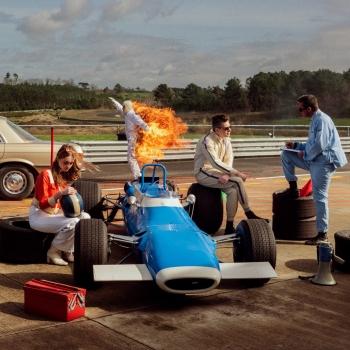 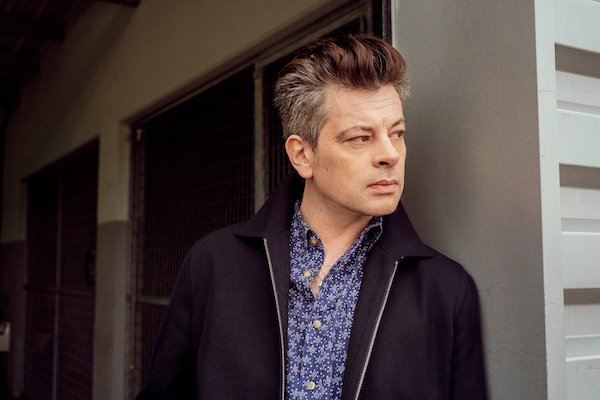 Benjamin Biolay
Often compared to the legendary Serge Gainsbourg, singer/songwriter/arranger Benjamin Biolay is less apt to call on a Brigitte Bardot or Françoise Hardy to sing his songs when he can do it just as well himself, although Gainsbourg did often duet with his protégées, most notably Jane Birkin on the scandalous international hit "Je T'aime...Moi Non Plus." Not that the handsome, honey-voiced Biolay hasn't worked with a few female vocalists on occasion; for instance, his younger sister Coralie Clément, who has at times been compared to Hardy and Birkin. Biolay arranged and wrote most of the songs on her 2001 debut Salle des Pas Perdus (which was released in the U.S. in 2002). Biolay is also a renaissance man of French chanson, whether he is extending the tradition as a songwriter, as on his 2007 Trash Yeye, paying tribute to the great singers and songwriters of the past, as on 2015's Trenet, or re-visioning tango and Latin American cumbia as 21st century French pop for Palmero Hollywood. This former enfant terrible of song has evolved into a respected, award-winning producer without a shred of compromise. As such, he possesses a keen ear for showcasing the talents of iconic singers such as Coralie Clément and Keren Ann, while adding previously unheard dimensions to the music of others (Vanessa Paradis).
Biolay was born in Villefranche-sur-Saône, France in 1973. His father was a clarinet player and member of the local orchestra. Biolay played the violin as a young man, going on to study the instrument at the Lyons Conservatoire. Over the years, his musical interests would grow to encompass classical (Mozart, Beethoven), American pop (Chuck Berry, the Beatles), and traditional French music (Trenet). From the violin, he moved on to the tuba, trombone, guitar, and piano. When he was 13, he discovered Gainsbourg's "Histoire de Melody Nelson," which would have a big influence on his own concept recording (2001's Rose Kennedy). From his teens through his early twenties, Biolay was a member of several groups, including Wind? and Mateo Gallion. The latter released a CD in 1994, which had little impact. In 1996, he was signed as a solo artist to EMI, but his initial singles met with little success. Then, in 1999, he met Keren Ann Zeidel (aka Keren Ann), with whom he composed the 2000 French hit "Jardin D'hiver" for Henri Salvador's comeback album Chambre Avec Vue. He would go on to collaborate with Keren Ann on Biographie de Luka Philipsen (2000) and La Disparition (2002). In some form or another, Biolay has also worked with Hubert Mounier (aka Cleet Boris), Isabelle Boulay, Françoise Hardy, and Jane Birkin. ... (Kathleen C. Fennessy, AMG)