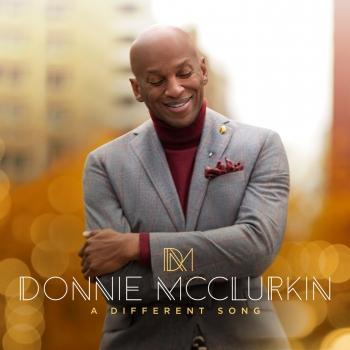 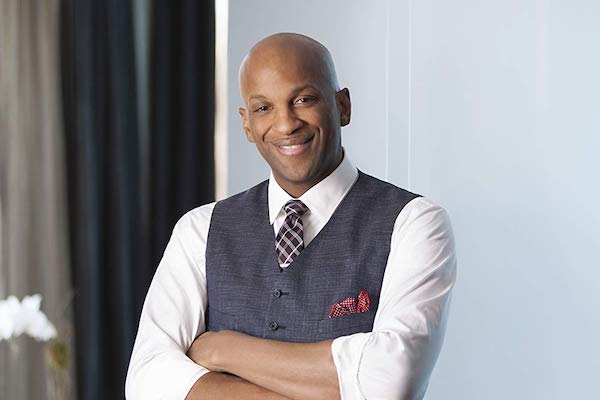 Donnie McClurkin
Known worldwide as the tall raspy tenor who commands your attention with his powerful and rich sounding vocals, Donnie McClurkin has more than proven that he is far more than a gospel singer. The man behind the platinum and gold selling CD(s) is an amazing songwriter that not only have penned chart topping tunes like, “Stand” and “We Fall Down,” but has also worn the hat of producer on his projects. His knack for nailing songs that others can identify with and serving them up with a compelling vocal delivery has helped McClurkin to carve out a spot in the hearts of millions.
Finding enough space on the mantel and in his trophy case to store all the awards is a different story. Year 2010 started with McClurkin being honored with a BMI Trailblazer’s Award alongside his mentor, Pastor Andrae Crouch, he received his third GRAMMY Award for “Wait On he Lord”, the hit single with Karen Clarke Sheard from his We Are All One: Live From Detroit CD, and was nominated for another NAACP Image Award in the Outstanding Gospel Artist category. In 2007 McClurkin was honored at both the 15th Annual Trumpet Awards and the NARAS Recording Academy – NY Chapter. Nestled beside the honoree trophies are several other Grammy, Dove, BET, Soul Train and NAACP Image Awards, statuettes and plaques.
McClurkin’s talent did not go unnoticed by “the suits” on the other side of the entertainment fence. The studios soon came calling for McClurkin to create tunes for soundtracks such as, “Lady Killer’s” (New Line), “The Prince of Egypt” (DreamWorks) and “The Goofy Movie” (Disney). From the concert stage to the big and small screen, fans have also seen this gospel crooner shine in cameo appearances on UPN’s “The Parkers”, “Girlfriends”, “Meet The Browns” (Tyler Perry Paramount Pictures, “The Fighting Temptations” starring Cuba Gooding, Jr and Beyonce’ Knowles and a myriad of Award Shows. However, it was in Sony Screen Gems/ Rainforest Films “The Gospel,” starring Boris Kodjoe and Idris Elba, that McClurkin made his debut in a character role. His face has been sprawled on the pages of USA Today, New York Times, Essence Magazine, Ebony & Jet Magazines, Billboard, Daily Variety and The Hollywood Reporter. There is definitely far more to this man than his music.
It was never McClurkin’s intent to retire as a recording artist. He always knew that singing was just one of the gifts that would be used as a platform to crossover to another arena in the business. His long-time vision of starting a record label has finally arrived; Camdon Music, the name of McClurkin’s label, is well on its way to becoming a reality. Heading up a label will position him to showcase his many gifts while allowing his keen ability to hear great talent and discover the musical potential in artists from every walk of life. Already signed and sealed to Camdon Music is McClurkin’s sister, Andrea Mellini, who sang background with him on all his recordings, and Perfecting Faith Choir.
Camdon Records will not only be home to the best music around, but it will feature the spoken word as well. The Donnie McClurkin Ministry Series, which can currently be found in Wal-Mart stores across the U.S. and www.camdonmusic.com is another division of the label that fans will enjoy. Powerful messages like “The Valley of God” and “Attachments” is just a sample of what’s to come.
When asked what message he wants his life to convey, McClurkin says, “I hope people will be able to say that I really had a true relationship with God,“ he concluded.” “Not only did I sing it, but also my very life exemplified it… no façade or hypocrisy. When I was wrong, I was wrong, but I took blame rather than allow holiness to appear to be some fabricated way of life. I want that people will not have seen me, but rather seen that this is what a relationship with Jesus is like and I would hope it could be said that holiness was what I lived, and what I passed on to the next generation, and the next.”