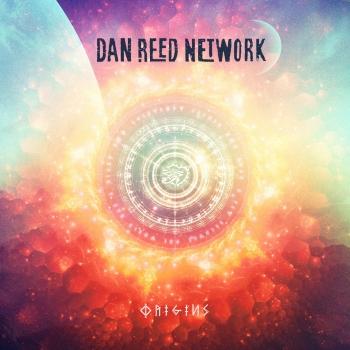 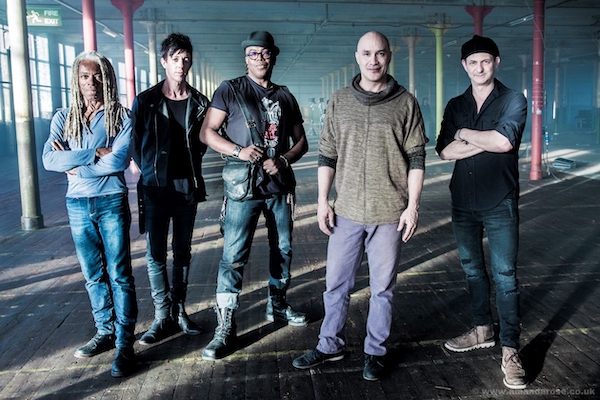 Dan Reed Network
formed in Portland, Oregon and began packing out the local clubs from late 1984 through 1986 with their infectious mixture of hard rock, funk and soul elements. After releasing their local EP ‘Breathless’ with Dark Horse Records and finding a top ten single on local radio entitled ‘Steal Me’ DRN signed to Polygram/Mercury Records with the aid of Derek Shulman, who was enjoying great success with his other signings ‘Bon Jovi’ and ‘Cinderlla’. DRN were then managed by legendary concert promoter Bill Graham from San Francisco, who at the time compared the energy of DRN to the first time he say The Rolling Stones on stage. In the winter of 1987 the group released their debut album, produced by Bruce Fairbairn (Bon Jovi, Aerosmith) and engineered/mixed by Mike Fraser in Vancouver, Canada. They released their first single “Ritual”, which peaked at number 38 on the US Billboard Charts and was a staple of what became known as ‘Funk Rock’. The Dan Reed Network album received many positive reviews, not the least of which being a four-star write-up from the notoriously hard-to-please ‘Rolling Stone Magazine’. The first album brought DRN over to Europe and created the legendary performances at the Marquee Club in London and the The Melody Club in Stockholm which are still talked about to this day. While at the Rock and Roll Hall of Fame induction ceremony in January 1989 in New York Dan Reed met up with producer Nile Rogers (Duran Duran, Madonna, David Bowie) and this meeting led to the creation of Slam, produced by Rodgers, and better represented the Dan Reed Network’s live sound and accelerated the band’s growing status in Europe. At this time Def Leppard’s managers Cliff Burnstein and Peter Mensch would take the management reigns and offer the Dan Reed Network up as the opener for the the European leg of Bon Jovi’s ‘New Jersey Tour’ in 1989 and the Rolling Stones’ European ‘Urban Jungle Tour’ in 1990.
The Dan Reed Network’s third album ‘The Heat’, produced again by Bruce Fairbairn in 1991, was their biggest success in the UK, mostly due to their single ‘Lover’ with a live video released from their opening performance at Wembley Stadium in England with the Stones. Becoming disillusioned with the record business and all it’s trappings, Dan Reed took a different direction away from the business and in time the band eventually disbanded, much to the dismay of supporters around the globe.
Dan Reed Network played their 25th anniversary reunion show on New Years Eve 2012 in their home town of Portland, Oregon, with all the original band members Dan Reed, Dan Pred, Brion James, Melvin Brannon II and Blake Sakamoto. The members found it was incredibly fun being back together, playing the old songs like ‘Get to You’, ‘Ritual’, ‘Rainbow Child’, ‘Under My Skin’ and ‘Cruise Together’, among others. They especially enjoyed seeing the audience light up and dance the night away once again. DRN then decided it was a good time to bring the band and the music back to Europe and performed three sold out shows in Stockholm at ‘Debaser’, outside of London at the ‘Enchanted Festival’, and at the ‘Diamond Rock Club’ in Northern Ireland in October of 2013. This marked the Dan Reed Network’s first live shows in the Europe for over 20 years. DRN was then invited to play at England’s ‘Download Festival 2014’, and will also be touring once again in the UK, Sweden in 2015, with a new album planned for early 2016 in time for the summer festival circuit. The band also released a Pledge Music Funded double CD ‘DRN – Anthology’, a compilation which includes four new live tracks from shows in 2013, along with all the singles, b-sides, remixes, and unreleased tracks. ‘
DRN is back in full force and ready to kick out the rock and funk once again!