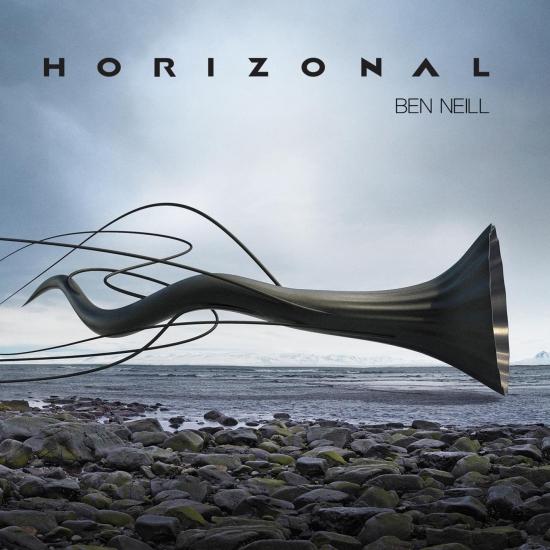 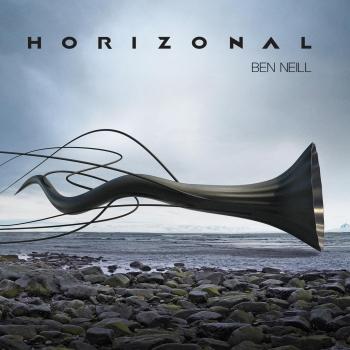 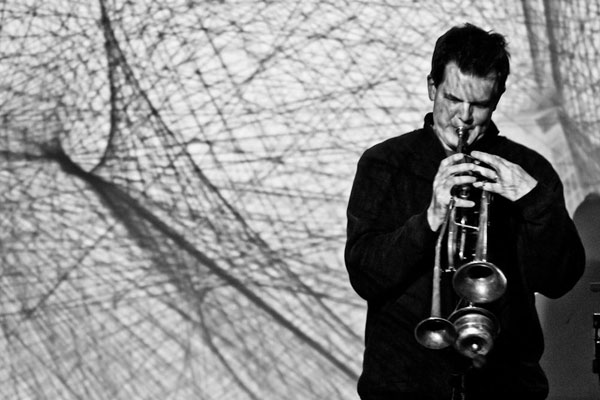 Ben Neill
is a composer, performer, producer, and inventor of the mutantrumpet, a hybrid electro-acoustic instrument. He has been called “a creative composer and genius performer” (Time Out NY),”the mad scientist of dancefloor jazz” (CMJ), and “a musical powerhouse, a serious and individual talent” (Time Out London). Neill’s music blends influences from electronica, jazz and contemporary classical music, blurring the lines between DJ culture and acoustic instrument performance.
The Demo, Neill’s electronic opera created in collaboration with composer/performer Mikel Rouse, was premiered at Stanford University’s Bing Concert Hall in April 2015. The Demo re-imagines computer pioneer Douglas Engelbart’s prophetic 1968 demonstration of emerging computer technologies such as the mouse, electronic messaging, video conferencing and word processing as a technologically infused performance. The piece employs a live network of interactive systems and instruments to reflect on the origin of those technologies. The Demo received a Rockefeller Foundation MAP Fund grant in 2015, and was developed at the University of Illinois and the National Center for Supercomputing Applications. The premiere received international press attention from major news outlets including the New York Times, Wired, and the Daily Mail in London.
Neill has recorded nine CDs of his music on the Universal/Verve, Thirsty Ear, Astralwerks, Six Degrees, Ramseur, New Tone and Ear-Rational labels. His next LP, Horizonal, will be released in Fall 2015 on Audiokult Records, based in Vienna, Austria. In 2010 his music theater work Persephone was presented at the BAM Next Wave Festival. Songs for Persephone, a CD of music from the theatrical production, was released in 2011 on Ramseur Records to critical acclaim. Neill has performed extensively in a wide variety of international settings including Lincoln Center, Cite de la Musique Paris, Moogfest, Spoleto Festival, Umbria Jazz, Bang On A Can Festival, ICA London, Istanbul Jazz Festival, Vienna Jazz Festival, and the Edinburgh Festival, to name a few. He has worked closely with many musical innovators including John Cage, LaMonte Young, John Cale, Pauline Oliveros, Mikel Rouse, Rhys Chatham, DJ Spooky, David Berhman, Mimi Goese, Page Hamilton, Nicolas Collins, and David Rothenberg.
Neill began developing the mutantrumpet in the early 1980s. Initially an acoustic instrument (a combination of 3 trumpets and a trombone combined into one), he integrated the instrument with electronics when collaborating with the synthesizer inventor Robert Moog. In 1992, while in residency at the STEIM (Studio for Electro-Instrumental Music) research and development lab for new instruments in Amsterdam, Neill made the mutantrumpet fully computer interactive. In 2008 he created a new version of his instrument at STEIM, and returned there in 2014 to design yet another version which will be completed in 2015.
Other aspects of Neill’s musical career include scoring for films and numerous national television commercials for leading brands such as Cadillac and Volkwagen. He “made music industry history” in 2002 (MSNBC News) by releasing Automotive, an album comprised of extended versions of music he originally wrote for Volkswagen TV and Internet commercials. He supported the release of the album by performing on an 18 city tour of the House of Blues and other major music venues in the US and Canada. The project was an innovative example of music and branding which is documented by Timothy Taylor in his book The Sounds of Capitalism.
Neill is also active as a sound and installation artist. His works have been exhibited in museums and galleries including Sandra Gering Gallery New York, Exit Art New York, Wellcome Gallery London, the American Museum of Natural History, and Paula Cooper Gallery. ITSOFOMO, his major collaborative piece with the late artist David Wojnarowicz, has been presented widely in venues such as The Tate Modern London, The Armand Hammer Museum in Los Angeles, The New Museum New York and PPOW Gallery New York, and was featured in the PBS documentary Imagining America.
A native of North Carolina, Neill is a graduate of Manhattan School of Music. He studied composition with minimalist composer La Monte Young and has led many performances of Young’s work in the 1980s and 90s, and in 2015 will lead concerts in New York, Warsaw, Paris, and Huddersfield. In May 2015 he was a Visiting Artist at the American Academy in Rome. Since 2008 he has been a music professor at Ramapo College of New Jersey.