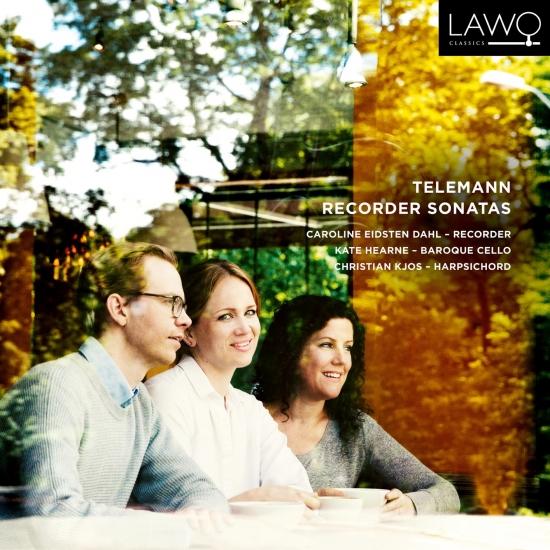 Georg Philipp Telemann gained fame over much of Europe during the middle of his own life for his gallant and mixed style. In 1726, learnèd poet Christian Friedrich Weichmann (1698–1770) compared him to the greatest musicians in Venice, Rome, Paris and London (Poesie der Nieder-Sachsen, part 3) and he was to receive increasing acclaim over the next 10 years. In 1740, influential music writer Johann Mattheson asserted in his Grundlage einer Ehrenpforte that Telemann had even eclipsed the two pioneers of the era, Lully (French style) and Corelli (Italian style).
However, after his death in 1767 Telemann quickly faded into oblivion. With Viennese classical style in full bloom and soon to transform into early Romanticism, Telemann’s body of work was to become passé. The new artistic ideal was that of the sensitive genius. Later Baroque composers who had a penchant for short, gallant phrases, and who even allowed themselves to caricature nations and imitate nature and weather phenomena, no longer conformed to the musical zeitgeist. In fact, most Baroque music was past its use-by date, with only parts of Handel and Bach’s oeuvres remaining sacrosanct. Advocates of J.S Bach kept him relatively au courant by using the successful tactic of portraying him as a true genius, a scientist – a musical Isaac Newton. The still famous Telemann of 1750 seemed to see it coming when writing an obituary about his newly deceased friend Bach (in sonnet form), looking into the future and predicting that his name would never “go under”.
After World War II Telemann, and several other contemporaries such as Vivaldi, made a strong come-back and he is still recognised today as among the great talents of the 18th century. We know that he provided important impetus to the stylistic development of the early Age of Enlightenment. Norwegian music historian Harald Herresthal presents an updated view of Telemann in his 2007 book about classical music, Musikkens verden (The World of Music): There is a lightness to Telemann’s writing, but this is not to say it is weak and insignificant music. The craftsmanship is characterised by solidity and great knowledge. With his incredible ability to absorb musical impulses, he became in many ways a stylistic chameleon. There was no other composer in Germany who, in the same way, could alternate between styles.
The motto “Singen ist das Fundament in Music in allen Dingen” (the first sentence in a small poem in a letter to Mattheson in 1718) aptly summarises Telemann’s fundamental principle of always adhering to the singable and melodious. In addition, he was partial to spicing it up with some cultivated folklore, most notably the “all Polacca” melodies.
Colourful instrumentation is a feature of Telemann’s oeuvre and this can especially be heard in his cantatas, operas and orchestral suites, or in his original configurations such as the Concertos for Four Violins without orchestra. Another typical feature of his work, and one which strongly appeals to musicians such as Caroline Eidsten Dahl, is his ability to compose idiomatically. This is hardly surprising, as according to his autobiographical texts, he played harpsichord, lute, violin and recorder during his childhood, and then later learned basic skills on the oboe, the transverse flute, the viola da gamba, double bass and the trombone.
As a composer, multi-instrumentalist, poet, correspondent, opera and church music director, he reached out to both scholars and to the public sphere. He ran his own publishing company in the period from 1715–40 and taught himself to engrave notes on copper plates. Telemann researchers estimate that he composed approximately 3600 works and he is well represented in all three categories in the 18th century: church, chamber and theatre music. Despite this huge output, he rarely reused his own material. This is rather unusual and is in stark contrast to his good friend Georg F. Handel, the master of recycling his own work. Handel was known to “steal” regularly, both from himself, and with permission granted, from his good friend Telemann.
Caroline Eidsten Dahl, recorder
Kate Hearne, cello
Christian Kjos, harpsichord 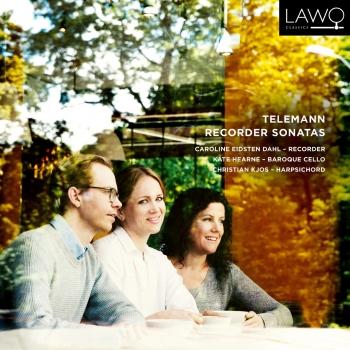 Caroline Eidsten Dahl
(b. 1980) is one of Norways most active recorder players and specialises in baroque repertoire. She has performed at numerous festivals including the Innsbruck Festival of Early Music, the Early Music Festival in London and the Stockholm Early Music Festival. 2014 saw the release of Carolines debut solo album Blockbird Norwegian Recorder Music (LWC1069) receiving rave reviews both on the home front and abroad. This was followed in 2018 by the release of Sonata Norwegica (LWC1165) featuring Norwegian and Swedish baroque music. She is accompanied on this recording by Kate Hearne on the baroque cello. Born in Dublin, Ireland, Kate is a graduate of the Royal Irish Academy of Music and Stockholms Royal College of Music. Equally at home on the baroque cello as on the recorder, she plays both instruments professionally and tours extensively as a soloist and chamber musician, performing with an array of baroque and contemporary music ensembles. They are joined by Christian Kjos on the harpsichord. Christian is a very active continuo player playing with orchestras such as Barokkanerne and the Norwegian Baroque Orchestra and has performed under the direction of Ton Koopman and Andrew Manze.
Kate Hearne
is born 1979 in Dublin, Ireland. Currently living in Malmö, Sweden. Instruments: cello & recorder. When I was just 5 years old I was shipped off to recorder lessons with my older brother and sister. The nicest memories I have of these early years were long days spent playing Renaissance consort music, and by the time I started playing the cello as a teenager my love of Early Music was well in place. I am very happy I had some incredible orchestral experiences in the Irish Youth Orchestra, such as playing the complete Wagner Ring Cycle and many Mahler symphonies, but I always knew that I would love to end up playing on gut strings and in smaller ensembles.
The decision to move to Stockholm in 2002 was not a difficult one, and there I had the chance to study both Baroque cello and recorder with two fantastic and inspiring teachers, Dan Laurin and Chrichan Larson. I joined Concerto Copenhagen for the first time in 2007, and was very happy to find a group of like-minded people who enjoy life and music, and understand the importance of rhetorical thinking when playing and performing. Even after years together, Concerto Copenhagen manage to create something new and fresh each time they meet.
When not hanging out with the CoCoNuts, I am often on the road playing with my recorder quartet, Woodpeckers, or with other great ensembles such as Poland’s Arte dei Suonatori and Barokksolistene. I get home to Ireland as music as possible and I’m lucky to work as Baroque & programming adviser for the West Cork Chamber Music Festival as well as coordinating their Baroque schools workshops. I have a dream to end my days playing gamba consort with friends, perhaps some of the wonderful music from the Jacobean Period... but as I haven’t started to play the gamba yet this may take some time!oung people, and she spreads this energy and enthusiasm to hundreds of children every year through different schools projects.