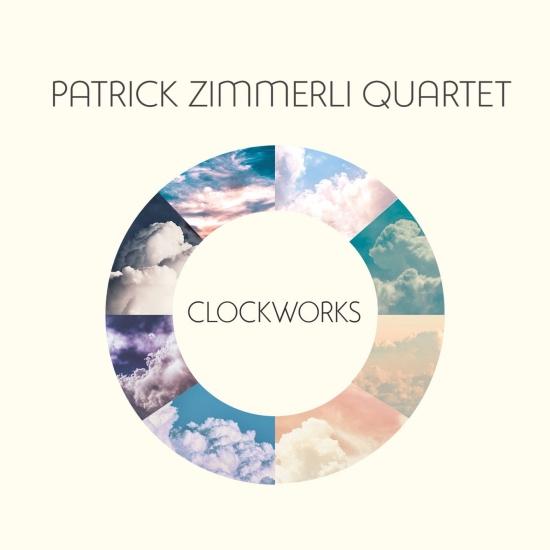 Completing a 25-year compositional arc, saxophonist-composer Patrick Zimmerli releases his new jazz suite Clockworks following the release in 2016 of his first quartet’s 1992 recording Shores Against Silence (with Kevin Hays, Larry Grenadier and Tom Rainey). Both records feature rhythmically and melodically advanced composition largely inspired by Zimmerli’s love of serial composers such as Babbitt, Carter, Stockhausen and Boulez, though still grounded in a jazz ethos. Both explore a different third stream direction in jazz that Zimmerli made his own right from the start, and that for all its complexities compels attention first and foremost as music to be listened to.
The very structure of Clockworks is a reflection and summary of Zimmerli’s artistic path, an attempt to unveil the process whereby music can retain its message even as its technical means become simplified. Compared to Shores his style has modulated into something that a broader swath of the listening public could relate to, and the new release integrates the earlier ideas into the later style. “My main concern back then was in forging a new path that had a foundation in the jazz tradition but that was completely original. Newness is less of a priority as I grow older than simply taking listeners on a varied and satisfying emotional journey.” Then and now he considers his ultimate musical message to be optimistic and positive: “That might be the biggest thing that sets my music off from ‘mainstream’ avant-garde jazz.”
Clockworks (a Chamber Music America commission) was written specifically for Iverson and Hollenbeck, who were already performing with Zimmerli in the early 90s. In fact, the impetus for composing the suite goes back to a decades-long argument he and Iverson have had about his music: “I think Ethan has always seen me as representing a kind of moralistic absolute in jazz, and he was a fervid admirer of my early style (heard at its most highly developed on Explosion (1995) and Expansion (2000) as well as on Twelve Sacred Dances (1995), a quartet which included both Ethan and John). When I started writing music that was simpler and more understandable to the layperson, Ethan was one of the very few who objected. He seemed to feel that I had watered down my style or somehow sold out. But from my perspective, my classical/pop inflected music (Phoenix, 2005) was not about watering anything down, but rather using a different set of tools to convey essentially the same message.”
About his musical collaborators Zimmerli says, “This whole project can be seen as a testament to what an amazingly good sport Ethan is. He understands and accepts me with all my offbeat artistic sense of humor. Proof can be found all over the album, where he takes the extravagant forms I’ve concocted for him and plays over them in a style that fits them hand in glove. His improvisations are effectively internal compositions in themselves, full of wit and charm and purpose. My favourite example of this is the absolutely loving treatment he gives to “Harmonic Variation”, where he plays that gorgeous opening chorus before playing the written portion. As for John, he is like the composer’s-best friend-drummer, he makes your compositional ideas sound better than they are, and he effortlessly does things that not only fit but enhance the compositions themselves. And I really love Chris’s sound and the way he supports a band, and his improvising is so subtle you hardly notice how organic his ideas are to the compositions.”
Clockworks, as Zimmerli discusses in his liner note, “uses time as its basic material, it is an attempt to give time the kind of satisfying shape it so often lacks”. From another point of view, though, “Clockworks can be seen as a kind of elaborate justification of my stylistic evolution. There’s an overall progression from the abstract to the melodic that takes place over the course of the piece, just as there has been over the course of my career. The evolution involves a series of permutations of the main theme, which is heard in its most explicit form on the last track. The exact same notes are used in the first movement, which is not very melodic-sounding and might even seem freely-composed. I used the melody itself as a series and made it the basis of “Linear Variation”, which is another of the more “out” pieces on the CD. Gradually the theme settles—it matures—into its singable self.”
Clockworks was produced Grammy award-winner Seth Abramson (Jazz Standard).
Patrick Zimmerli, tenor saxophone
Ethan Iverson, piano
Christopher Tordini, bass
John Hollenbeck, drums 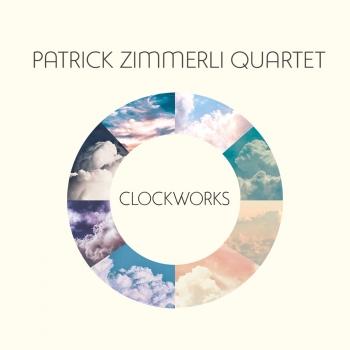 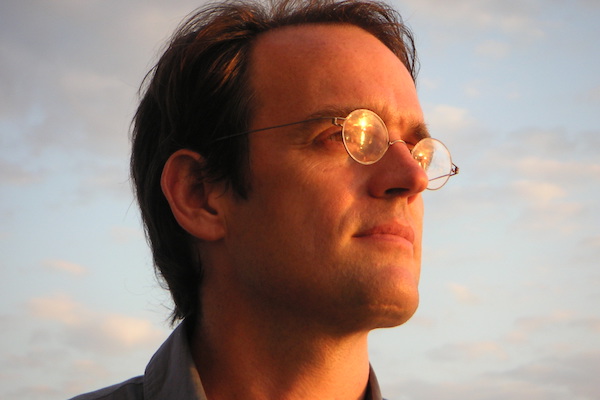 Patrick Zimmerli
New York- and Paris-based composer/saxophonist Patrick Zimmerli writes a sophisticated yet approachable hybrid of contemporary classical and jazz music. Recent collaborators include Joshua Redman, Brad Mehldau, Brooklyn Rider String Quartet, Brian Blade, Luciana Souza, the Knights Orchestra and the Escher String Quartet. His music has been performed at Carnegie Hall and Town Hall in New York, Wigmore Hall in London, Salle Pleyel in Paris, Sala São Paolo in Brazil, the Vienna Konzerthaus Grosser Saal and the new SF Jazz Center.
Zimmerli has written numerous orchestral, chamber and choral works, including two four-movement Piano Trios for the Seattle Chamber Music Festival and two four-movement Piano Concertos with jazz percussion, written for the Metamorphosen Chamber Orchestra and pianists Ethan Iverson and Sonia Rubinsky.
Zimmerli’s Aspects of Darkness and Light, an evening-length work commissioned by the Seattle Commissioning Club, was recently recorded by Joshua Redman, Brooklyn Rider, bassist Scott Colley and percussionist Satoshi Takeishi for Nonesuch Recordings (Warner) and is slated for 2018 release. He created a special site-specific piece entitled Waterfall/Gathering Pools for the Centre Pompidou in Paris in collaboration with the Paris Percussion Group. Ongoing projects include a large-scale oratorio for male choir, operatic tenor, jazz percussion and piano on the work of Alan Seeger, which was premiered at the storied Invalides in Paris in 2017; it was reprised in Reims and at the Fondation Boghossian in Brussels. Further performances are planned for France and the US in 2018.
Zimmerli was just awarded the 2015 Chamber Music America New Jazz Works Grant, supported by the Doris Duke Charitable Foundation. He was also the winner of the CLICK People’s Orchestral Commission from the Colorado Music Festival. Other commissions have come from the Saint Paul Chamber Orchestra, the Colorado College Summer Music Festival, the Ying String Quartet, Brown University, violinist Timothy Fain, and the Arizona Friends of Chamber Music. From 2002-05, Zimmerli served as Composer in Residence with the Metamorphosen Chamber Orchestra, and he is currently the curator of the INTERSECT festival in Bryant Park in Manhattan. Awards include first prize in the first annual BMI/Thelonious Monk Institute Composers’ Competition.
Zimmerli music has been featured in MoMA’s Summergarden series, at the Guggenheim Museum, on NPR and at the Jazz Composers’ Collective. His work has been recorded on the Naxos, Nonesuch (Warner), Blue Note, Arabesque, Antilles, Songlines, Jazz City and Naïve labels.