The Gilded Palace Of Sin (Remastered) The Flying Burrito Brothers 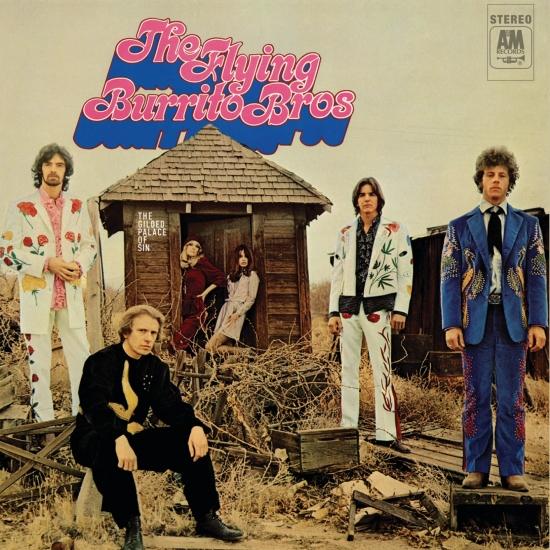 The Gilded Palace of Sin is the first album by the country rock group the Flying Burrito Brothers, released in 1969. It continued Gram Parsons' and Chris Hillman's work in modern country music, fusing traditional sources like folk and country with other forms of popular music like gospel, soul, and psychedelic rock.
The Gilded Palace of Sin is included in Robert Christgau's "Basic Record Library" of 1950s and 1960s recordings, published in Christgau's Record Guide: Rock Albums of the Seventies (1981).[4] It is also listed at number 192 in Rolling Stone magazine's 500 Greatest Albums of All Time in the 2013 Edition and number 462 in the 2020 Edition.
"By 1969, Gram Parsons had already built the foundation of the country-rock movement through his work with the International Submarine Band and the Byrds, but his first album with the Flying Burrito Brothers, The Gilded Palace of Sin, was where he revealed the full extent of his talents, and it ranks among the finest and most influential albums the genre would ever produce. As a songwriter, Parsons delivered some of his finest work on this set; "Hot Burrito No. 1" and "Hot Burrito No. 2" both blend the hurt of classic country weepers with a contemporary sense of anger, jealousy, and confusion, and "Sin City" can either be seen as a parody or a sincere meditation on a city gone mad, and it hits home in both contexts. Parsons was rarely as strong as a vocalist as he was here, and his covers of "Dark End of the Street" and "Do Right Woman" prove just how much he had been learning from R&B as well as C&W. And Parsons was fortunate enough to be working with a band who truly added to his vision, rather than simply backing him up; the distorted swoops of Sneaky Pete Kleinow's fuzztone steel guitar provides a perfect bridge between country and psychedelic rock, and Chris Hillman's strong and supportive harmony vocals blend flawlessly with Parsons' (and he also proved to be a valuable songwriting partner, collaborating on a number of great tunes with Gram). While The Gilded Palace of Sin barely registered on the pop culture radar in 1969, literally dozens of bands (the Eagles most notable among them) would find inspiration in this music and enjoy far greater success. But no one ever brought rock and country together quite like the Flying Burrito Brothers, and this album remains their greatest accomplishment." (Mark Deming, AMG)
Gram Parsons, lead and harmony vocals, acoustic guitar, piano, organ
Chris Hillman, electric and acoustic guitar, harmony, lead and backing vocals, mandolin
Pete Kleinow "Sneeky", pedal steel guitar
Chris Ethridge, bass, backing vocals, piano
Additional musicians:
Jon Corneal, drums (tracks 1, 3, 4, 5, 7)
Thomas "Popeye" Phillips, drums (tracks 8, 9, 11)
Eddie Hoh, drums (tracks 2, 10)
Sam Goldstein, drums (track 6)
David Crosby, backing vocals (track 3)
Hot Burrito Chorus, backing vocals (track 11)
Digitally remastered 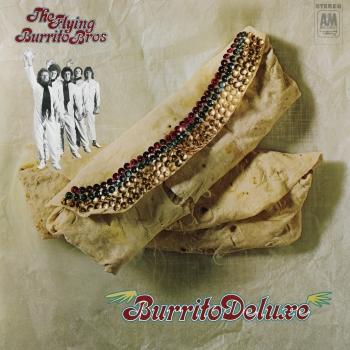 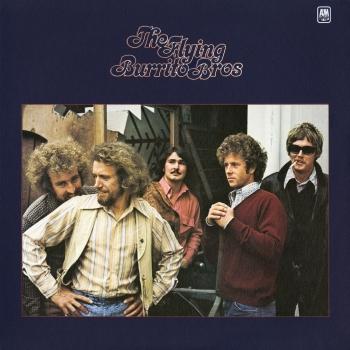 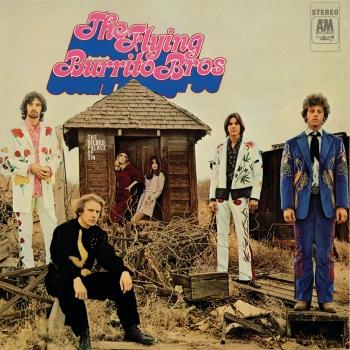 The Gilded Palace Of Sin (Remastered)

The Flying Burrito Brothers
helped forge the connection between rock and country, and with their 1969 debut album, The Gilded Palace of Sin, they virtually invented the blueprint for country-rock. Though the band's glory days were brief, they left behind a small body of work that proved vastly influential both in rock and country. The Flying Burrito Brothers reunited later in the '70s, albeit without their founding members Gram Parsons and Chris Hillman, and continued performing and recording in a variety of incarnations into the '80s.
Sweetheart of the RodeoOriginally, the Flying Burrito Brothers were a group of Los Angeles musicians who gathered together to jam. Gram Parsons and Chris Hillman took the band's name when they were forming their own band after leaving the Byrds. Parsons had helped steer the Byrds toward a country direction during his brief stint with the band, as captured on the 1968 album Sweetheart of the Rodeo. Following the release of Sweetheart, he left the Byrds, followed shortly afterward by Hillman. The duo added pedal steel guitarist "Sneaky" Pete Kleinow and bassist Chris Ethridge to the band and set about recording their debut album with a variety of session drummers.
The Gilded Palace of Sin, the Flying Burrito Brothers' debut album, was released in the spring of 1969. Although the album only sold 40,000 copies, the band developed a devoted following, which happened to include many prominent musicians in Los Angeles, Bob Dylan, and the Rolling Stones. Around this time, Parsons and Stones guitarist Keith Richards became good friends, which led to Parsons losing interest in the Burritos. Before the band recorded their second album, Ethridge left the band and was replaced by Bernie Leadon, and the group hired ex-Byrd Michael Clarke as their permanent drummer.
Burrito DeluxeBurrito Deluxe, the group's second album, was released in the spring of 1970. After its release, Gram Parsons left the group and was replaced by Rick Roberts, a local Californian songwriter. Roberts' first album with the band, The Flying Burrito Brothers, was released in 1971. After its release, Kleinow left the band to become a session musician and Leadon departed to join the Eagles. The Burritos hired pedal steel guitarist Al Perkins and bassist Roger Bush to replace them, as well as adding guitarist Kenny Wertz and fiddler Byron Berline to the lineup. This new version of the group recorded the live album The Last of the Red Hot Burritos, which was released in 1972. Before its release, the band splintered apart. Berline, Bush, and Wertz all left to form Country Gazette, while Hillman and Perkins joined Manassas. Roberts assembled a new band to tour Europe in 1973 and then dissolved the group, choosing to pursue a solo career. Roberts would later form Firefall with Michael Clarke.
Close Up the Honky-TonksClose Up the Honky Tonks, a double-album Flying Burrito Brothers compilation, was released in 1974 because of the burgeoning interest in Gram Parsons. Capitalizing on the collection and the cult forming around Parsons, Kleinow and Ethridge formed a new version of the Flying Burrito Brothers in 1975. The duo recruited Floyd "Gib" Gilbeau (vocals, guitar, fiddle), bassist Joel Scott Hill, and drummer Gene Parsons and recorded Flying Again, which was released on Columbia Records in 1975.
Sleepless NightsEthridge left the band after the release of Flying Again; he was replaced by Skip Battin, who appeared on the 1976 album Airborne. Also in 1976, a collection of Gram Parsons-era outtakes entitled Sleepless Nights was released on A&M Records.
Sons of the Golden WestFor the two decades following their 1975 reunion, the Flying Burrito Brothers performed and recorded sporadically, undergoing the occasional lineup change. In 1979, the group released Live From Tokyo on Regency Records; the album spawned their first country hit, a cover of Merle Haggard's "White Line Fever," which hit the charts in 1980. Also in 1980, the group abbreviated its name to the Burrito Brothers when they signed a contract with Curb Records. The Burrito Brothers' Hearts on the Line spawned three minor country chart hits in 1981. Sunset Sundown, the Brothers second Curb album, appeared in 1982 and like its predecessor, it produced three minor hits. Following the release of Sunset Sundown, Kleinow left the band to become an animator and special-effects creator in Hollywood. The group carried on without him, led by Gib Gilbeau and John Beland. That incarnation of the band fell apart in 1985, the same year that Kleinow assembled yet another version of the band. For the next three years, this incarnation of the Flying Burrito Brothers toured America and Europe. In 1988, the group split apart again, although it did occasionally reunite for further tours and recordings in the '90s, including 1999's Sons of the Golden West.