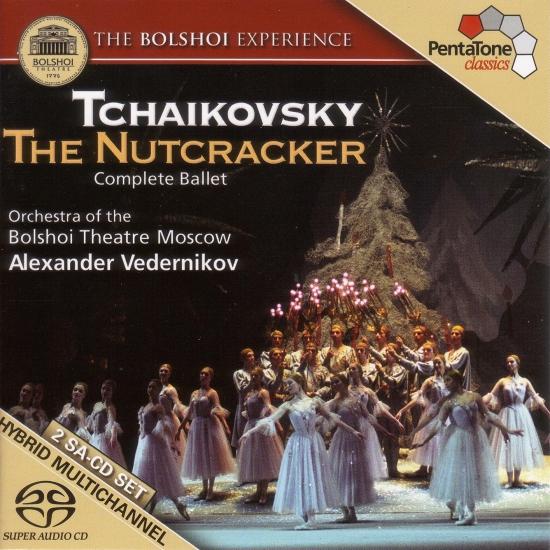 During a journey through Italy in 1882, Peter Tchaikovsky received a parcel in the post from a friend containing a book with the fairy tale Nutcracker and the Mouse King. This was, however, in the French adaptation Histoire d’un casse-noi-sette, which Alexandre Dumas senior had published in 1844. The original by the German author E.T.A. Hoffmann was published at Christmastime in 1816, and was included at the time in the collection Die Serapionsbrüder. A contemporary review stated that the text was hardly a fairy tale, “but the rogue only takes on the mask of the child, in order to make fun of decent people by means of words and gestures in an even more amusing manner”. This story depicts “a complete world with all its fantastic objects, the way this presents itself to the fearful, innocent and yet greedy soul of a child (of the girl Marie of noble birth) in a delightful dream”: i.e. as a battle of the good (the dolls and toys) against the evil (the mice in the girl’s bedroom) in a fantastic Kingdom of Sweets, to which Marie is transported through mysterious doors by the Nutcracker, her Christmas present.
„The Bolshoi Theater Orchestra’s strong Tchaikovsky tradition dates back to the 19th century, thus you’d expect its playing of his ballets to project a certain authoritative feel. That’s apparent in this rendition of The Nutcracker, but so is a dismaying rote quality to the playing. Granted, the requirements of the theater and concert hall are markedly different: the Bolshoi musicians’ usual task is to support the dancers on stage and propel the narrative–a function Alexander Vedernikov seems all too happy to fulfill. Contrast this with Antal Doráti who, despite his long ballet experience, knows how to make Tchaikovsky’s music exciting in its own right. Of course, he has the wonderful Concertgebouw Orchestra at his disposal, but even that does not give Vedernikov a valid excuse, as Valery Gergiev, with the similarly pit-based Kirov Orchestra, offers a quite exciting interpretation as well.
The whole of Vedernikov’s Scene 1 is uniformly bland, and ironically he comes to life at the big transformation sequence in Scene 2, where the brass blare in the traditional Russian manner. The following Mouse King battle is only mildly stimulating, but the intensity picks up again with Vedernikov’s beautifully textured and light-stepping Dance of the Snowflakes. Act 2 is generally very good, with energetic tempos and alert playing by the Bolshoi musicians, even though they don’t match the assertive and enthusiastic playing of the above-mentioned competition.
The stereo has notable impact and clarity, but it doesn’t relay a solid impression of the performance space. The coupled Swan Lake excerpts and Eugene Onegin waltz are nice, if inconsequential additions. In the end, Vedernikov’s recording will appeal mainly to Nutcracker ballet completists and the usual holiday-season customer. Lovers of Tchaikovsky’s masterwork are directed to the listed reference recordings.“ (Victor Carr Jr., ClassicsToday.com)
Children’s Choir of the Bolshoi Theatre
Orchestra of the Bolshoi Theatre Moscow
Alexander Vedernikov, conductor