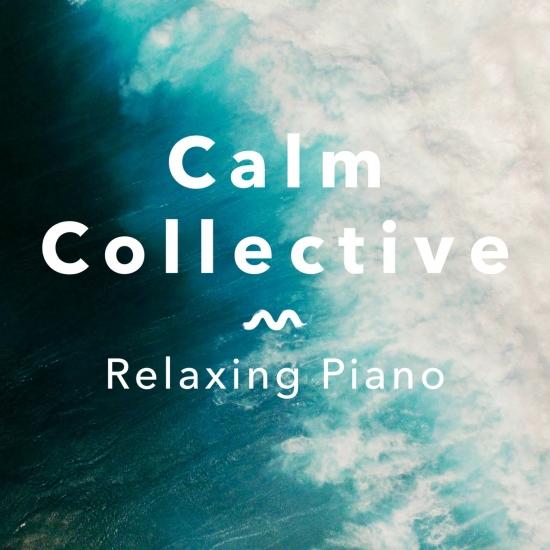 Relax with 3 hours of soothing piano and ambient sounds.
Decca Records announces today the release of a brand-new series of accessible bespoke albums of newly composed music and words designed to enhance anyone’s life and help the listener approach their life in a more mindful way. The newly signed Calm Collective, features musician Lotte Mullan working together with Neurolinguistic Psychotherapist Martin Weaver and Mindfulness Practitioner Victoria Grove who have created a series of albums released from 21 June 2019.
This collection of specially created mindfulness albums has something for everyone. Whether dealing with the pressures of everyday life and anxiety, battling sleepless nights and tearful babies, or even improving the intimacy of a sexual relationship, the Calm Collective is designed to bring help to all. Each of the albums feature newly composed music by Lotte Mullan who carefully designed the compositions to lower the heart rate and calm the mind. Mullan wore a Fitbit throughout the making of the records to monitor the effect different sounds and rhythms had on her heart rate. With six albums already available to stream, including Relaxing Piano, Baby Sleep, Inner Calm, Sounds of Nature, Deep Sleep and Calming Noise, the first albums to feature new music along with mindfulness meditations will be released this June.
On 21 June 2019 two albums by Mindfulness Practitioner and actress Victoria Grove, who starred in the BBC’s massively successful Bodyguard thriller, will be released. Mindful Calm deals with the pressures of daily life and was originally designed to battle her pre-show nerves and create a more centred approach to living. Mindful Love provides listeners a state of mind to connect to themselves on a deeper level as well as their romantic partner. Additionally, Mindful Happiness by Neurolinguistic Psychotherapist Martin Weaver will also be released. The album was created to help listeners take responsibility for their own happiness and state of mind.
Martin Weaver who specialized in post-traumatic stress disorder and helped victims from the 7 July 2005 London bombings explained the origins of Mindful Happiness: “When the 7 July bombings assistance centre came to end, I created a 20 minute audio track to help people prepare for events in the future and build their own resilience. From that track, this album was born. Given that happiness is a subjective experience for everyone, what I’ve tried to do is go back to the basics of my training and take out some simple different ways of thinking to help people add into their own sense of happiness.”
Musician and performer Lotte Mullan, who has composed and performed all of the music for the Calm Collective, said: “I had some therapy sessions with Martin Weaver who would bring me to a relaxed tranced state to let go of my anxiety and I thought it would be amazing if that could be broken down into smaller chunks for an album available to everyone, even those that perhaps can’t afford therapy.” Explaining about working with Martin on ‘Mindful Happiness’ she continued: “I have collaborated with a lot of other writers but never a psychotherapist. It was an interesting experience and I could see if each track would work on me and then decide what music would accompany this man’s 30 years psychotherapy training condensed into an album.”
Victoria Grove was first introduced to mindfulness at drama school to help quell the nerves and anxiety around auditions and going onstage. Talking about Mindful Calm Victoria commented: “We felt there were so many mindful apps out there that you can spend an awful lot of money on simply learning how to focus on your breathing. We wanted to make this more available to the masses, something you can sample and listen to for free. Mindfulness should no longer be a luxury item. It has become vital for living a manageable life. If you have 3 minutes in your day to listen to one of our tracks on ‘Mindful Calm’ it refreshes the mind. It’s like pressing a reset button.”
Managing Director of the Decca Classical Label Group, Dr. Alexander Buhr said “The pursuit of mindfulness and inner calm in response to the challenges of daily life have become a major theme in many peoples’ lives. Calm Collective wants to offer practical support for this. By combining musical experience with coaching and therapeutic expertise and making the results available as widely as possible through streaming services, Calm Collective aims to provide mindfulness support for everyone.”
Mindful Calm and Mindful Love, an album that focuses on the ability to love yourself first before sharing yourself with your partner, exploring the issue around intimacy to handling row recovery, both featuring Victoria Grove, and ‘Mindful Happiness’ featuring Martin Weaver are all released on 21 June 2019.

Lotte Mullan
is a writer and musician from Suffolk.
‘Diary of a Plain Jane’, a blog Mullan wrote about sexism in the music business, was optioned for a film deal by Elton John's Rocket Pictures. Dame Jenni Murray broadcasted one of the diary entries ‘The Side-boob hug’ on Radio 4’s Woman’s Hour and the screen play is in development.
Mullan has released four records. Her last studio album 'Love’s Bonfire’ was recorded in Nashville with American rockers Band of Horses.
She recently completed her first novel and has a new record out in April 2019 featuring songs from the films ‘Wild Rose’ and ‘Fisherman’s Friends
Martin Weaver
works as a UKCP registered Constructivist Psychotherapist, Supervisor and trainer, using Neuro Linguistic Psychotherapy, (NLPt). He is qualified to Master Practitioner standard in NLP and is an INLPTA certified NLP trainer. He holds a Postgraduate Certificate in the supervision of counsellors from the University of Birmingham. He provides psychotherapy, counselling, coaching and supervision to individuals and couples at his practice in West London and is involved in several psychotherapy / counselling and supervision training programmes.
In the early1980s Martin was a volunteer with the Terrence Higgins Trust. Taking the first call on the helpline he was instrumental in setting the foundations for the first response to the AIDS crisis. He developed support, advice and counselling services for those people who were affected and traumatised at the beginning of the crisis.
During an 11 year career in the NHS he piloted the Primary Health Care Team training development programme in the South West Thames region, as well as developing and implementing a Health Promotion Officer’s training programme. He has worked at senior manager level at Regional and District level and has been responsible for commissioning new services and leading on the development of drug and alcohol and sexual health services.
Between 2002 and 2004 Martin was the Vice Chair, then Chair, of the professional organisation that seeks to maintain standards and develop the skills of Neuro Linguistic Psychotherapists and Counsellors, the Neuro Linguistic Psychotherapy and Counselling Association, (NLPtCA). He is a past member of the Training, Education & Practice Committee of the United Kingdom Council for Psychotherapy and has helped in the re-shaping of its structure.
Martin provided psychological support, supervision and training to the staff and counsellors at the 7th July Assistance Centre. The centre provided psychotherapy, guidance and support to people who were affected by the London bombings in 2005, later taking on 16 further terrorist incidents and disasters. Building on his established training experience Martin created and delivered a series of workshops for the counsellors and support staff.
From October 2010 to March 2011 he supervised the small team providing psychosocial support to the families and witnesses throughout the Coroner’s Inquests into the London Bombings. From 2001 to 2011 he provided training, consultancy and supervision to the volunteer counsellors at Brent Bereavement Services & Bereavement Services for Hounslow. Currently he delivers courses for student psychotherapists to facilitate their UKCP accreditation.
Victoria Grove
is an actor and voice artist, voice coach, teacher of mindfulness meditation and yoga as well as being a Mother.
Victoria was introduced to yoga at drama school and deepened her understanding of mindfulness and meditation when struggling to juggle life as a working mother living in a one bed flat with her partner and toddler. A chaotic life makes practicing mindfulness all the more essential.
In 2018 Victoria appeared in the massively successful BBC 1 drama Bodyguard.