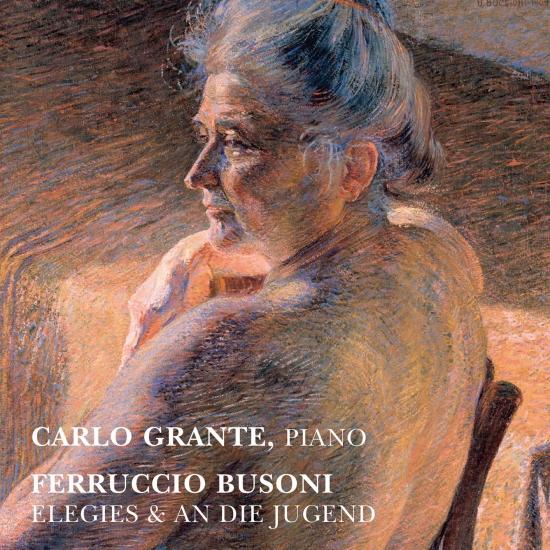 Ferruccio Busoni’s Elegies (1908) and An die Jugend (1909) are experimental pieces that explore new pathways in the composer’s harmonic language and artistic evolution. Elegies is an aesthetic manifesto, a wish for a turning point in the composer’s creative evolution, but also, more ambitiously, in all future music. Ferruccio Busoni believed that music should be, as he commented to the critic and composer Hans Pfitzner, “well meant and full of peace,” but this did not preclude the provocative gesture of the Elegies’ exceptional harmonic variety, brought about by new chordal progressions and juxtapositions and giving an impression of a potentially inexhaustible tonality. An die Jugend is a collection of four pieces written in 1909 and published as four separate ‘books’ in the same year. These pieces have some stylistic features with Busoni’s first Elegy, while showing even further experimentation on the composer’s part. Carlo Grante performs these works on a Bösendorfer Imperial Grand Piano.
"Carlo Grante has the first-rate technique and fanatical devotion necessary for this repertoire. So far as colour and timbral imagination go, however, his Elegies lag far behind Marc-André Hamelin. This may be partly due to the matt tone-quality and congested bass register of his chosen Bösendorfer. Still, for all my reservations over this instrument, the sound falls more gratefully on the ear than Geoffrey Douglas Madge’s clangorous Steinway. Confusingly, Grante reverses the order of the second and third pieces of An die Jugend, something his less than entirely lucid booklet essay fails to mention." (Gramophone)
Carlo Grante, piano 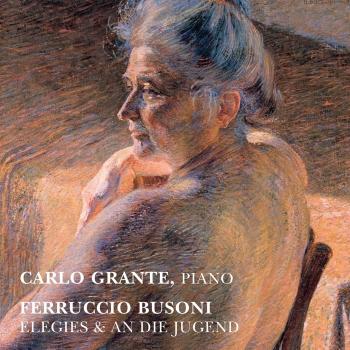 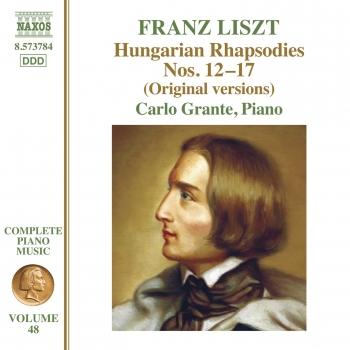 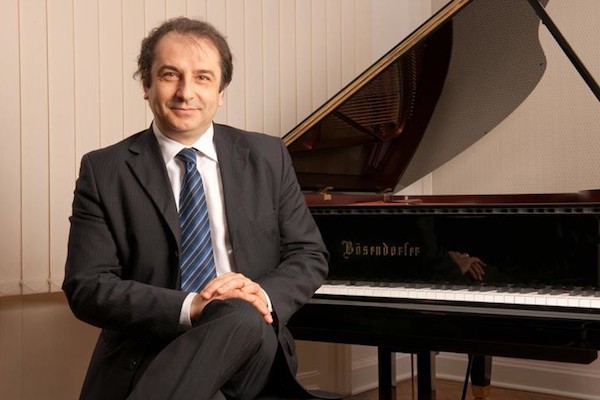 Carlo Grante
is one of Italy’s foremost concert pianists. He has performed in such major venues as the Vienna Musikverein, the Berlin Philharmonie’s Chamber Music Hall, London’s Wigmore Hall and Barbican Hall, Rome’s Santa Cecilia Hall, the Leipzig Gewandhaus, the Dresden Semperoper, the Stuttgart Opera, Prague’s Rudolfinum, as well as at Lincoln Center and the Kennedy Center in the US. He has appeared as soloist with major orchestras including the Dresden Staatskapelle, London’s Royal Philharmonic, the Vienna Symphony, Orchestra of St. Cecilia, MDR Leipzig, the Chamber Orchestra of Europe, and Concertino Wien. Grante gave the first live performance of all 53 of Godowsky’s Studies on the Études of Chopin at the Newport Festival. In 2014-15 his series “Masters of High Romanticism”, featuring three recital programmes each devoted to Chopin, Schumann and Brahms, was taken to major halls in New York, Vienna and Berlin. Though best known perhaps for his Scarlatti, Mozart, Chopin, Schumann, Liszt, Busoni, Debussy and Godowsky, Grante has had many contemporary works dedicated to him, including Adolphe’s Chopin Dreams. He has brought out nearly 50 recordings; discs devoted to the works of Scarlatti, Busoni, Schubert, Brahms, Godowsky and Adolphe are forthcoming. He will give the world premiere of Bruce Adolphe’s piano concerto in Zurich in July 2016.
The New York Met’s Principal Conductor Fabio Luisi wrote of him in 2015 that “Carlo Grante is one of the most astonishing artists I have ever known and worked with.” The principal critic of Vienna’s Die Presse dubbed him “a knight of the piano, without blemish and without fear.”