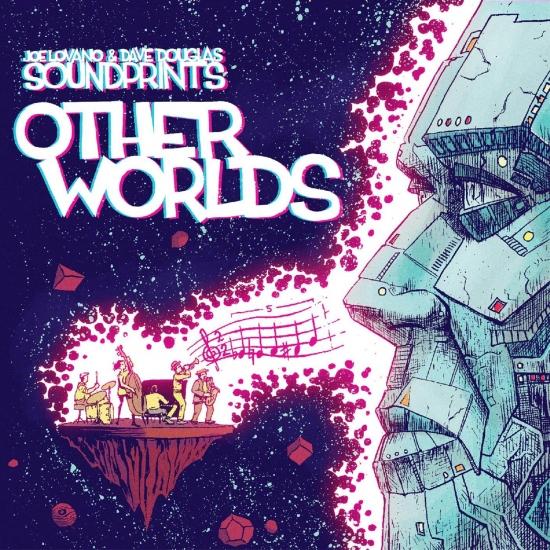 Saxophonist Joe Lovano and trumpeter Dave Douglas debuted their extraordinary Sound Prints quintet on Blue Note Records in 2013, the year of Wayne Shorter’s 80th birthday, and from the outset the group had a joyful but somewhat imposing mandate: to lift up Shorter’s legacy through the writing and performance of new music conceived in his risk-taking, fearlessly inventive spirit. Supported by a powerful multi-generational lineup of pianist Lawrence Fields, bassist Linda May Han Oh and drummer Joey Baron, the group debuted with Sound Prints: Live at Monterey Jazz Festival, which included world-premiere performances of two brand-new Shorter pieces.
Scandal, the group’s 2018 follow-up on Greenleaf Music, featured the same personnel on a new book of Lovano and Douglas originals as well as fresh arrangements of “JuJu” and “Fee Fi Fo Fum,” two Blue Note-era Shorter classics. With Other Worlds, recorded just days after a triumphant weeklong run at the Village Vanguard in January 2020, the Sound Prints quintet achieves another first, a full album of original compositions. But while no Shorter tunes appear, Shorter’s far-sighted philosophic vision of modern jazz animates these great players in every measure. “Wayne inspires us to think about our place in the universe,” Douglas maintains. “You can’t divorce that from the music.”
Almost every track on Other Worlds is a first take, thanks in no small part to the bandstand chemistry that Sound Prints achieved in set after set at the Vanguard. “Everybody brought their own self but also their Sound Prints self,” Douglas says. “We played a different set list every night, every set, because the order you play things in has a big influence on how they develop. So each night, different tunes would bump up against different tunes. We really figured out the dynamics of the whole thing, and by the time we got to the studio, we knew.”
“The way Dave and I set up together,” adds Lovano, “the way we’d play the themes and improvise together and trade, we were right there next to each other, so we were feeling what each other was playing. Dave and Joey and I have a deep history playing together: I go back to the ’70s with Joey, and the ’80s with Dave.”
Douglas adds: “Joey was on all my sextet records, and then of course he and I were in John Zorn’s Masada for many years together.” Oh, who came onto Douglas’ radar as a student at Banff, has logged many hours in Douglas ’ quintet (not to mention Pat Metheny, Kenny Barron, Fabian Almazan and Vijay Iyer, among many others). Lovano encountered Fields as a student at Berklee; he’s since done high-profile work with Nicholas Payton, Christian Scott aTunde Adjuah, Jeff “Tain” Watts and more.
“The whole concept of the band is dialogue and interaction,” Douglas notes. “And when you play that way, nobody can retreat into the role of their instrument. Everybody’s playing everything, all the time. Some pieces don’t have any chords, others have a lot of chords, and so you look for the piano to provide a balance so it’s not all one thing or the other. Both the free context and the chordal context have the same level of dialogue and conversation. Something new with this book is that we’re writing specifically for that chemistry, whereas in the beginning we were sort of imagining it, letting it unfold.”
Lovano’s “Space Exploration,” “Shooting Stars” and “The Flight” together make up the “Other Worlds Suite,” which appears noncontiguously (much like it might have at the Vanguard). “Those three pieces came together as a sequence of events,” Lovano explains, “and everyone captured the essence of that idea. The quintet is on a voyage together, and so the title ‘Space Exploration’ is about the music too, it’s about this certain way of playing together, not just writing a theme and playing on it, but a flow of ideas.”
It was “Sky Miles,” the first of Lovano’s pieces, that set the album’s space theme in motion, and Douglas was easily able to connect that to his recent interest in the study of antiquity. “I was doing a lot of reading about the period 2500-3000 years ago,” he says, “thinking about Pythagoras and the growth of science. Antiquity can be directly connected to the continuing movement of humanity through countless discoveries, and the cultural growth as we all discover each other around the globe and figure out how to work together and live together.”
In a brief liner note to the band’s 2013 debut, there appears a verse from Sir Alfred Lord Tennyson that begins, “… come, my friends, / ’tis not too late to seek a newer world.” These lines ring all too true today, as music and the arts begin what is sure to be a long recovery process. “The music is moving forward whether we choose to jump on the train or not,” Douglas avers. “We’re incredibly lucky that we recorded Other Worlds when we did — we had talked about doing it later. But one thing led to another and there was no reason to wait. We went right on into it and I’m so glad we did.”
"Sound Prints’ music may reference the classic free-collective innovations of Shorter, Ornette, and the mid-60s Miles quintet, but their audaciously sophisticated refinement of all that rich history makes them a truly contemporary jazz band." - Jazzwise, Editor's Choice
Joe Lovano, tenor saxophone
Dave Douglas, trumpet
Lawrence Fields, piano
Linda May Han Oh, bass
Joey Baron, drums 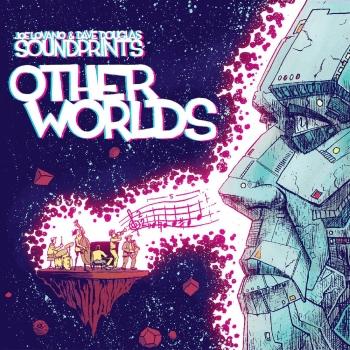 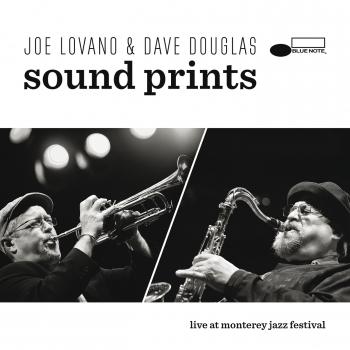 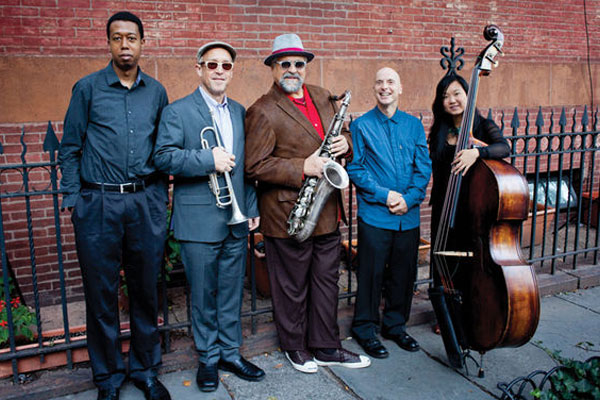 Joe Lovano & Dave Douglas
For almost twenty years, Lovano and Douglas have been prime moving forces in the jazz scene, their paths crossing often on stage and occasionally on record. Douglas appears on Lovano’s 2001 Blue Note album Flights of Fancy: Trio Fascination Edition Two and they overlapped as members of the SFJAZZ Collective for three seasons during which the band performed the repertoire of Thelonious Monk, McCoy Tyner, and their mutual touchstone: saxophonist and composer Wayne Shorter.