On The Border (Remastered) Eagles 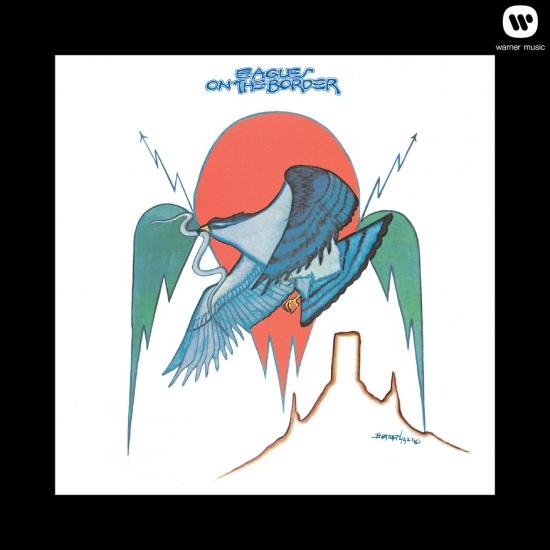 Info zu On The Border (Remastered)

On the Border is the third studio album by the Eagles, released in 1974. During the making of the album, the band experienced significant changes. As the band tried to lean towards a more hard rock sound, they felt that producer Glyn Johns overemphasized their country sound. After recording only two songs, the band let go of Johns and hired Bill Szymczyk.
At Frey's request they brought in guitarist Don Felder to add slide guitar to the song 'Good Day in Hell'. The band was so impressed that they invited Felder to become the fifth Eagle. They credited him as a late arrival on the album's liner notes. The album reached #17 on the charts and sold 2 million copies. The album also released three singles, 'Already Gone', 'James Dean' and 'Best Of My Love'. The singles reached #32, #77 and #1 respectively. 'Best of My Love' became the band's first of five chart toppers.
'On The Border is a tight and likable collection, with nine potential singles working in its favor and only one dud ('Midnight Flyer') to weigh it down. It's good enough to make up in high spirits what it lacks in purposefulness. And that might even be a fair trade if the Eagles would only decide they've already mastered this stuff, reign in their hit-making instincts and channel their energies into projects less easily within their grasp.' (Janet Maslin, Rolling Stone)
Glenn Frey, lead vocals, lead guitar, slide guitar, piano
Don Henley, lead vocals, drums, guitar
Randy Meisner, lead vocals, bass guitar
Bernie Leadon, lead vocals, lead guitar, banjo, steel guitar
Don Felder, electric guitar, slide guitar
Recorded at Olympic Studios, London (track 2 and 10) and Record Plant, Los Angeles, CA. Produced and engineered by Allan Blazek, Gary Ladinsky, Bill Szymczyk (tracks: 1, 3 to 9) Produced and engineered by Glen Johns (track: 2 and 10)
Digitally remastered