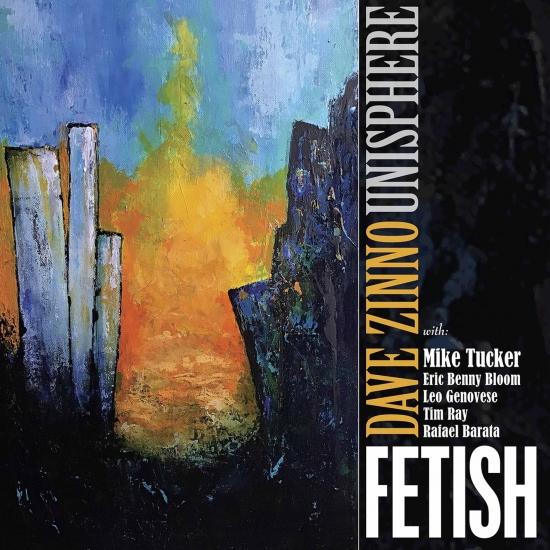 Dave Zinno and his Unisphere bandmates—Mike Tucker on tenor sax, Eric Benny Bloom on trumpet and flugelhorn, Leo Genovese on keyboards, Tim Ray on piano, Rafael Barata, drums and percussion, and special guest Rafael Rocha on trombone—have been writing and practicing, biding their time until jazz scene reopened. In that time, Unisphere took advantage and managed to piece together, Fetish, a brilliant and beautiful album. The colorful panorama, tonal palette, and sonic breadth featured on Fetish are breathtaking. Zinno’s Unisphere is jubilant, rapturous, and free. Everyone contributed compositions or arrangements to the project, which creates a stunning picture of the diversity represented by this group. Fetish is the sound of that catharsis, that anticipation, a primal release of aural energy. “This project is the culmination of a year without live music,” says Zinno. “Every ounce of energy and ambition, in reserve from not expending it for so long, is on this record. I hope people feel what we felt while creating it.”
Dave Zinno, double bass
Mike Tucker, tenor saxophone
Eric "Benny" Bloom, trumpet, flugelhorn
Tim Ray, piano
Leo Genovese, keyboards
Rafael Barata, drums
Special guest:
Rafael Rocha, trombone 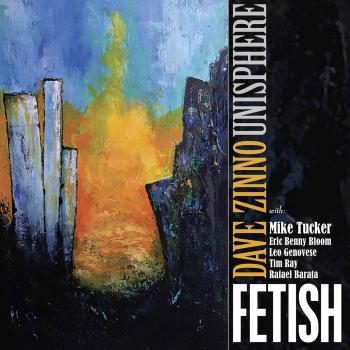 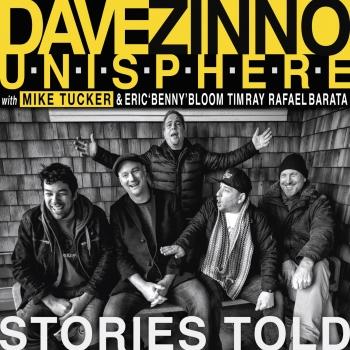 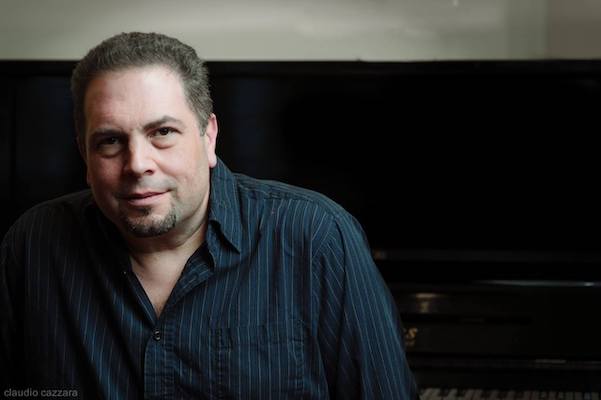 Dave Zinno
has been performing professionally since 1980 and is a faculty member at the University of Rhode Island as well as at Brown University. After his studies at Berklee College of Music and the University of Rhode Island, he moved to Seattle, Washington, where he worked with Grammy winning vocalist Dianne Schuur for one year.
Zinno also performed with jazz greats Julian Priester, Hadley Caliman, Frank Clayton and studied for a short time with Gary Peacock during his time on the West Coast. From there he moved on to New York City where he studied with bassist Walter Booker Jr. and performed with many jazz greats including Jimmy Cobb, Junior Cook, Jimmy Heath, John Hicks, John Medeski, Larry Willis and many others. He began regular tours in Europe, South America, North Africa and throughout the United States and was faculty at the Toulon Jazz Festival Workshop in France for 11 years.
Zinno’s most recent recordings include “Planet Safety” on soul note records (featuring Leo Genovese);”New Stablemates”(arabesque) with Jared Sims, Eric “Benny” Bloom and Steve Langone; “Remembering Billie” and “The Music of Jule Styne”(Blue Duchess) with Scott Hamilton and two new projects with Adam Nussbaum, Jay Azzolina and Dino Govoni (Whaling City). Zinno also plays in trios behind singer/entertainers Ann Hampton Calloway and Ben Vereen and recently played on a daytime Emmy nominated soundtrack.