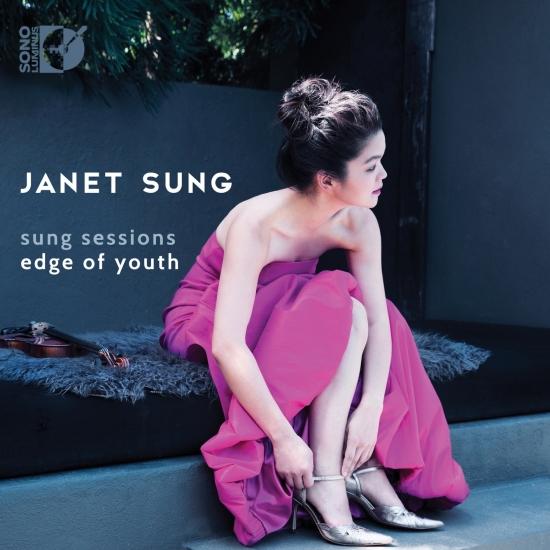 Edge of Youth represents a time when one starts to discover a new, more mature version of their own voice or self. We find confidence in that voice when we allow ourselves to go to the “edge” of what is known or comfortable. Brought up steeped in the traditions of classical music, and deeply influenced by some of the greatest violinists of the “old world”, this album represents some of that artistic journey for me. In curating this collection of works by masters Britten, Enescu and three young, dynamic living composers, Missy Mazzoli, Dan Visconti and Gabriel Prokofiev, I gravitated toward works that were striking to me and in some ways unexpected—whether it was a new sound world, a new perspective on an old familiar work, or the surprising way certain works profoundly grew in their impact.
Each of these works are dramatic, visceral; even ethereal and otherworldly. Some also have moments of soaring lyricism and intimacy. They both embrace and challenge classical traditions, consciously or subconsciously. With their craft and unique sense of style, these composers challenge the artist to forget about the technicalities of the instrument—asking them to become a storyteller through nuance, shading, and color.
Taking in all of our personal influences, we hopefully take flight into our own artistic vision. These works have taken me on a journey that I will continue to traverse. (Janet Sung)
"…it's time for the other fiddling ladies to move over and give this newcomer her rightful due in standing toe to toe with them….Smashing stuff throughout, this is the next star you'll be celebrating." (Chris Spector, Midwest Record)
Janet Sung, violin
William Wolfram, piano 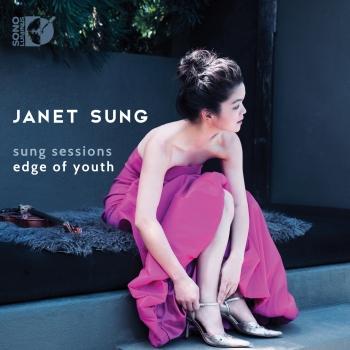 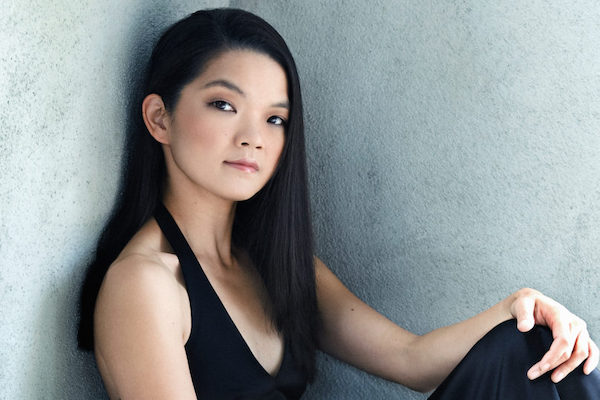 Janet Sung
Violinist Janet Sung enjoys an acclaimed international career as a virtuoso soloist, recognized for her intense, exhilarating performances, and by her signature lustrous, burnished tone. Hailed by The Washington Post for her “riveting” playing and “exquisite tone”, her playing possesses the rare blend of fierce intelligence, subtlety and brilliant virtuosity.
Since her orchestral debut with the Pittsburgh Symphony at age 9, she has performed with leading orchestras worldwide. Recent seasons has seen her as soloist with the Buffalo Philharmonic Orchestra, Göttinger Symphonie Orchester, Pusan Philharmonic (South Korea), Omsk Philharmonic Orchestra, Britten Sinfonia, Cairo Symphony Orchestra (Egypt), the Aspen Festival Chamber Symphony and the Pro Arte Chamber Orchestra of Boston, as well as the orchestras of Boise, Delaware, Dubuque, Fargo-Moorhead, Hartford, Las Cruces, Tacoma and Wyoming, amongst others across the U.S.
Ms. Sung has been heard as concerto and recital soloist at distinguished festivals, including the Aspen Music Festival, Bellingham Festival, Britt Festival, Hot Springs Music Festival, Sewanee Summer Music Festival, Switzerland’s Lucerne Festival and the Conciertos de La Villa Festival de Santo Domingo. In recital, she has been presented in Boston, Chicago, Cleveland, Louisville, New York City, Pittsburgh, and St. Louis, as well as in Odense, Denmark, Lausanne, Switzerland and Queenstown, New Zealand, and Jiangyin, China. A prolific chamber artist, Ms. Sung performs at the Bowdoin International Music Festival, the Kreeger Chamber Music Festival in Washington, D.C., the Green Mountain Chamber Music Festival, and the Newport Music Festival, and is a regular guest with the Finger Lakes Chamber Ensemble and the American Chamber Players.
An artist of remarkable versatility, Ms. Sung is celebrated for her compelling performances of traditional works from Bach to Berg, and is passionate about promoting works of the 20th and 21st centuries. In recent years, she has performed repertoire as diverse as Henri Dutilleux’s Violin Concerto, L’Arbes des Songes, and Astor Piazzolla’s Cuatro Estaciones Porteñas. Ms. Sung has also presented the world premieres of Kenneth Fuchs’ American Rhapsody for Violin and Orchestra, Augusta Read Thomas’ Double Helix, which was recently released on Nimbus Records, and Kenneth Hesketh’s Inscription/Transformation for Violin and Orchestra in Germany. A new Violin Concerto No. 4 by Augusta Read Thomas has been commissioned for her.
Her solo performances have frequently been aired on radio and television, nationally and internationally, including multiple broadcasts of her performance of Korngold’s Violin Concerto on NPR’s “Performance Today,” and regular performances on Chicago’s Classical WFMT. She is featured on recordings of Vivaldi’s The Four Seasons and Bach’s Brandenburg Concerto No. 1, the latter with members of the Gewandhaus Orchestra recorded at the Thomaskirche in Leipzig, Germany. Her latest recording projects includes a solo CD, Edge of Youth, for Sono Luminus to be released in Spring 2019 featuring works by Britten, Enescu, and three dynamic living composers, Missy Mazzoli, Daniel Visconti, and Gabriel Prokofiev, the complete works by J.S. Bach for Violin and Keyboard with pianist and Bach specialist, Sean Duggan, and a concerto CD for SOMM Recordings (UK) to be released in Fall 2019 with the Britten Sinfonia, featuring Kenneth Hesketh’s Inscription/Transformation for Violin and Orchestra (premiere), Vaughan Williams’ Violin Concerto in d, and Ravel’s Tzigane.
Janet Sung was chosen by Leonard Slatkin as the recipient of the prestigious Passamaneck Award. She has also toured throughout the United States with fiddler Mark O’Connor’s American String Celebration, showcased in performances of Vivaldi’s The Four Seasons, Sarasate’s Zigeunerweisen, and original compositions by O’Connor.
Ms. Sung studied with legendary pedagogues Josef Gingold, with whom she started studying at age nine, and Dorothy Delay. She graduated from Harvard University with a double degree in anthropology and music, and The Juilliard School. She was later invited as the Clifton Visiting Artist at Harvard University and, as a highly sought-after artist-teacher, regularly conducts master classes at conservatories throughout the U.S. and abroad. She is currently Head of Strings and Violin Professor at the DePaul University School of Music.
Janet Sung plays a c.1600 Maggini violin crafted in Brescia, Italy.ular guest with the American Chamber Players and the Finger Lakes Chamber Ensemble.