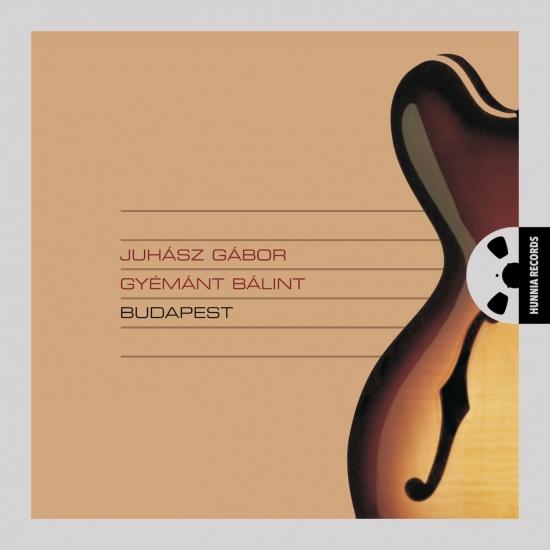 It was a really great session with two talented guitar player without any cutting and tuning process. They are playing on incredible sounding guitars and custom made amps. The title of the nine-tune album of the two jazz guitar artists is simply Budapest. “I have lived in Budapest for more than twenty years, so I have my own history here. And long long stories to tell. I like the serenity of Városliget, the baths, the bustle of the ruin pubs, the wave of the Buda hills.”, translates Gábor Juhász the album into words. He himself is a key figure in his fellow musician’s Budapest stories, as Bálint Gyémánt learned to play the guitar from Juhász. He was the inspiration for Gyémánt to become a jazz musician.
Juhász Gábor, guitar
Gyémánt Bálint, guitar 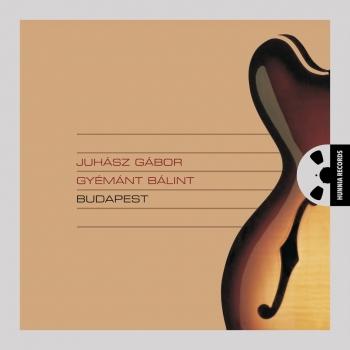 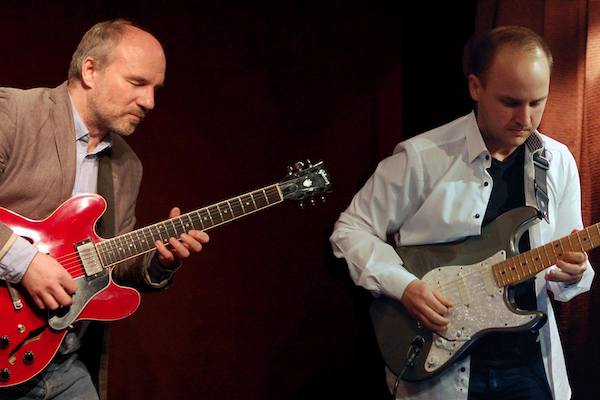 Juhász Gábor
was born in 1968, has won awards from Gramofon and Artisjus. He won the Aegon co award with Tamás Jónás. He has played and recorded with many renowned jazz musician (Archie Shepp, Palle Mikkelborg, Erik Truffaz, Randy Brecker, Charlie Mariano, Ian Ballamy, Lars Danielsson, Stephen James, Bebo Baldan, Federico Sanesi, Theo Jörgensman). In 2002, he recorded the CD titled 60/40, under his own name with Palle Mikkelborg. 2006 Juhász Gábor Trio (Borlai Gergõ, Papesch Péter, JG) recorded Fények (Lights) CD, 2009 Juhász's CD called 1978 was released. The CD won the "Hungarian Jazz Record Of The Year" award, by the music critics of Gramofon Magazin in 2010.
2011 Budapest CD, Gyémánt Bálint - JG. 2014 the Juhász Gábor trio (Lukács Miklós, Szalai Péter, JG) released a CD called Making a Change.
In 2014 he created a new program, inspired by Franz Schubert's Winterreise for the Arcus Temporum festival. A 2015 trio (Kovács Zoltán, Jeszenszky György, JG) recording, contains songs inspired by Schubert and Bartok, is on Youtube. Gabor Juhasz is woted "The Jazz Guitar player of the year in 2015", by the readers poll of jazzma.hu.
Gyémánt Bálint
Bálint Gyémánt is one of the most outstanding and versatile guitarists of the Hungarian music scene, constantly exploring new genres and new styles. He was the first Hungarian student ever to receive a scholarship to the Norwegian Academy of Music in Oslo. Bálint graduated at the Franz Liszt Academy of Music in 2008 as a jazz guitarist and professor of music, and received a Master's degree in 2012.
As a composer and guitarist, his current projects include electronic trio Bin-Jip, his duo with vocalist Veronika Harcsa, the Transform Quintet, and his brand new jazz power trio called Gyémánt Bálint Trio. In addition to his career as a professional musician, Bálint has been teaching at the Béla Bartók Conservatory of Music since 2014.