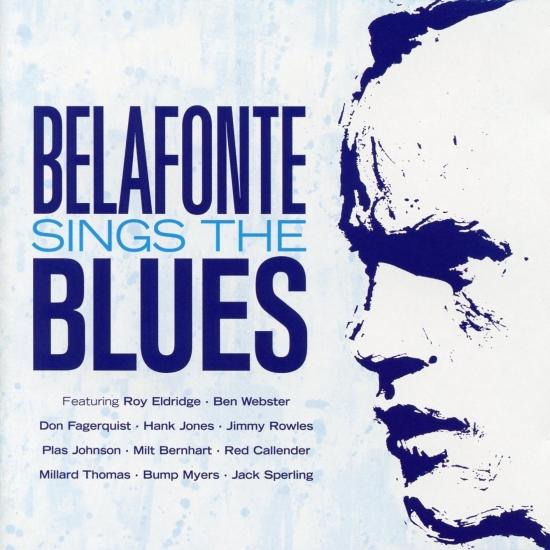 Harry Belafonte has never before sung on records as he does in this album. He is freer, more earthy, more exultantly identified with his material than ever before. He ha always communicated an often ferocious as well as lyrical sensitivity, but in this collection he achieves a unity of emotional strength in and understanding of his material that marks an important stage in his evolution as an artist.
'This is the area - the blues - with which I have the strongest identification,' emphasizes Belafonte. It took a long time, however, before he was able to make this kind of a direct, basic blues album. By blues, incidentally, it is not meant that the songs are strict blues in terms of bar and chord structure, but that the feeling and the wryly unconquerable spirit of the blues pervade all the numbers.
'When I started singing,' Belafonte explains, 'I was involved with an environment that emphasized the modern school of jazz, and it was difficult for me to adapt the way I felt to the requirements of that kind of singing. But that was what I was exposed to at the time. I've always had a feeling for the basic blues, but it took several years of removing myself from the predominantly modern jazz environment and finding myself and my own set of blues before I had the courage to attempt an album like this. Here I can just step out and sing wholly the way I feel.'
Belafonte Sings the Blues was recorded over four sessions during the first half of 1958, and released by RCA later that year. The album features performances of numerous Billie Holiday, Johnny Mercer, and Ray Charles songs performed in a way that only Belafonte can.
„After flirting with traditional African-American material in his previous albums, Belafonte, for the first time, devotes an entire album to the blues. However, of the eleven songs, only two could be classified as traditional blues: 'In the Evenin' Mama' and 'Cotton Fields,' the latter given a five minute treatment. Belafonte would take this song on the road as part of his live act for the next decade. Of the other songs, three were covers of Ray Charles standards ('A Fool For You,' 'Hallelujah I Love Her So,' 'Mary Ann'). Another highlight is Belafonte's rendition of Billie Holiday's 'God Bless the Child.' With few exceptions, the entire album is understated and not as exciting or riveting as other Belafonte records. Still, it's solid listening, and taken track by track, thoughtful performances. Footnote: this was the first Belafonte album recorded in stereo. Some releases feature a thick, dark blue spine.“
Harry Belafonte, vocals
Recorded January 29 - March 29, 1958 in New York, June 5 and 7, 1958 in Hollywood
Produced by Ed Welker
Digitally remastered