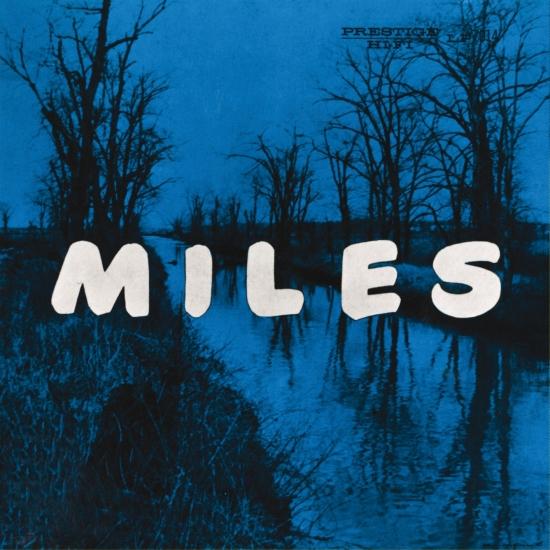 „The New Miles Davis Quintet made its first visit to the recording studios on November 16, 1955. By October 26, 1956, when they made their last session for Prestige, Davis had signed with recording giant Columbia, he had featured the most influential band in all of jazz (which would spawn the most charismatic musician of the '60s), and was well on his way toward international stardom. Listen to The Musings of Miles, an earlier quartet date with bassist Oscar Pettiford, then listen to the difference bassist Paul Chambers and tenor saxophonist John Coltrane make. Philly Joe Jones' dancing hi-hat reverie introduces 'How Am I to Know,' and the band takes it at a galloping tempo. The youthful bassist pushes the music into more modern directions with his solid time, driving beat, ringing tone, and uncanny sense of melodic counterpoint. He opens the music right up, and his rhythmic flexibility frees up Jones to play ahead of the beat and instigate an insistent polyrhythmic dialogue. From the finger-snappin' opening groove of Benny Golson's 'Stablemates,' it's clear that this rhythm section just swings harder (and in more different styles), than anyone this side of Basie's All-Americans or the drummer-led bands of Art Blakey and Max Roach. In Red Garland, the trumpeter found a pianist who understood his idea about touch, voicings, and space, and was able to orchestrate in the expansive style Davis favored. (Listen to his discreetly rocking, two-handed intro to 'Just Squeeze Me,' or his rhapsodic responses to Davis' little boyish Harmon mute on 'There Is No Greater Love.') And Coltrane's restless, turbulent lines show how Davis had finally found his perfect foil, much as the trumpeter's introspective lyricism complemented Charlie Parker's harmonic flights. On 'S'Posin',' Trane follows Davis' lilting, floating mute work by getting right on top of the beat with relentless syncopations. On the vaudevillian airs of 'The Theme,' he answers Davis' playful melodies by scurrying about with the screaming intensity of a blues guitarist, playing catch-up-and-fall-behind, trying to double- and triple-up with every other breath.“ (AMG)
Miles Davis, trumpet
John Coltrane, tenor saxophone
Red Garland, piano
Paul Chambers, bass
'Philly' Joe Jones, drums
Recorded November 16, 1955 at Recorded at the Van Gelder Studio, Hackensack, New Jersey
Digitally