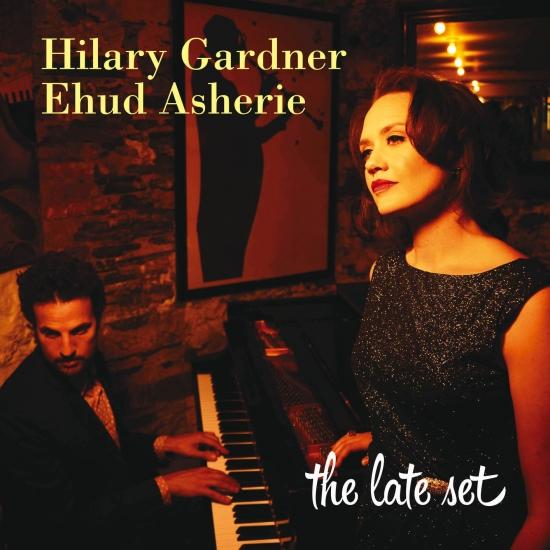 Taxicab tires hiss on wet pavement as you descend an unassuming staircase on an unassuming side street in Greenwich Village. Entering the club, you shrug off your coat, damp from the mist that is turning to rainfall outside—no matter. You’ve arrived.
Inside, candlelight and shadows dance on the walls and you find a seat at a corner table. You order a Manhattan on the rocks and survey the room. At eleven o’clock on any given weeknight, your fellow patrons run the gamut: clandestine lovers, surely hiding from the scrutiny of midtown’s glare; young musicians awaiting the after-hours jam session and a chance to blow a few choruses of bebop; older musicians, finished with their gigs and communing among themselves; a melancholy neighborhood drunk or two; and the serious listeners who, day jobs be damned, stayed for the music that only happens at this hour.
And that’s why you’re here: the music. Notes suspended in midair like silvery dewdrops on a spider web in the moonlight. Antique songs, unfurled languidly, taking their time. Sad. Seductive. Funny. Contemplative. Music for night people.
The pianist touches the keys. The singer smiles and takes a breath. Welcome to the late set.
"There’s a wonderful scene in the 1954 version of A Star Is Born where matinee idol Norman Maine (James Mason) bolsters the courage of band singer Esther Blodgett (Judy Garland) as she prepares for a screen test. “Forget the camera,” he says, “it’s the Downbeat Club at 3 o’clock in the morning and you’re singing for yourself and for the boys in the band—mainly for yourself.” Such is the richly intimate, ebon mood and, indeed, the midcentury era so skillfully captured by Hilary Gardner across her sophomore album as a leader.
Gardner and Israeli-born pianist Ehud Asherie (a cornerstone of her earlier disc, 2014’s The Great City) wrap eight standards in cashmere, the most recent of which, “Make Someone Happy,” dates from 1960. Asherie’s astute accompaniment, understatedly elegant while sagely inventive, recalls the bespoke mastery of Eddie Higgins. Gardner is at once smoky and introspective, luxuriating in such vintage gems as “Shadow Waltz,” “Sweet and Slow,” “A Ship Without a Sail” and “Seems Like Old Times”; shaping a blithely tender “I Used to Be Color Blind”; and nuzzling deep within the gentle contentment of Harold Arlen and Truman Capote’s “I Never Has Seen Snow,” from 1954’s House of Flowers. Though the pace occasionally quickens a degree or two, only once does the simpatico duo fully disrupt the after-midnight hush, bouncing through a well-spiced “Everything I’ve Got.” (jazztimes.com)
Hilary Gardner, vocals
Ehud Asherie, piano 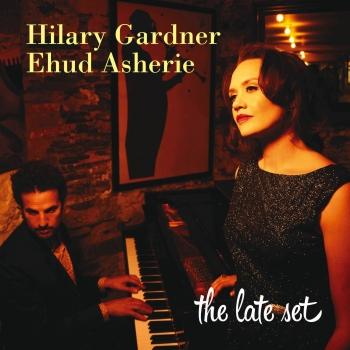 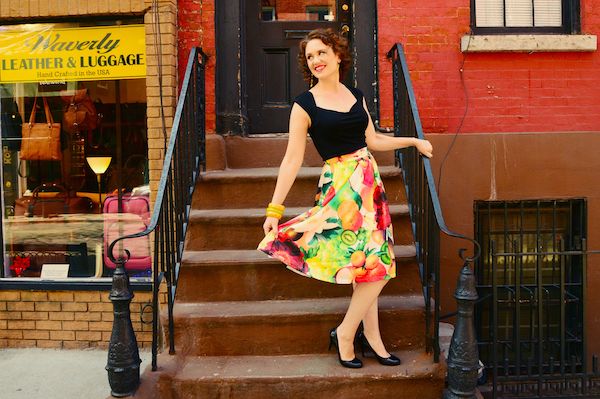 Hilary Gardner
Acclaimed singer Hilary Gardner grew up in Wasilla, Alaska infatuated with New York City. Her stunning Anzic Records debut, The Great City, is part love letter, part lament to New York and the big dreams it represents. The Great City can be heard on radio stations across the country, and the album has garnered effusive praise from the jazz community, including DownBeat Magazine, which named Hilary "an artist to watch in 2015" and a Rising Star Female Vocalist.
Hilary is a founding member of DUCHESS, a Boswell Sisters-inspired vocal trio with Anzic Records label-mates Amy Cervini and Melissa Stylianou. In addition to their two critically lauded albums, Duchess and Laughing at Life, they have launched a podcast, Harmony & Hijinks. Duchess has performed at the Ottawa Jazz Festival, Toronto Jazz Festival, Xerox Rochester International Jazz Festival, Saratoga Jazz Festival, Monterey Jazz Festival, and the Jerusalem Jazz Festival. The trio has also enjoyed sold-out appearances at Jazz at Lincoln Center and the Rubin Museum.
The Frank Sinatra estate chose Hilary to appear as the live, onstage singer in Tony-award winner Twyla Tharp’s Come Fly Away. Backed by a 19-piece big band, Hilary sang solos and duets with Frank Sinatra in a performance hailed by critics as “wonderful” (Huffington Post), “elegant” (USA Today), and “terrific” (New York Observer).
Hilary performed with Jeff Goldblum and his band at the Café Carlyle, prompting New York Magazine to call hers "a voice worth seeking out." In the wake of her appearance with Goldblum, Michael Feinstein invited Hilary to be his guest on NPR's Song Travels with Michael Feinstein. She was also a guest on Judy Carmichael’s SiriusXM program, Jazz Inspired.
Hilary has appeared as a guest soloist with symphonies across the country, including the Minnesota Orchestra, Carolina Philharmonic, Rochester Symphony Orchestra, and the Ridgefield Symphony Orchestra. Hilary performs as a leader throughout New York City and the United States.