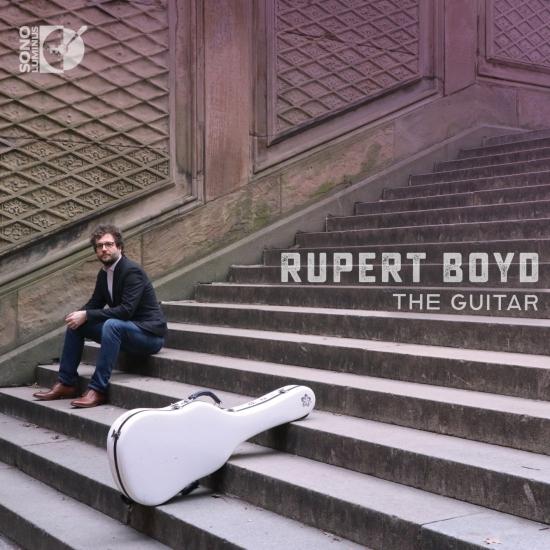 This album pays homage to the guitar. While the casual listener may recognize many of these works as favorites from the guitar canon, the majority of the repertoire wasn’t originally written for the instrument. Only the Sor and the Brouwer were originally guitar compositions. The other works started life in a different form, and stand testament to the strength and versatility of the guitar to not only play such a diverse range of repertoire, but to truly embrace it. With its polyphonic capabilities and roots in popular music around the world, the guitar is singularly capable of such a traverse of styles. This album is not, as the title may imply, a collection of the most beloved or greatest hits from the classical guitar repertoire, but instead a demonstration of the power and ability of the guitar to perform and assume ownership of such beloved repertoire. New York-based Australian classical guitarist Rupert Boyd has been described by The Washington Post as “truly evocative”, by Gramophone as a “fine guitarist”, and by Classical Guitar Magazine as “a player who deserves to be heard”. He has performed across four continents, from New York’s Carnegie Hall, to festivals in Europe, China, India, Nepal, the Philippines, New Zealand and Australia. Active as both a soloist and chamber musician, Rupert Boyd regularly performs throughout the world in Boyd Meets Girl, with cellist Laura Metcalf, and as part of the Australian Guitar Duo with guitarist Jacob Cordover.
Rupert Boyd, classical guitar 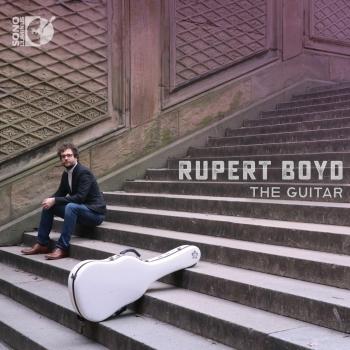 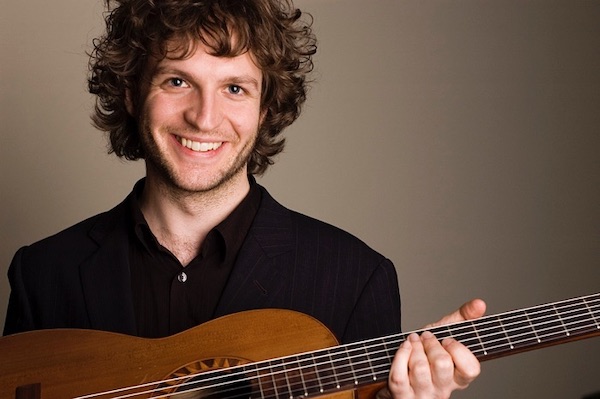 Rupert Boyd
New York-based Australian classical guitarist Rupert Boyd has been described by The Washington Post as “truly evocative,” by Gramophone as a “fine guitarist,” and by Classical Guitar Magazine as “a player who deserves to be heard.” His performances have taken him across four continents, from New York’s Carnegie Hall, to the Barcelona Guitar Festival in Spain, Strings-139 Festival in China, Festival de Musique Classique in France, Gharana Music Festival in Nepal, and every state and territory in Australia.
Rupert Boyd gave his Carnegie Hall debut as part of the D’Addario Music Foundation’s “International Competition Winners in Concert” Series, and has performed at the Newport Music Festival, National Gallery of Art (D.C.), Music in the Strathmore Mansion, Marlow Guitar Series, Grand Canyon Guitar Society, Boston Guitar Society, University of Denver, University of Hawaii, and has given concerts in the U.K., France, Spain, New Zealand, India, Nepal and the Philippines.
In New York, Rupert Boyd has performed at the Metropolitan Museum of Art, New York City Classical Guitar Society, Merkin Concert Hall, Trinity Wall Street, Bargemusic, (Le) Poisson Rouge, SubCulture, and with a diversity of groups such as New York Festival of Song and Moving Theater Dance Company.
Rupert Boyd has released two solo recordings: Fantasías (Little Mystery Records) was selected by American Record Guide as “Critic’s Choice” of 2016, and was described by Classical Guitar Magazine as “a triumph of brilliant assured playing”; his debut recording Valses Poéticos received the following review in Soundboard, the Guitar Foundation of America’s quarterly publication: “Boyd’s playing is beautifully refined, with gorgeous tone… musically and technically flawless… the album is first-rate.” Soundboard also described the eponymous work by Granados as “one of the best recorded performances of this work on guitar.”
Active as both a soloist and chamber musician, Rupert Boyd regularly performs throughout the world as part of the Australian Guitar Duo with guitarist Jacob Cordover, and in Boyd Meets Girl, with cellist Laura Metcalf. The Australian Guitar Duo was a prizewinner of the Chamber Music section of the Australian Guitar Competition, and its debut CD Songs from the Forest was described as “wonderfully entertaining” by Classical Guitar Magazine, and “very impressive” by Soundboard Magazine. Boyd Meets Girl’s debut album, released in 2017 on the Sono Luminus label, reached #3 on the Billboard Traditional Classical charts, and received the following review in Gramophone Magazine: “they play like one, with a harmony of purpose as sure as their intonation.”
Rupert Boyd holds a Bachelor of Music (First Class Honours) from the Australian National University School of Music, a Master of Music from the Manhattan School of Music and an Artist Diploma from the Yale University School of Music. His major teachers have been Timothy Kain, David Leisner and Benjamin Verdery. In addition to winning the Andrés Segovia award from the Manhattan School of Music, Rupert Boyd was also a winner of the Lillian Fuchs Chamber Music Competition and winner of the Eisenberg-Fried Concerto Competition.
Rupert Boyd is also co-artistic director of GatherNYC, a revolutionary weekly concert series in New York City.
Rupert Boyd lives in New York City and exclusively plays D’Addario Strings.