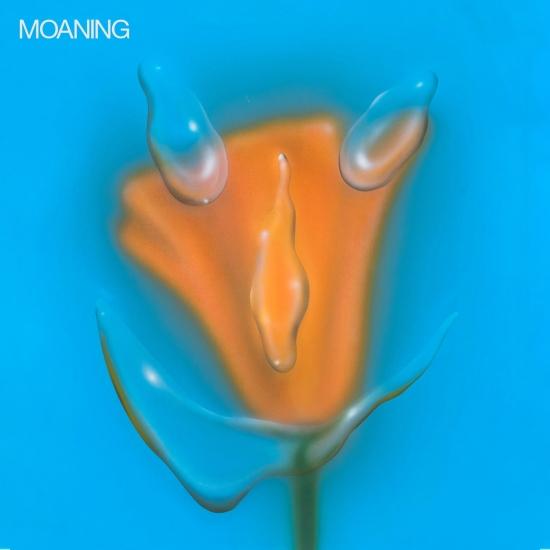 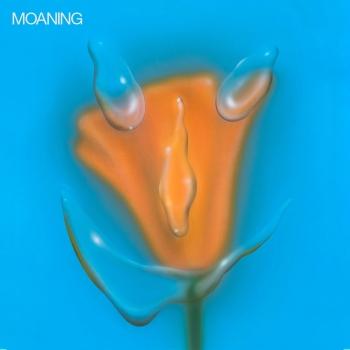 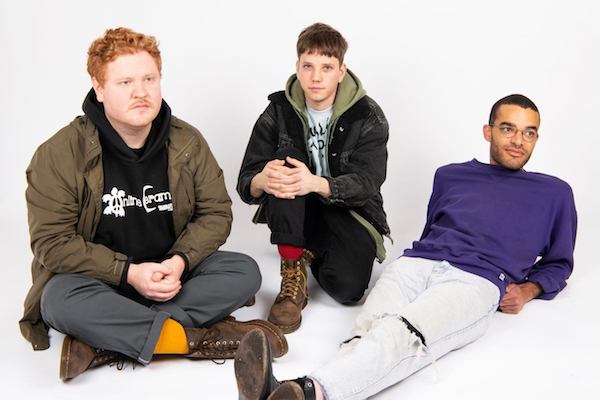 Moaning
What happens when an abrasive rock trio trades guitars for synths, cranks up the beats and leans into the everyday anxieties of simply being a functioning human in the 21st century? The answer is Uneasy Laughter, the sensational second Sub Pop release from Los Angeles-based Moaning.
Vocalist/guitarist Sean Solomon, bassist/keyboardist Pascal Stevenson and drummer Andrew MacKelvie have been friends and co-conspirators amid the fertile L.A. DIY scene for more than a decade. They are also immersed in other mediums and creative pursuits — Solomon is a noted illustrator, art director and animator, while Stevenson and MacKelvie have played or worked behind the boards with acts such as Cherry Glazerr, Sasami and Surf Curse. On Uneasy Laughter, they’ve tackled challenges both personal and universal the only way they know how: by talking about how they’re feeling and channeling those emotions directly into their music.
“We’ve known each other forever and we’re really comfortable trying to express where we’re at. A lot of bands aren’t so close,” says MacKelvie. Adds Solomon, who celebrated a year of sobriety during the Uneasy Laughter sessions, “Men are conditioned not to be vulnerable or admit they’re wrong. But I wanted to talk openly about my feelings and mistakes I’ve made.”
Moaning’s 2018’s self-titled Sub Pop debut featured songs mostly written in practice or brought in already complete by individual band members. It garnered acclaim from Pitchfork, Stereogum and Los Angeles Times, who observed, “Moaning craft anxious music for an increasingly nervous local scene.” But Uneasy Laughter is a collaborative breakthrough which significantly brightens Moaning’s once claustrophobic sound, again abetted by producer/engineer Alex Newport (At The Drive-In, Bloc Party, Melvins). The trio points to first single “Ego,” which features a costume-heavy video directed by Ambar Navarro, as an embodiment of this evolution.
Stevenson’s initial demo was slower and in what he calls “a strange time signature,” which stymied Solomon’s attempts to write vocal melodies. Borrowing a MacKelvie drumbeat from the demo of a different song, Stevenson found that it fit perfectly. The track was fleshed out further in practices and through passing demos back and forth, with the result “perfectly capturing every idea we wanted to play with,” says MacKelvie. “I don’t think we would have been able to approach writing a song that way before,” adds Stevenson.
Several of the songs originated on acoustic guitar, and guitar can be heard in at least some form on nearly every album track. But the willingness to experiment with synths and loops greatly expanded Moaning’s sonic palette, particularly on the guitar-less album closer “Say Something.”
Recalls Solomon, “I wrote it as a folk song. When I brought it in, I told the guys, ‘I kind of hate this, but I like the melody and lyrics, so how do we turn it into a Moaning song?’” The answer turned out to be by stripping out guitar entirely and turning it into “a complete digital creation. It’s super weird and clubby. Now we just need to figure out how to play it live,” he says with a laugh. “When you hear Nirvana cover the Vaselines, it’s still the same song but it sounds completely different. Song structure can transcend style and genre. I wanted to write things I felt confident were good songs, regardless of whether it was on acoustic guitar or synths.”
“Guitars always sound like guitars, whereas with keyboards you have the ability to thin them out or thicken them up more dramatically, and then mold them to fit into whatever spot you need them to fit into,” says Stevenson. Flecked by patterns of neon synths and a rush of guitar, “Fall in Love” is both metronomic and completely human. “I would never play a bass line on an actual bass that’s so on the grid,” Stevenson offers. “But it does something major for the feel of the song.”
Elsewhere, distortion reverberates atop the pounding drums and earworm melody of “Make It Stop,” while “Saving Face” contrasts Solomon’s gauzy vocals with an undulating synth bass line, creating an off-kilter bliss. The restrained atmospherics and synth loops on “Connect the Dots” belie a tense revelation responsible for the new album’s title. “A lot of these songs wouldn’t have been this different and awesome without Pascal’s expertise with synths,” MacKelvie enthuses.
Solomon admits Uneasy Laughter could have gone in quite another direction had he not gotten sober and educated himself on such core subjects as gender and mental health. “I did a lot of reading in the tour van — authors like bell hooks, Mark Fisher, and Alain de Botton, all really inspired me. I don’t want to be the person who influences young people to go get high and become cliche tragic artists,” he says. “What I’d rather convey to people is that they’re not alone in what they think and how they feel. ‘Ego’ specifically and the album overall is about those themes — letting go of your bullshit so you can help other people and be present.”
“We want to be part of a community,” he adds. “I wrote online about being sober for a year, and I had kids from all over writing and asking for advice. One of them said, ‘For the first time I can remember, I didn’t drink last night.’ I thought, for once, maybe we did something besides sell a record. That’s a win. That’s incredibly exciting.”