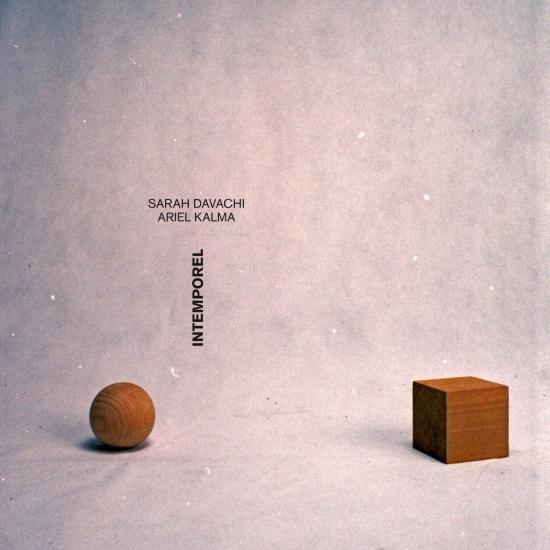 Sarah and Ariel blend their strong individual personalities in a single trip on the edge of time. Their kosmiche music is pure, magnificent and elegant, an intergalactic hypnosis that seems to tell of distant times, a millenary vortex of a lost Era. In the first phase of departure, the mysterious song of the sax winds in archaic echoes, supported by the electronic inlays of the synth (Arp Odissey). Flowing between space rumbles and astral progressions, we sight high celestial bodies. When the infinite drones of the tampura start, we take part in the night ceremonial, surrounded by the deep harmonium and the Tibetan bell chimes. This music releases a sort of mythological warmth, secret codes of a lost purity, which lets us dwell in the labyrinths of a pyramid or in the sacred space of a cosmic pagoda.
If there is a single feature that makes the context of experimental music so exciting, it is arguably the willingness of artists to freely converse and collaborate. This is made all that much more thrilling when it transpires across the generations. The first albumin Black Sweat’s latest batch is one such case - two heavyweights, often occupying very different positions in the musical landscape, with births separated by decades, finding common ground and voice. Neither Sarah Davachi or Ariel Kalma need introduction. Davachi, a Canadian born and Los Angeles based composer, has, over the last few years, been a rising star in the world of experimental music - an artist of rare talent and vision, whose work - notable for its deployment of acoustic organs and analog synthesizers, has become almost impossible to ignore. Kalma is one of the great figures of French ambient music, working, over the course of his decades long career, at the vanguard of electronics at Groupe de Recherches Musicales, before pushing endlessly forward, blending the traditions of Indian Classical music, minimalism, and notions of sound as healing force, into some of the most remarkable gestures of the New Age movement. Unsurprisingly, joining forces, this duo has created something remarkable.
Intemporel is the perfect title for Davachi and Kalma’s collaboration. Stretching across two sides and six discrete works, it is an album which defies location and time. Its sounds, drifting toward vast expanses of space, remain placeable and unplaceable, doubling as advocation for the true virtues of collaboration. Each artist has seemingly been liberated by the other’s voice - cast into wild new waters, taking the listener along, without loosing the self. Enabled and activated. Free. Neither is mistakable, each bringing deep, singular understanding, laying a distinct imprint upon each emerging piece. Yet the totality appears unlike either’s solo efforts. Built from the long tones of saxophone, tampura drones, wildly varied structures uttered by synths, harmonium and the Tibetan bells, the image of something fundamental and ancient merges with a music which entirely of this moment.
If the cosmos was calling - abstract, open, ordered and unkept, this might be the sound. Intemporel, the bridge between two brilliant voices - entirely singular within their respective generation, joined in an almost utopian celebration of creativity and conversation, is an overwhelming beautiful piece of work. Immersive, joyous, and challenging in ways that take time to emerge, it’s hard to find words for how excited we are for this one. A perfect proof for how exciting the realm of experimental music remains. Absolutely essential. This one shouldn’t be missed!
Sarah Davachi & Ariel Kalma 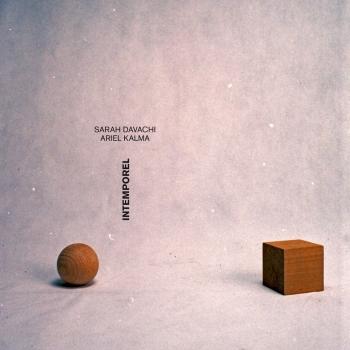 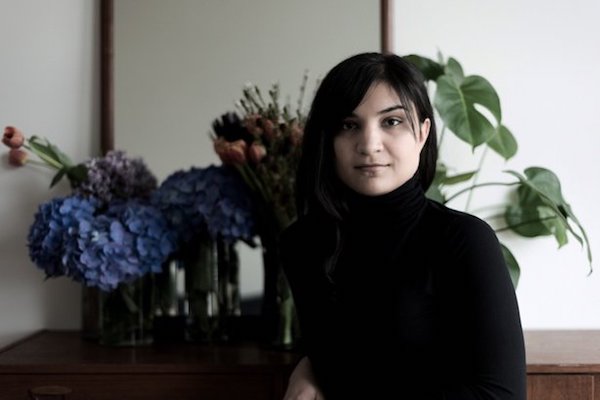 Sarah Davachi
(b. 1987, Calgary, Canada) holds a bachelor's degree in philosophy from the University of Calgary, and a master's degree in electronic music and recording media from Mills College in Oakland, California. As a composer and performer of electroacoustic music, Davachi's work is primarily concerned with disclosing the delicate psychoacoustics of intimate aural spaces, utilizing extended durations and simple harmonic structures that emphasize subtle variations in overtone complexity, temperament and intonation, and natural resonances. The instrumentation she employs is varied, including piano, electric organ, pipe and reed organ, voice, tape-replay samplers, analog synthesizers, early western strings and keyboards, orchestral strings, brass, and woodwinds, with mutual idioms often layered in textural and timbral counterpoint. Similarly informed by minimalist tenets of the 1960s and 1970s, Baroque leanings toward slow-moving chordal suspensions, and experimental production practices of the studio environment, in her sound is manifest an experience that lessens apprehension of consonance and dissonance in likeness of the familiar and the distant.
Her research considers aspects of organology and hermeneutics and has been published and presented in North America and Europe. Between 2007 and 2017, Davachi also had the unique opportunity to work for the National Music Centre in Canada as an interpreter and content developer of their collection of acoustic and electronic keyboard instruments. She has held artist residencies at The Banff Centre for the Arts (Banff, Canada), STEIM (Amsterdam, Netherlands), WORM (Rotterdam, Netherlands), EMS (Stockholm, Sweden), OBORO (Montréal, Canada), and MESS (Melbourne, Australia) and is the recipient of grants from the Canada Council for the Arts, the Alberta Foundation for the Arts, and SOCAN. In addition to her recorded output, including 2018's Gave in Rest​ on Ba Da Bing! and Let Night Come On Bells End The Day on Recital, Davachi has toured extensively across the globe and has shared the stage with artists such as Grouper, the London Contemporary Orchestra, Arnold Dreyblatt, Donald Buchla, Aki Onda, ​the BBC Scottish Symphony Orchestra, Ariel Kalma, Alessandro Cortini, Oren Ambarchi, Ian William Craig, Kara-lis Coverdale, Aaron Dilloway, Robert Aiki Aubrey Lowe, Ellen Arkbro, Loren Connors, and filmmaker Paul Clipson. She is currently a doctoral student in musicology at UCLA – where she works on the aesthetic phenomenology of musical instruments and timbre in popular, experimental, and early music – and is based in Los Angeles, California.