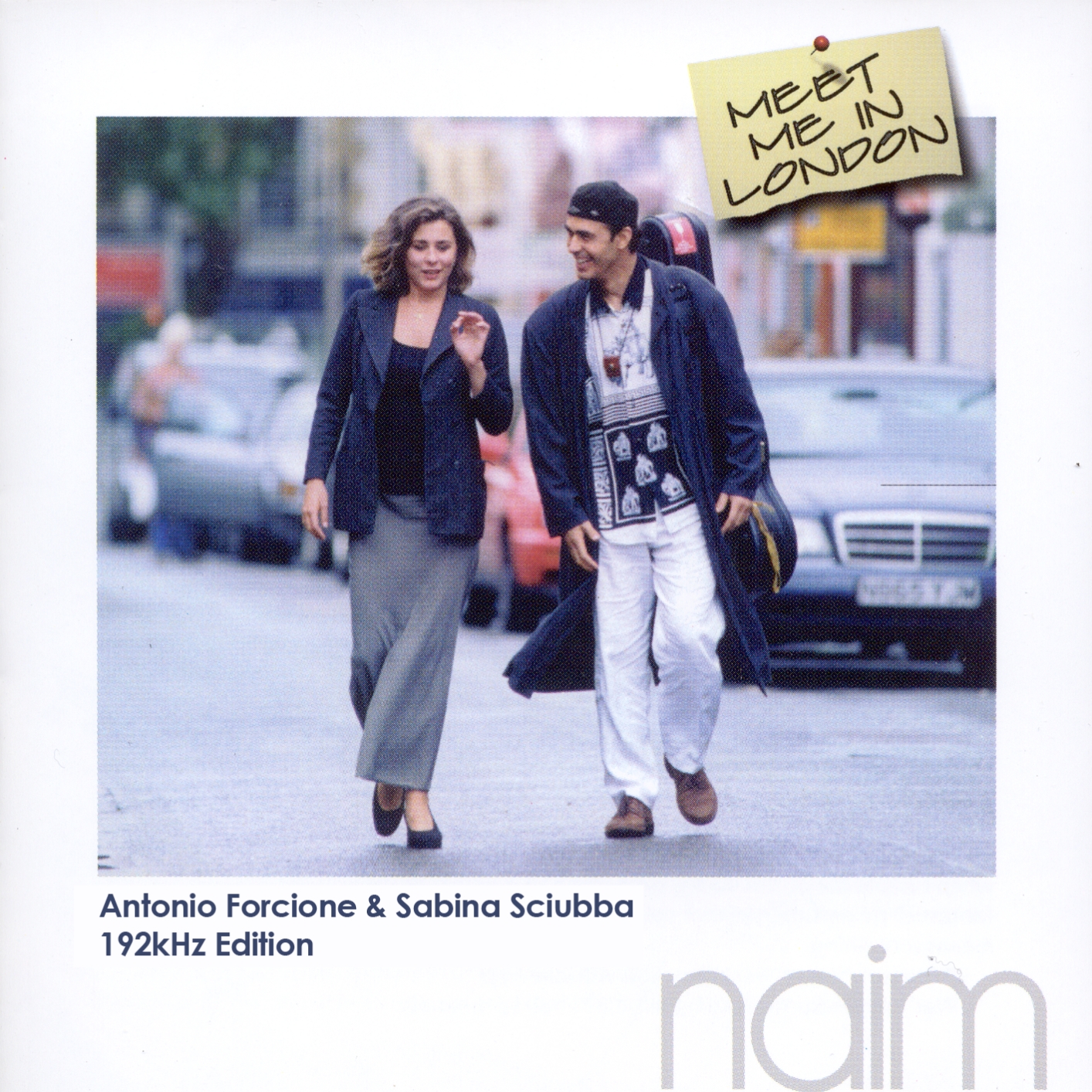 Info zu Meet Me in London

Naim Label guitar virtuoso Antonio Forcione was touring Europe, when he chanced upon the stunning tone and control of twenty-something Sabina Sciubba at an after-show celebration in Hamburg. Upon his return to the UK, he made a beeline for Naim Audio with a spur-of-the-moment idea to take this amazing young lady into the studio. Antonio and Sabina exchanged demo tapes and song ideas until in the autumn of 1997, the two met at September Sound Studio in Twickenham to record an album of popular reinterpretations and originals. The resultant LP, Meet Me In London, became Naim's most successful album to-date and is to this day cherished by audiophiles and music lovers the world over.
Naim‘s most treasured album to date, MMIL was the perfect subject for launching Naim's first Super Hi-Def 24bit 192kHz download. Far from being a simple remaster, this multi-track conversion, remix and remaster at 192kHz took months of hard work to preserve the sonic and emotive qualities of this fascinating album at some of the UK's finest studios. Naim invited the legendary British record producer and engineer Tony Platt, whose musical CV includes The Rolling Stones, Led Zeppelin, Bob Marley, AC/DC, Gary Moore and Buddy Guy to undertake the challenging project. 'I was absolutely delighted to be asked to oversee this remixing project for several reasons. Most notably because I have been a fan of Antonio's playing for some time but also because the chance to open the subtle nuances of such wonderful music with a high resolution remix doesn't come along every day!
Normally, in my role of producer and engineer, I am trying to record and mix music to sound good through the worst possible playback situation so I had to re-adjust my perspective slightly without letting myself becoming so carried away with the process that I lost sight of the album as a musical work. This was occasionally difficult because the world of 192kHz is relatively uncharted and the technical challenges kept us very much on our toes. However, I think we have stayed true to the original whilst releasing aspects of the performances that were hitherto not so clear and accessible. I find this version to be extremely listenable because the space and perspective this format allows enables the listener to really enter the room with the musicians.' (Tony Platt, Platinum Tones)
Antonio Forcione, Guitars
Sabina Sciubba, Vocals
David Mantovani, Fretless Bass, Synth Horn
Bosco de Oliveira, Percussion
Adam Glasser, Harmonica
Malcolm Creese, Double Bass
Produced by Tony Platt & Antonio Forcione
Recorded at September Sound, Twickenham, London (October & December 1997)
Recorded and engineered by Peter Williams, assisted by Clayton Moss and Jody Roberts
24 track AMPEX tape dubbed at 24bit/192kHz by Tony Platt at AIR Strongroom Studios (Studio 2), Shoreditch, London (November 2011) with Studer A800 tape machine.
Mixed by Tony Platt in 24/192kHz on Neve Console using Apogee Symphony DtoA/AtoD for Pro Tools HD at AIR Strongroom (Studio 1), Shoreditch, London (November 2011)
Mastered by Ray Staff at AIR Mastering, Hampstead, London (December 2011) 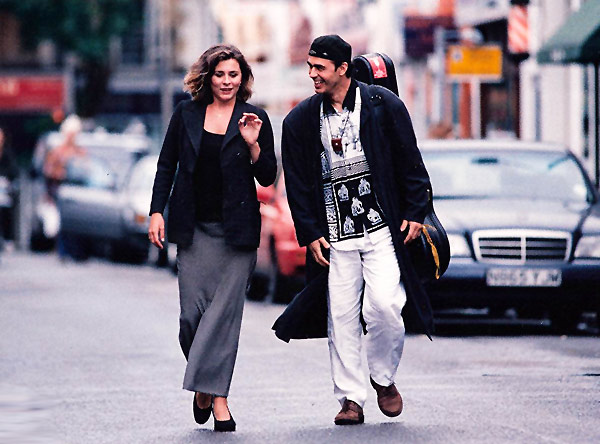 Booklet für Meet Me in London