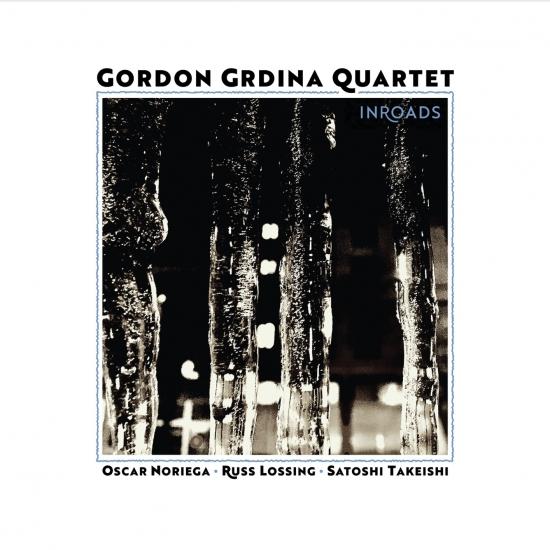 This wild, eclectic project combines intricate counterpoint with the ebb and flow of dynamic yet focused improvisation. Grdina takes inspiration from the complexity of Bartok, the freedom of Ornette Coleman, the energy and logical construction of ideas in Soundgarden, and the delicacy of Webern.
Grdina’s debut recording, Think Like the Waves, was a trio with his mentor Gary Peacock and Paul Motian, and there is something of that group’s deep improvised jazz roots at work here, along with the compositional, classical music bent of his East Van Strings project (The Breathing of Statues). It’s also a reaction to his rock playing in recent years in Dan Mangan’s band and his own instrumental duo Peregrine Falls. Says Grdina, “I felt a strong inner urge to write music that was more unexpected, that didn’t repeat itself so much and was more challenging than what I had been playing. Forms can sometimes feel like you’re being strangled and talked down to. I wanted the music to continually move, feeling free but clearly directed.
“Compositionally this also came out of the work I’d done with Gary Peacock but in a very different way. We worked a lot on composition being a distilled idea that is the germ that sparks improvisation. I wanted to see what would happen if I composed the development of the ideas, keeping the same focused writing style, asking the same questions…The process of writing was similar to what I went through with East Van Strings, which was informed by listening to a lot of Webern and the second Viennese school. Ornette always being present is a given but Soundgarden came up while on the road with Dan Mangan. When I was young I was a fan but didn’t really dig into it, as I was too interested in jazz at the time. I started listening to them again and was really excited and inspired by the energy and careful construction of ideas, intricate yet logical. I was also listening to a lot of Tim Berne and started to feel a connection between the two. So there was something between that intricacy and energy that I was really inspired by.”
“The musicians came together over a two-year process of getting more involved in the NY scene. Oscar [a member of Berne’s Snakeoil], Russ and Satoshi are all amazing, incredibly well rounded, multi-faceted musicians with unique voices. They are also master improvisers, but the chemistry of the band wasn’t apparent at the start. We had a lot of short rehearsals, a gig and then not seeing each other for two months. We did that for about a year. We then went on the road for a string of dates and everything changed. The band just solidified, everyone’s unique voice began to shine and the compositions started to click. It’s not easy music to grasp fully while you’re playing it, as it is very contrapuntal. Each instrument is focused on their own part and it takes a while before you hear it click with the other lines and the logic becomes apparent.”
“Over the course of the last few years I’ve started to connect some disparate directions musically. The oud and the guitar are starting to become interchangeable in a way…How I’m approaching each instrument is becoming more and more similar. I’m moving further away from the original Arabic sound of the oud and starting to push my own voice through its history. “Fragments” is a departure for me and is a path I would like to further develop with this band. Oud and piano in particular work so well together but are fundamentally opposed instruments. It really is like the meeting of two completely different worlds. The clash of ideologies is exciting to me.”
“I hear so many connections to so many genres in this music and from these musicians that I feel it has an extremely broad appeal…I’ve gotten compliments from folk, jazz and classical music fans both young and old, as well as fans of Soundgarden…What it demands though is deep listening. There are moments where it is energetic and in your face, bringing the music to you, but it always goes back in, requiring the listener to come closer and bring their own experience to it.”
“Grdina continues to passionately explore the depths of jazz improvisation, cross-cultural fusions and the fun that comes with cutting loose. Lately, he’s been tearing it up in a new combo from New York City.” (Stuart Derdeyn, Vancouver Sun)
Gordon Grdina, guitar, oud
Oscar Noriega, alto sax, clarinet, bass clarinet
Russ Lossing, piano, Rhodes
Satoshi Takeishi, drums 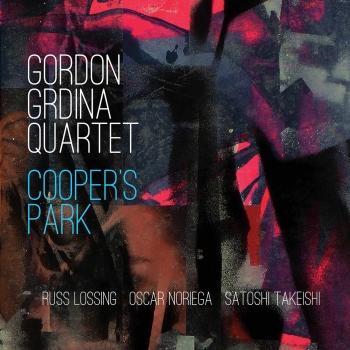 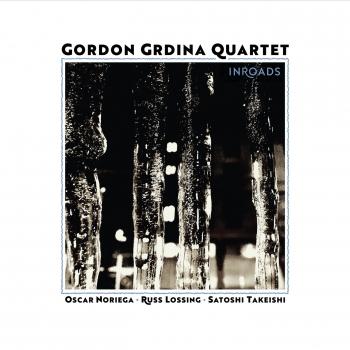 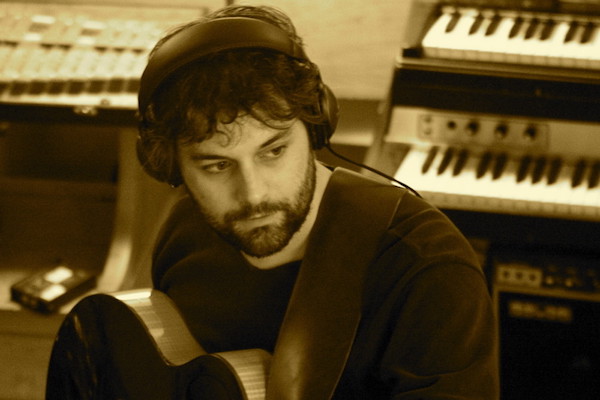 Gordon Grdina
A protégé of jazz great Gary Peacock, he is a well respected contributor to the jazz and world music scenes constantly being sought out for projects that need a fresh sound Songlines has just released “Think Like the Waves” a special SACD that is the culmination of all of Gordon ‘s artistic endeavors. The band is Gary Peacock - Bass, Paul Motian -Drums and Gordon Grdina -Guitar & Oud.
His main touring ensemble Box Cutter is a genre bending modern Jazz quartet featuring François Houle. They Have just signed a two CD deal with Spool and will be releasing their debut CD “Unlearn” in October 2006
East Van Strings is a guitar/oud, violin, viola and cello quartet that is inspired by Bartok, Berg and Arabic Taqasim. The other members of the ensemble are Jesse Zubot, Peggy Lee, and Eyvind Kang. They are touring and recording in December for an early 2007 CD debut.
He plays the Oud in the Arabic/Persian/Indian ensemble Sangha. They are touring in support of their debut CD “Omid” and preparing to record with Virtuoso Persian Classical and Balouchi singer Fatieth Honari.
As a freelance musician Gordon has performed or recorded with Eyvind Kang, Paul Motian, Gary Peacock, John Stowell, Francois Houle, Jesse Zubot, Chuck Isreals, Reza Honari, Amir Haghighi, Andy Milne, Mariam Matossian, Kate Hammett-Vaughan, Chris Gestrin, Karin Plato, Quinsin Nachofff, Peggy Lee, and Dylan Van der Schyff.