No Requests Stretch and Bobbito & The M19s Band 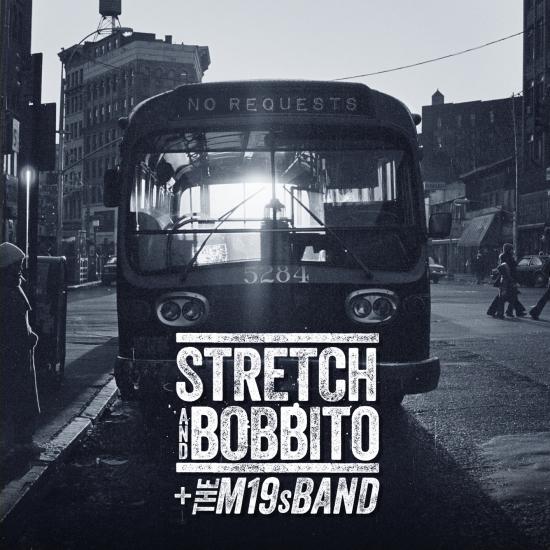 After three decades impacting airwaves, introducing game-changing talent to the masses, and influencing the culture at large, radio legends and dynamic duo Stretch & Bobbito announce the release of their first-ever album, No Requests, on January 17, 2020.
This marks an important milestone for the iconic New York DJs. They curated and produced songs for 10x Grammy Winner Eddie Palmieri’s new label Uprising Music, enlisting world-class talent for this inimitable body of work. As such, the track listing seamlessly integrates Soul, Latin, Jazz, Afro, Samba, and Reggae into an O.G. genre-less cocktail that’s equally intoxicating and inspiring.
In order to bring the project to life, they assembled an A-list cast of musicians to comprise, The M19s Band—affectionately named after Manhattan’s old M19 bus. Back in the day, Bobbito hailed from the Upper West Side and Stretch called the Upper East Side home. This M19 doubled as an artery connecting these two halves of unique urban neighborhoods. It ultimately allowed them to cross cultures and demographic boundaries, much like the music on the album does today.
About the album and partnership, ADA Worldwide President of A&R Label Services, Kenny Weagly commented, “Stretch & Bobbito are responsible for soundtracking multiple generations of hip-hop. They’ve influenced nearly every corner of the culture and continue to do so. It’s an honor to join forces with them in a groundbreaking alliance that encompasses original music and more. We’re excited to provide a platform for them to make history yet again.”
“Producing an album together just seemed like the logical next step to our legacy,” Stretch & Bobbito added. “Having the blessing of NEA Jazz Master Eddie Palmieri and his label’s team to guide us on this journey is almost unfathomable! Much in the way that Palmieri broke barriers with his seminal 1971 LP Harlem River Drive, our goal, from even the first rehearsal, was to do the same—bridge gaps and bring distinct listening communities to one common ground. Our advantage lies in that we’re both DJs who combined have spun in over 50+ countries worldwide. We bring all these experiences into this project. With Brooklyn Road and ADA’s global support and distribution of our music plus podcast, we’re hoping to really reach far corners!
As New Yorkers, we don’t live in safe boxes. Our music reflects that. Don’t call us Latin Jazz. Don’t call us Hip Hop. Listen and relieve yourself of labels, and just dance . . .”
To herald No Requests, they dropped a pair of singles this morning. The first, “I Know You, I Live You,” sees GRAMMY® Award-nominated singer Maimouna Youssef reimagine the Chaka Khan R&B classic of the same name. The songstress lends her sizzling sense of soul to a crescendo of Afro Boricua Bomba, transforming the original in a manner that only Stretch and Bobbito with the M19s Band could envision.
Meanwhile, they also shared “The Mexican” featuring Latin GRAMMY® Award winner Mireya Ramos on vocals and violin. Originally recorded by UK underground favorites Babe Ruth, the track became a park-jam favorite and an absolute staple for DJs. Backed by a Plena break, this version fuses Rock, Soul, Breakbeats, Jazz, and Latin in unprecedented form. 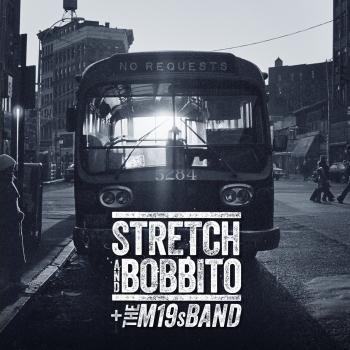 Stretch and Bobbito & The M19s Band 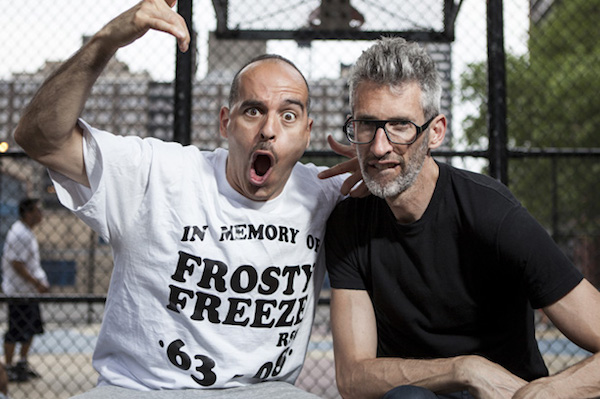 Stretch and Bobbito
NYC native and world-renowned DJ Bobbito Garcia is the critically acclaimed author of Where’d You Get Those? NYC’s Sneaker Culture: 1960-1987 (Testify Books). The former NY Knicks/MSG Network halftime reporter was the voice of EA Sports’ popular NBA Street video game and TV host of ESPN2’s “It’s the Shoes” series. In 2007, Nike released seven co-designed Air Force 1 sneakers bearing his signature. In 2013, Garcia co-directed the film Doin’ It In The Park: Pick-Up Basketball, NYC. Currently, “Kool Bob Love” is the announcer for ESPNU’s Elite 24 Game and his own tournament Full Court 21™.
NYC native Adrian Bartos p/k/a Stretch Armstrong is an internationally recognized DJ with an incomparable career. The 1990s hip-hop legend programmed the “Stretch And Bobbito” radio show, which received high praise from the NY Times and was recognized as “The Best Of All-Time” by the Source Magazine. Stretch produced artist Lil’ Kim’s first single off of her platinum selling debut album, collaborated with Jay-Z and Eminem, music supervised the film Boiler Room, and made national television appearances on the “Arsenio Hall” and “Conan O’Brien” shows. As a club DJ, the progenitor of “open-format” (incorporating a multitude of musical genres) has spun in 20 countries for clients including Calvin Klein and Red Bull. Currently, Stretch consults brands via his Music Dept platform, and contributes a column on cassette culture to Medium.com‘s Cuepoint.