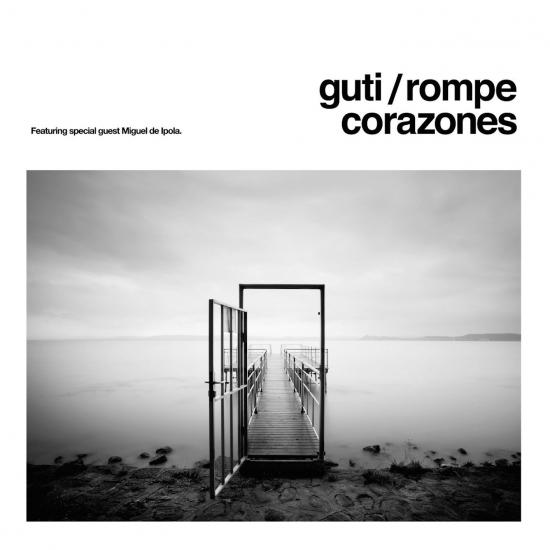 Rompecorazones is the stunning new studio album from Guti; one of Argentina’s most celebrated musical exports. Incorporating elements from a vast array of musical styles – including jazz, electronica, ambient and blues – Guti’s Rompecorazones is widely sourced and intricately crafted; a landmark release from a musician who has always stood out from the crowd.
Perhaps best known for his unique take on house and techno via his celebrated productions and live show, Guti’s musical scope is far wider. He studied jazz under various teachers including internationally-renowned pianist Ernesto Jodos and founded his own band – Jovenes Pordioseros – with whom he regularly played to crowds of 10,000 in his native Argentina.
The origins of Rompecorazones are rooted in Guti’s relocation to Europe five years ago. As an acclaimed, in-demand live act in the dance music scene, Guti has already travelled the world countless times over; sharing once in a lifetime experiences with people from different cultures and walks of life. These myriad experiences have had a profound effect on him.
“I have so many things to say about what has happened in the last five years” says Guti of the motivation behind the album. “I gave my heart to each song, so the album is statement of who I am and what´s inside my heart: it’s my way of staying true to myself, my story, my background.”
By turns haunting and invigorating, sorrowful and rousing, Rompecorazones – literally meaning ‘heart-breaker’ – is Guti at his most honest; a deeply personal album that eschews conventions of genre within which many of his contemporaries seem bound to operate. Completed in a little less than two years between an extensive touring schedule that included trips to “countries I didn’t even know existed”, at one stage Guti’s friend Miguel de Ipola was flown over from Buenos Aires to work on the album, further strengthening the link the album has to his home country.
Of course, being a Guti album the piano is near omnipresent, with most of the songs recorded in a single take. From the melancholy-drenched electronica of ‘La Salida’ to the rousing, jazz-leaning magnificence of ‘Rain’, the piano forms the backbone from which Guti crafts delicate, ethereal musical structures. Guti describes making the album as “a beautiful, painful process”, all of which comes through in the rawness of emotion Rompecorazones manages to capture.
Poetically and fittingly summed up in the artist’s own words as “musical bedtime stories” Rompecorazones is an incredible achievement, and one that will surely be celebrated for years to come. 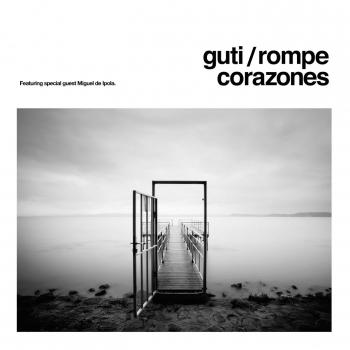 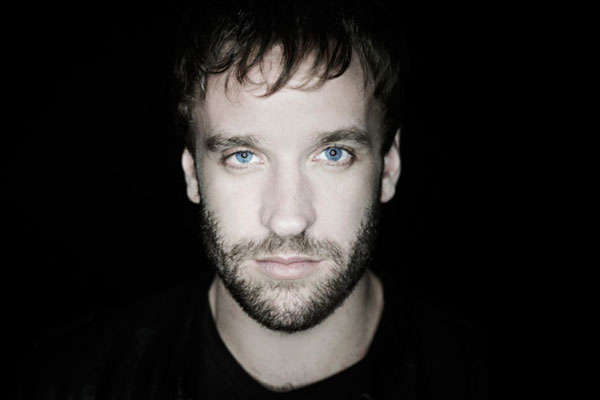 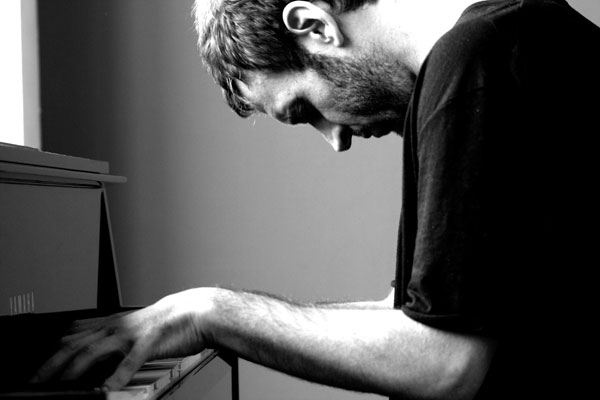 Guti
A classically-trained jazz virtuoso and national rock ‘n’ roll hero in Argentina, Guti’s double 12” pack for Desolat will leave you in no doubt of his ability to twist a snaking groove into something echoingly hypnotic. The tracks contained here are already a favourite in the record boxes of artists like Loco Dice, Seth Troxler and Marco Carola, while Guti’s life story could itself be the subject of a story by Jorge Luis Borges: "I leave to several futures (not to all) my garden of forking paths."
Guti was born in an exceptionally musical, sprawling catholic family, which included orchestra directors, saxophone players and pianists. His grandfather and uncles emigrated from Russia after the war. His mother, an education consultant, is from Uruguay. On long hot summers in that neighbouring country, Guti would steal hours alone at the piano (first teaching himself how to play at the age of five) in a big house belonging to his uncle. Finally, some years later, the family accepted that he could really play – and at the age of 12 a friend of his mother gave him his first jazz shock by challenging him to match Oscar Peterson’s performance on the Night Train record.
During the rule of the El Proceso military junta, Guti’s family fled to cities in Venezuela and Costa Rica: a story arching across Latin America, France and Russia. As a child he soaked up poems and novels by Borges and Vargas Llosa and his father would sing him Cuban songs. He is influenced by the folk music of Argentina, which he says is both incredibly intricate and perfectly simple. Guti loves adventures – the spark of discovery seems to be a driving force for him. In 2009 he bounced between Berlin, Athens and Paris, making tracks as he went. Although he plans to move to Düsseldorf in 2010 to hunker down in the studio to concentrate on the Guti techno and house project, it’s unlikely he’ll leave behind the spirit of the Latin America he knows. “I love Buenos Aires. It’s a huge city… a huge jungle. Really fast, really crazy, dirty, messy. But really creative: amazing musicians. That happens with all the poor countries. We don’t have money, so we play music. We write books.”
As a teen, after getting into blues he began hanging with successful Argentine rock bands like the Black and Blues, Ratones Paranoicos, Viejas Locas and Los Piojos. “We were jamming, and I discovered that energy.” Before long, his own band Jovenes Pordioseros were playing to 10,000 people from Thursday through Saturday. But it’s not in Guti’s nature to stay locked in one mode of music. He made time to study salsa from a Cuban teacher on the side, as well as studying jazz under various teachers including internationally-renowned pianist Ernesto Jodos.
It was in the studio of Latin Grammy-nominated producer and friend Leandro Martinez that Guti began experimenting with making house beats and singing on top. And having grown up with music, it didn’t take long before he was banging out several tracks a day without breaking a sweat.
A heartbeat later, he’d landed a hit with Damian Schwarz on Frankfurt label Raum…Musik, and the tune was licensed by Loco Dice for his compilation The Lab. Guti passed a handful more tracks in Loco Dice’s direction, and the die was cast. Guti’s electronic career began to ignite.
Just two years after his first live sets in Europe, Desolat is proud to present Guti’s Las Cosas Que No Se Tocan. The beats follow Guti across continents: Mr Good Vibes was composed in a hotel room in Stuttgart after an argument with a friend, while the serious dancefloor vibes of Sasa, the Hustler and Leuuu were channelled in Martinez’ studio. Leuuu and the Hustler feature slices of glamorous, haunting vocals by Jason Walker, a British singer that Guti discovered on Myspace.
And Sasa boasts Guti’s own vocal touches. Meanwhile, the track Aguanile is inspired by one of his favourite melodies as a child, one that he’s collected many versions of. The last track on the release, El Campeon, reaches a bittersweet ending in the wide open space between percussive trills and a cut-out refrain, inspired by Guti’s favourite Latin storylines of “broken hearts and pain”.