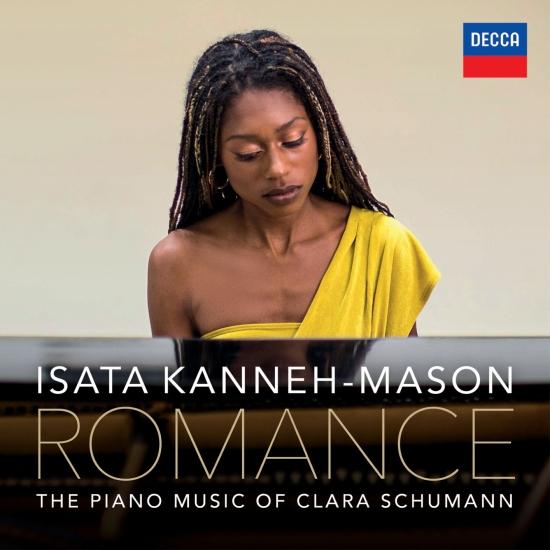 For the 200th anniversary of Clara Schumann’s birth, Isata Kanneh-Mason takes us on a journey through the composer’s extraordinary life with her stunning debut album on Decca Classics. Isata will be joining forces with an all-female line-up to champion the significance of women musicians throughout the years, and their influence on the classical musical canon. The recording features Clara Schumann’s Piano Concerto in A minor, written at the age of fourteen, performed by the composer at Leipzig Gewandhaus two years later under the baton of Felix Mendelssohn.
On signing to the label, Isata said: “Creating my debut record has been such an exciting journey for me, and I have learned so much along the way! It has been fantastic to work with the team at Decca Classics and to share the music of Clara Schumann in such a significant year – the 200th anniversary of her birth.”
Dr. Alexander Buhr, Managing Director of Decca Classics, said: “Isata is an immensely talented pianist with remarkable musicality and a curious mind, always ready to explore new musical horizons. We are very happy to welcome her to the Decca Classics family with this project celebrating one of the greatest women in music history.”
Having four younger sisters, Isata is delighted to represent the work of a strong female voice in classical music: “What struck me most about Clara Schumann is her incredible strength. Not only did she manage to sustain a long and demanding concert career (almost unheard of for a woman during her time!), she also raised a large family and dealt with inconceivable tragedies. I also come from a big family, and I am lucky to have been surrounded by many strong and inspiring women throughout my life.” Isata is currently completing her postgraduate studies with Carole Presland at the Royal Academy of Music and was recently signed to Enticott Music Management for worldwide general management, joining an esteemed roster of international artists.
She competed in the final of the piano category at the 2014 BBC Young Musician competition, and performed with Sir Elton John in Los Angeles in 2013, having completed her undergraduate studies as an Elton John scholar at the Academy. Together with her brothers Sheku and Braimah, she performs internationally as the Kanneh-Mason Trio, and enjoys a successful and increasingly busy concert career as a solo artist, with concerto appearances, recitals and chamber concerts throughout the UK and abroad.
Highlights this season include appearances at the Lucerne Festival, the Zurich Tonhalle, Wigmore Hall, Amsterdam Concertgebouw, Saint-Denis Festival in Paris, and an extensive US tour, including a debut recital at New York’s Carnegie Hall. Isata has also performed in the Portland Piano Series in Oregon, the Barbican Centre’s Sound Unbound Series, The Color of Music Festival in South Carolina, in Amsterdam, the Caribbean, the Cayman Islands, and Canada.
Clara Schumann is considered one of the most distinguished composers and pianists of the Romantic era, and her works were extremely popular among her contemporaries. She made her performance debut aged nine and was one of the first pianists to perform from memory – a standard practice for professional pianists now.
Clara Schumann’s Piano Concerto was recorded with the Royal Liverpool Philharmonic Orchestra, conducted by Holly Mathieson. The Three Romances for Violin & Piano were recorded with violinist and BBC New Generation Artist Elena Urioste. The recording also features music from various phases of Clara’s life, from the youthful Piano Concerto to the mature magnificence of her Piano Sonata, the achingly beautiful Violin Romances and rarely-recorded transcriptions of songs by Robert Schumann.
Isata Kanneh-Mason, piano 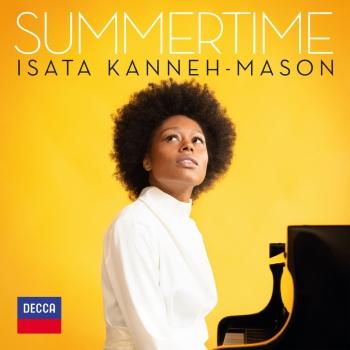 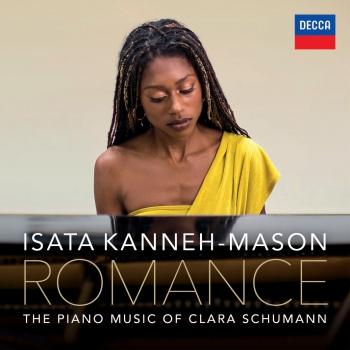 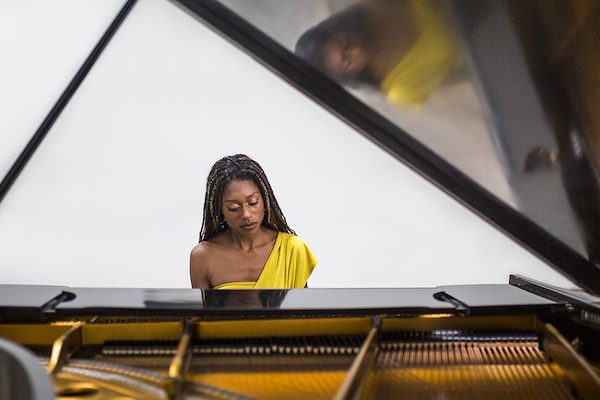 Isata Kanneh-Mason
A postgraduate student at London’s Royal Academy of Music, Isata Kanneh-Mason has embarked on a successful and increasingly busy concert career as a solo artist, with concerto appearances, solo recitals and chamber concerts throughout the UK and abroad. Isata also continues to perform with her siblings, including regular duo recitals with her brother, the cellist, Sheku Kanneh-Mason. Highlights this season include appearances at the Lucerne Festival, the Zurich Tonhalle, Wigmore Hall, Amsterdam Concertgebouw, Saint-Denis Festival in Paris, and an extensive US tour, including their debut recital at New York’s Carnegie Hall. Isata has also performed in the Portland Piano Series in Oregon, the Barbican Centre’s Sound Unbound Series, The Color of Music Festival in South Carolina, in Amsterdam, the Caribbean, the Cayman Islands, and Canada.
Isata reached her category final in the 2014 BBC Young Musician competition, winning the Walter Todds Bursary for the most promising musician before the Grand Final. She has since performed several times on television and radio, including BBC Radio 3 In Tune, the Radio 3 RPS Awards, BBC2 Proms Extra, Radio 4 Woman’s Hour, Al Jazeera TV, BBC World Service, Channel 4, The One Show, ITV Born To Shine, BBC2 Classroom Heroes, and a feature for CBS’s Sunday Morning.
A highlight of 2019 will be the release in the summer of Isata’s first recording for Decca Classics, an album of Clara Schumann’s piano music in celebration of the 200th anniversary of the composer’s birth. At the centre of the album is the piano concerto, recorded with the Royal Liverpool Philharmonic and Holly Mathieson.
Having been awarded the Gwendolyn Reiche scholarship for postgraduate study, Isata continues to learn with Carole Presland at the Royal Academy of Music in London. She previously completed her undergraduate degree at the Academy as an Elton John scholar, and performed with Sir Elton in 2013 in Los Angeles.
Isata is grateful to Nottingham Soroptimist Trust, Mr and Mrs John Bryden, Frank White, Awards for Young Musicians, and Sir Elton John.