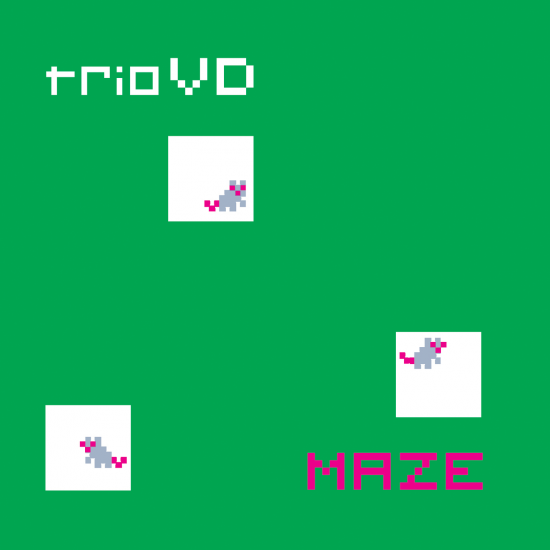 Maze is a tenacious adventure through the murky waters of the genre-defying unknown. trioVD, three heavyweights of the North's improvisational scene, make deeply leftfield music to shock and inspire; picture John Coltrane and Mesuggah collaborating on a David Lynch soundtrack. As much an acoustic interpretation of Squarepusher as it is an electronic incarnation of Sun Ra, this aural assault is best served up at high volumes to the extremely open-minded.
Cult experimental outfit trioVD make an audacious return in 2012 with ‘Maze', the product of two years of introspection in a Leeds basement come DIY recording studio. Their 2009 debut album ‘Fill It Up With Ghosts' redefined preconceptions of contemporary British jazz, winning MOJO Jazz Album of the Year, and yet, despite the ever present ‘J' word their shows are populated by voracious crowds of old-proggers and muso-teens who aspire only to possess the heel-toe of drummer Chris Bussey, the sweep-pick of guitarist Chris Sharkey or the growl of saxophonist Christophe de Bézenac, not least their original creative vision and cohesion.
‘Maze' is 100% trioVD and everything you would expect from them: it's fun; it's complex; it's diverse and it's powerful. Taking a different approach to ‘Maze' than that with ‘Fill It Up With Ghosts', the band wanted to record in such a way that the recording and production became part of the composing process. Begging, borrowing and stealing equipment from friends they recorded the album in their rehearsal room in Leeds, learning how to use the equipment as they went along. Mindful of how powerful their live shows were and how hard this was to translate to an album, they set about broadening their sound, to include extra orchestration, vocals, synths and percussion. The result is indeed, pure trioVD.
Of the ten tracks that make up ‘Maze', opener Brick is the perfect entrée to the band's more complex and daring sound. A chaotic blast beat descending into a melting pot of chugging heavy metal guitars, dauntless alto sax and syncopated drums. There are however, moments of relative calm on the album, which juxtaposed with the raw energy we have come to expect from the band make for the additional textures they wished to achieve. For example, pure one-take improv Ducks recalls the dexterity and tone of Coleman or Coltrane shrouded by a typically sinister sonic backdrop - you can see the movie playing in your mind. And Ups, with its deep rhythmic structure, is the perfect foil to the addictive Morse, a combination of Morse code, French gibberish, heavy guitars, two-handed tapping and a feverish dream sequence.
2012 looks bright for trioVD, with a UK tour penned for the Autumn and a wealth of international performances from rock festivals to jazz clubs, as always appealing to anyone and everyone who is prepared to have their mind blown by the most original of original music out there in the world today.
'A truly mesmerising band, go and see them as soon as you can.' (Jazzwise)
'earth-shattering, taking a sledgehammer to preconceived limitations of jazz...' (Time Out)
'The terrific Leeds-based trioVD followed up with an equally ferocious display, this time a fast, tight and awesomely expert conjunction of spiky high-energy compositions, uninhibited sax and guitar improv and machine-gun drumming.' (John Fordham - London Jazz Festival Review, The Guardian)
Christophe de Bézenac, saxophone & noises
Chris Bussey, drums & noises
Chris Sharkey, guitars & noises
Guest vocals by Mailys Swindells De Bézenac abd Kate Brown.
Recorded by trioVD at Rancho Unrelaxo Studios, Leeds.
Mixed by trioVD and Peter Beckmannat Technology Works, London. 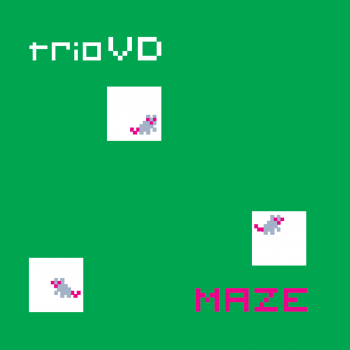 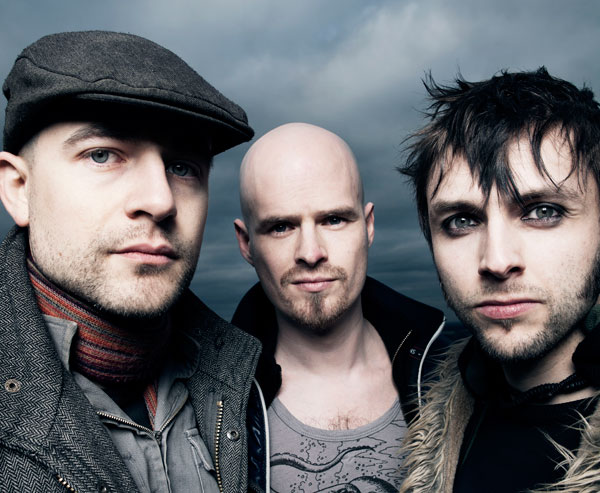