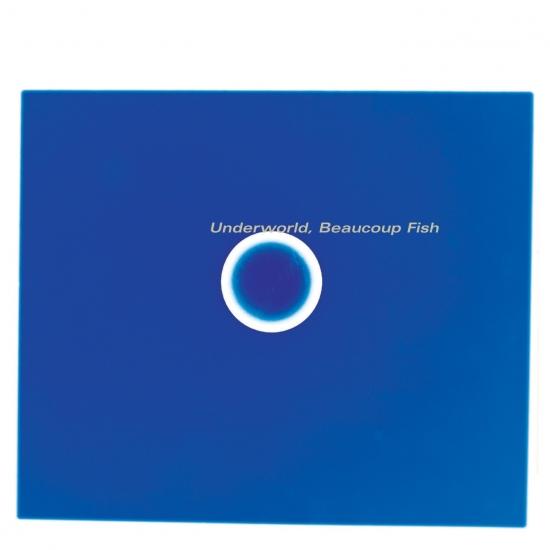 The fifth studio album from British electronic group Underworld is being remastered at Abbey Road Studios and reissued on HighResAudio.
Originally released in 1999, Beaucoup Fish includes the massive hit 'Push Upstairs' and 10 other tracks. Karl Hyde and Rick Smith came together in the early '80s in the Art-Rock/New Wave band Freur, who eventually morphed into Underworld in the latter part of the decade. By the early '90s, the duo had reinvented themselves as a modern Electronic outfit and achieved critical acclaim, worldwide success and became one of the most influential bands in clubland... all before the '90s came to a close. Underworld explored the fringes of Dub, Dance and Techno, creating a seamless, eclectic fusion of various Dance genres.
„A stunning album of smart, dance-pop craft, Beaucoup Fish blends stomping beats and meandering, binary dream worlds into a cohesive and heavenly revelation. It's another work filled with Karl Hyde's singsong talk-vocals ("Push Downstairs") floating over DJ Darren Emerson's sinewy, house-style rave-ups ("King of Snake"), a sound that has distinguished them since 1993's Dubnobasswithmyheadman. On Beaucoup Fish, however, that sound slips around tracks that do more than patiently await the next thick coat of rhythm, building simple songs into a digitized, epic whole. There are eruptions of ecstatic melody on songs such as "Jumbo," while jerky dance tracks such as "Bruce Lee" open whole new avenues for bursting layers of rhythmic ambience. Underworld are doomed to be haunted forever by "Born Slippy" (popularized via the Trainspotting soundtrack), the world's first international rave anthem, yet Beaucoup Fish goes well beyond such timely phenomena, and works instead to free electronic music from its computer-age constraints.“ (Matthew Cooke, AMG)
Underworld
Produced by Rick Smith
Digitally remastered 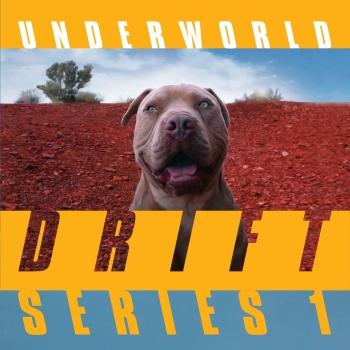 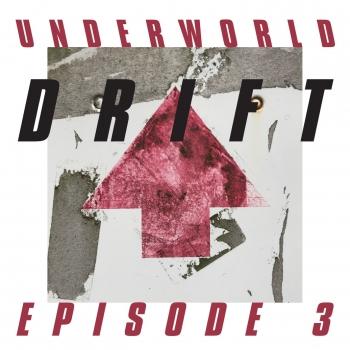 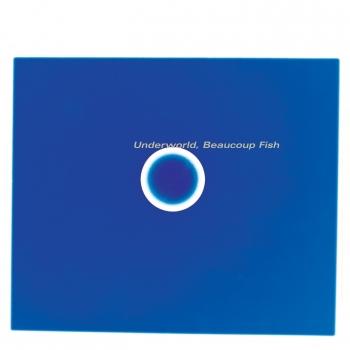 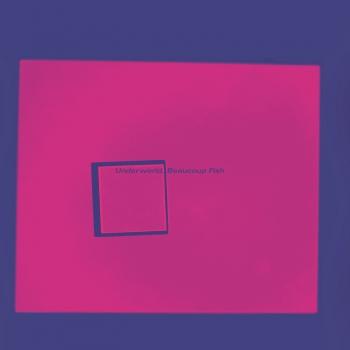 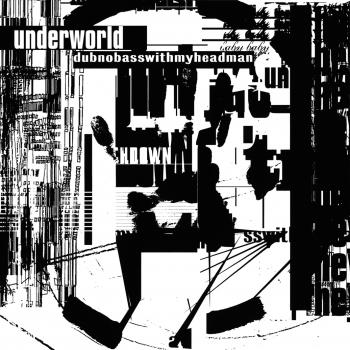 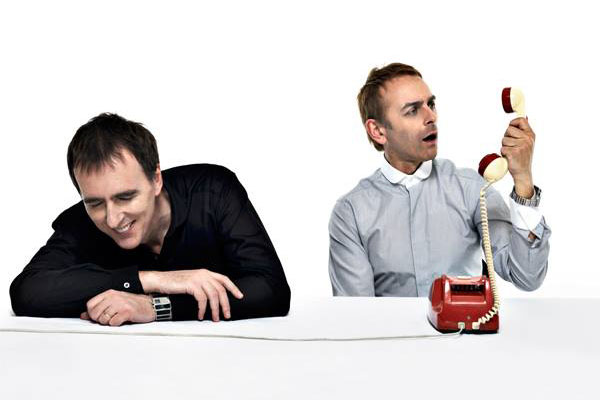 Underworld
became one of the most crucial electronic acts of the 1990s via an intriguing synthesis of old and new. The trio's two-man frontline, vocalist Karl Hyde and keyboard player Rick Smith, had been recording together since the early-'80s new wave explosion; after two unsuccessful albums released as Underworld during the late '80s, the pair finally hit it big after recruiting Darren Emerson, a young DJ hipped to the sound of techno and trance. Traditional pop song forms were jettisoned in favor of Hyde's heavily treated vocals, barely there whispering, and surreal wordplay, stretched out over the urban breakbeat trance ripped out by Emerson and company while Hyde's cascade of guitar-shard effects provided a bluesy foil to the stark music. All in all, the decision to go pop was hardly a concession to the mainstream. The first Underworld album by the trio, Dubnobasswithmyheadman, appeared in late 1993 to a flurry of critical acclaim; the trio then gained U.S. distribution for the album with TVT. Second Toughest in the Infants, the group's sophomore LP, updated its sound slightly and received more praise than the debut. Unlike the first, the LP also sold well, thanks in part to the non-album single "Born Slippy," featured on the soundtrack to the seminal film Trainspotting.
The roots of Underworld go back to the dawn of the 1980s, when Hyde and Smith formed a new wave band called Freur. The group released Doot-Doot in 1983 and Get Us Out of Here two years later, but subsequently disintegrated. Hyde worked on guitar sessions for Debbie Harry and Prince, then reunited with Smith in 1988 to form an industrial-funk band called Underworld. The pair earned an American contract with Sire and released its debut album, Underneath the Radar, in 1988. Change the Weather followed one year later, even though little attention had been paid to the first. By the end of the decade, Underworld had disappeared as well.
As they had several years earlier, Hyde and Smith shed their skin yet again, recruiting hotshot DJ Darren Emerson and renaming themselves Lemon Interrupt. In 1992, the trio debuted with two singles, "Dirty"/"Minneapolis" and "Bigmouth"/"Eclipse," both released on Junior Boys Own Records. After they reverted back to Underworld, 1993's "Rez" and "MMM...Skyscraper I Love You" caused a minor sensation in the dance community. Instead of adding small elements of techno to a basically pop or rock formula (as many bands had attempted with varying success), Underworld treated techno as the dominant force. Their debut album, Dubnobasswithmyheadman, was praised by many critics upon release later in 1993 and crossed over to the British pop charts. Hyde, Smith, and Emerson impressed many at their concert dates as well; the trio apparently relished playing live, touring Great Britain twice plus Japan, Europe, and the annual summer festival circuit, where their Glastonbury appearance became the stuff of legend.
Dubnobasswithmyheadman was released in the U.S. in 1995 after being licensed to TVT Records. During the rest of the year, Underworld were relatively quiet, releasing only the single "Born Slippy." Finally, Second Toughest in the Infants appeared in early 1996 to much critical praise. The trio gained no small amount of commercial success later in the year when "Born Slippy" was featured on the soundtrack to Trainspotting, the controversial Scottish film that earned praise from critics all over the globe. Underworld also remained busy with Tomato — their own graphic design company responsible for commercials from such high-profile clients as Nike, Sony, Adidas, and Pepsi — and remixing work for Depeche Mode, Björk, St. Etienne, Sven Väth, Simply Red, and Leftfield. Emerson continued to DJ on a regular basis, releasing mix albums for Mixmag! and Deconstruction. Though Underworld's 1999 LP, Beaucoup Fish, was initially a critical and commercial disappointment, the band continued to tour the world. The live album Everything, Everything followed in 2000, after which Emerson left to continue his DJ career. A Hundred Days Off, Underworld's first LP as a duo since 1989, was released in mid-2002. One year later, the stopgap compilation 1992-2002 appeared.
By 2005, the duo had officially been joined by one of Britain's most respected DJs, Darren Price (although he contributed to A Hundred Days Off), and his work also appeared on a series of online-only EPs Underworld released during 2005 and 2006. They also recorded new material for the soundtrack of the Anthony Minghella film Breaking and Entering. Their first "proper" full-length since 2002, Oblivion with Bells, appeared in 2007. It was followed in 2010 by Barking, an album that featured numerous guest producers including Paul van Dyk, Appleblim, and High Contrast.