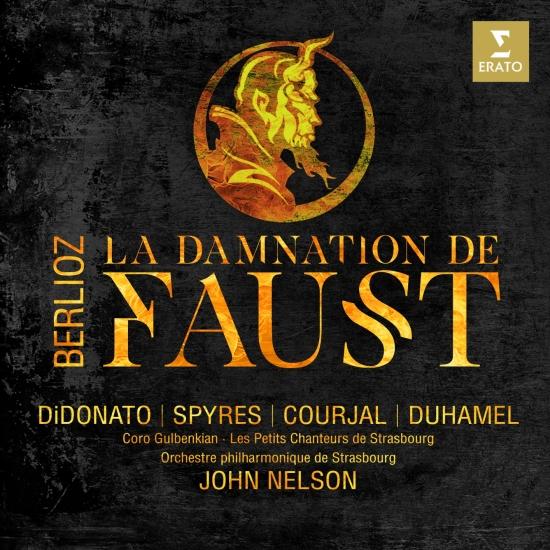 “The most dramatic piece that Berlioz ever wrote,” is how conductor John Nelson describes La Damnation de Faust. The composer designated this thrilling hybrid of oratorio and opera a ‘légende dramatique’. Following in the triumphant footsteps of Les Troyens, also recorded at the Auditorium Erasme in Strasbourg, this performance reunites Nelson and the Orchestre Philharmonique de Strasbourg with singers Michael Spyres, Joyce DiDonato and Nicolas Courjal.
“The most dramatic piece that Berlioz ever wrote,” is how conductor John Nelson describes La Damnation de Faust. Based on Goethe’s Faust and first performed in 1846, it is an epic hybrid of oratorio and opera – a ‘légende dramatique’ according to the composer, who recognised that its greatest potential lay in firing the audience’s imagination: “Music has great wings,” he said, “but the walls of a theatre do not allow it to spread them to the full.”
This recording was made in the Auditorium Erasme in Strasbourg in April 2019, two years after Nelson, the Orchestre Philharmonique de Strasbourg and a superb cast including Joyce DiDonato, Michael Spyres and Nicolas Courjal brought Berlioz’s Les Troyens to life in the same venue. The associated Erato recording of the huge two-part opera has gone on to win unalloyed praise and multiple major prizes. As the New York Times wrote: “Berlioz’s epic opera has rarely been given such luxury treatment as in this magnificent live recording from France.”
For La Damnation de Faust, Nelson, DiDonato, Spyres and Courjal – described by France Musique as a ‘dream team” – were joined by French baritone Alexandre Duhamel. Capturing the thrill of the occasion, and remembering the impact of Les Troyens, Bachtrack wrote: “Lightning, they say, never strikes in the same place twice. If that's the case, then somebody please explain the scorch marks streaked across Strasbourg's Palais de la Musique et des Congrès ... Nelson wove Berlioz's fantastical score miraculously and meticulously.”
The Times, also giving a five-star review to the performance, said: “Strasbourg is a kind of meeting point between France and Germany — and in a way so is Damnation, in which the extravagance of Berlioz’s writing meets the philosophical rigour of Goethe. The conductor favours this orchestra, too, for its Gallic colours and Germanic discipline. It makes an impressive blend. The Hungarian March, kicked off by Nelson with deceptive calm, built up to a strutting, testosterone-fuelled climax. Amid the great setpieces, however, one admired the sinuous delicacy of the OPS’s playing: the gauzy strings accompanying the devil’s serenade, ‘Voici des roses’, the eerie woodwind tinkle of the infernal spirits, and the two instrumental partners in Marguerite’s big arias, first a silky viola, then a luminous cor anglais ... Vivid characters massed behind the orchestra — the Coro Gulbenkian, a virtuosic Portuguese choir who played impeccable Easter celebrants, lusty peasants and outrageously raucous students, but saved the best for worst as the cacophonous imps of Hell. Their richly detailed performances set the tone for the soloists. Nicolas Courjal’s Méphistophélès … took wicked ownership of the text, playing Faust like a fish on a line. This is a devil who would happily pour the champagne at the same time as impaling your nether regions with a pitchfork. He made a compelling foil for Spyres’s ardent, doomed and near unsurpassable Faust. He’s a fearless tenor who can do baritonal strength as well as spinetinglingly floated high notes, and who — by the end of the night — seemed utterly under the spell of Mephisto and Berlioz ... DiDonato [was] a Marguerite of marvellous elegance and vulnerability, close to delirium in her last scene, an emotion the whole audience could partake in when it was all over.”
The central role of Faust is closely identified with Michael Spyres. Le Monde pointed out that the character had resonances for Berlioz himself: “An alter ego condemned to solitude, a spirit too large for a small world … the archetypal Romantic hero.” The online magazine Toute la culture observed that the tenor “took such a grip on Faust’s character that he became indistinguishable from … the man who has sold his soul to the devil, a timeless poetic and romantic character … He [Spyres] was possessed, not by Méphistophélès, but by the music … When everything came to an end, there was an almost religious silence … before thunderous applause broke out. Amidst the acclaim Michael Spyres wiped tears from his eyes … What a musical experience this had been for us all!”
Michael Spyres, tenor (Faust)
Joyce DiDonato, mezzo-soprano (Marguerite)
Nicolas Courjal, bass (Méphistophélès)
Alexandre Duhamel, baritone (Brander)
Coro Gulbenkian
Strasbourg Philharmonic Orchestra
John Nelson, conductor 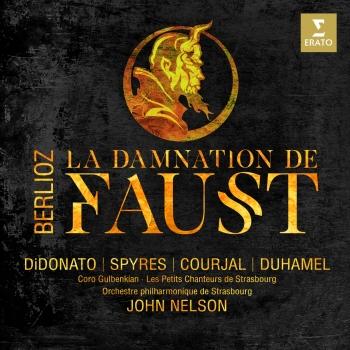 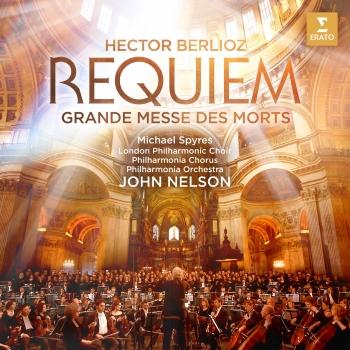 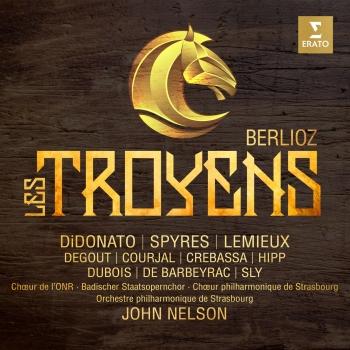