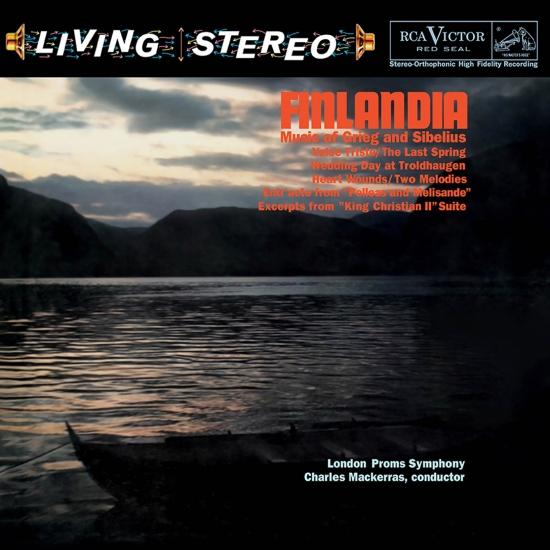 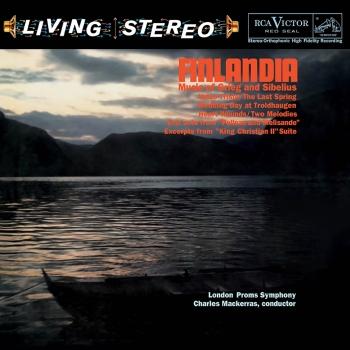 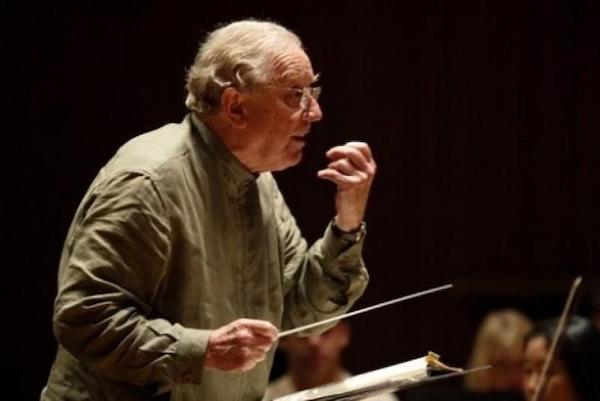 Sir Charles Mackerras
Born in 1925 of Australian parents in America, Sir Charles Mackerras studied in Sydney and Prague and made his début as an opera conductor at Sadler's Wells. He was First Conductor of the Hamburg Opera (1966-69) and Musical Director of both Sadler's Wells (later English National Opera) (1970-77), and of Welsh National Opera (1987-92), where his notable Janácek productions, amongst many others, were acclaimed. From 1982-85 Sir Charles was Chief Conductor of the Sydney Symphony Orchestra and also conducted the opening public concert at the Sydney Opera House. Sir Charles was Conductor Laureate of the Scottish Chamber Orchestra, Conductor Emeritus of the OAE, Conductor Laureate of the Brno Philharmonic Orchestra, Principal Guest Conductor of the Philharmonia Orchestra, Conductor Emeritus of the Welsh National Opera, Conductor Emeritus of the Royal Liverpool Philharmonic Orchestra and Principal Guest Conductor Emeritus of the San Francisco Opera. A specialist in Czech repertory, Sir Charles was Principal Guest Conductor of the Czech Philharmonic Orchestra from 1997-2003, following his life-long association with both the Orchestra and many aspects of Czech musical life.
Sir Charles has undertaken much research into performance practice of the eighteenth and nineteenth centuries. One of the highlights of the 1991 season was the re-opening of the Estates Theatre in Prague, scene of the première of Don Giovanni. Sir Charles conducted a new production of that opera to mark the bicentenary of Mozart's death. He has recorded all of Mozart's Symphonies and Serenades with the Prague Chamber Orchestra. With the Scottish Chamber Orchestra he has recorded seven Mozart operas, including La Clemenza di Tito. He has been named Honorary President of the Edinburgh International Festival Society.
His vast discography includes an award-winning cycle of Janácek operas with the Vienna Philharmonic Orchestra, Britten's Gloriana with WNO and Dvorák's Rusalka with the Czech Philharmonic Orchestra. Notable are his recordings with the Royal Liverpool Philharmonic Orchestra of Beethoven's and Mahler's symphonies and Brahms' four symphonies with the Scottish Chamber Orchestra. Sir Charles and the Scottish Chamber Orchestra have recorded Mozart: Symphonies 38-41 (Linn CKD 308) and Mozart: Symphonies 29, 31 (Paris), 32, 35 (Haffner) & 36 (Linz) (Linn CKD 350) as well as Mozart concertos with Alfred Brendel. Sir Charles has recorded Czech music with the Czech Philharmonic Orchestra, including Dvorák's Slavonic Dances, Smetana's Má Vlast, Martin Field's Mass and Double Concerto and Janácek's Katya Kabanova, Šárka and the Glagolitic Mass all for Supraphon. For Chandos he has recorded The Magic Flute, The Makropolous Case, Così Fan Tutte and Hansel & Gretel, which won a GRAMMY Award for Best Opera Recording. He has recorded the complete Beethoven symphonies for Hyperion Records. His recording Beethoven: Piano Concertos 3, 4 & 5 (Linn CKD 336), with Artur Pizarro (piano) and the Scottish Chamber Orchestra was released in May 2009.
Sir Charles made his début with the Royal Opera House, Covent Garden in 1964, where he has since conducted 33 operas, including Un Ballo in Maschera which celebrated his 50th anniversary and 80th birthday in 2005. He also recently conducted Katya Kabanova there, an opera which he first introduced to London audiences in 1951 at the Sadler's Wells Theatre; the first performance of a Janácek opera in the United Kingdom. In addition to his many appearances with the San Francisco Opera, he has a long association with the Metropolitan Opera, New York. He made his début at the Salzburg Festival, with the Vienna Philharmonic, conducting Le Nozze di Figaro in 1998, and returned to Salzburg to conduct the orchestra in a programme of Schubert and Mozart in 2005. He made his début with the Berlin Philharmonic Orchestra in 2004, in which year he also made his début at the National Theatre Prague, conducting Janácek's Výlety pana Broucka (The Excursions of Mr Broucek).
Sir Charles received a CBE in 1974 and was knighted in 1979. He was honoured with the medal of merit from the Czech Republic in 1996, made a Companion of the Order of Australia in 1997 and made a Companion of Honour in the 2003 Queen's Birthday Honours. In May 2005 he was presented with the Royal Philharmonic Society Gold Medal and in November 2005 was the first recipient of the Queen's Medal for Music. In 2008 his recording of Mozart: Symphonies 38-41 was named Album of the Year at Le Monde de la Musique Choc de l'annee Awards and in 2009 the same recording was the winner of the Symphonic Works Award in the Midem Classical Awards 2009 and in a double-win won the Orchestral Award and Disc of the Year at the 2009 BBC Music Magazine awards.
Sir Charles sadly passed away on 14th July 2010 after a long battle with cancer.