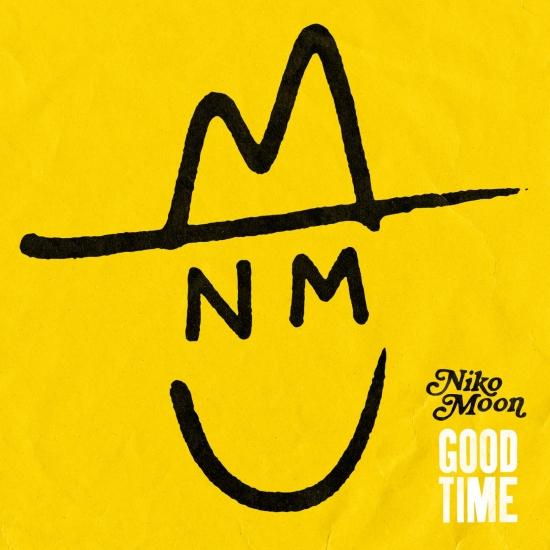 Sitting across from country singer/songwriter Niko Moon, the words "GOOD TIME" are inescapable, peeking through the threads above his knees. "Good Time" is a track on his forthcoming genre-testing debut EP, a moment he wanted to benchmark with tattoos: "GOOD" on his right leg, "TIME" on his left.
Produced by Moon alongside longtime collaborator and friend Joshua Murty, GOOD TIME features the No. 1 in US, Platinum-certified title track as well as Moon’s latest single, “NO SAD SONGS.” Fans can expect more of Moon’s trademark positivity and the “one-man party” (Billboard) to continue on his highly anticipated full-length project, as HITS lauds, “Moon has found the sweet spot for intriguing rhythms holding small-town values in a roots-music vat that expands modern country.” Accented by banjo forward, swaggy back beats and guitars that tang as much as twang, GOOD TIME evokes an old school sort of country along with evident influence from Michael Franti, John Prine, the Eagles and Outkast through songs that simmer, stir and sizzle.
"I always wear holy jeans," Moon explains, "and I’m starting to run out of real estate."
"GOOD TIME" deserved permanent ink, since the phrase is more than just an album title. It’s also a way of life for Moon, an adventurous artist, writer and musician with an enduring optimism and a flair for challenging boundaries. That attitude is apparent in the EP, a judiciously layered synthesis of his Georgia roots, pairing Atlanta-bred hip-hop and rural-fed traditional country, two genres that were considered incompatible not that long ago. The EP will be released later this year, but for a sneak preview, "Good Time" and "Drunk Over You" are available now.
Moon’s relationship to both makes the cross-pollination a natural one. Douglasville, Georgia, where he spent his teens, is 30 miles due west of downtown Hotlanta, the epicenter for OutKast, T.I. and The Ying-Yang Twins. Douglasville is likewise 30 miles north of Newnan, the home of holy-jeans wearing country singer Alan Jackson and the birthplace of "Seven Bridges Road" songwriter Steve Young. Adding to Moon’s musical upbringing, his father was a part-time musician with a penchant for smart country artists – such as John Prine and Kris Kristofferson – and all those influences blended into Moon’s artful persona: a mix of hooky melodies, shrewd wordplay and edgy, electronic beats.
"If my life was to have a sound, this is it," Moon says of the summery architecture in Good Time. "The way I think of it is bass and drums is Atlanta, and everything above it is Douglasville."
Niko Moon, vocals 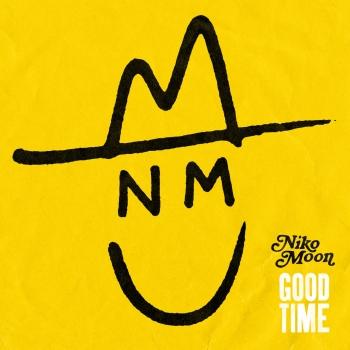 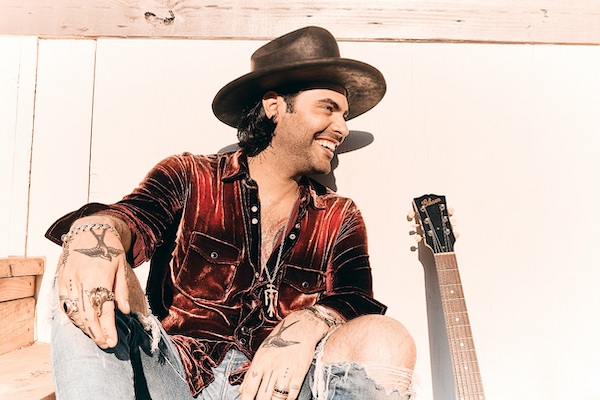 Niko Moon
RCA Nashville breakthrough recording artist Niko Moon kicked off 2021 by topping multiple charts with his Platinum-selling debut single “GOOD TIME.” With more than 297 million on-demand streams, “GOOD TIME” helped catapult Moon to No. 1 on Billboard’s Emerging Artists chart and has been lauded as “a bottle-passin’ campfire daydream” (Tennessean), solidifying the genre-defying entertainer’s reputation as “One of the most genuine and creative artists in country music right now” (THINK Country Music ). Born in Tyler, TX, Moon relocated to Douglasville, GA at age 10, equidistance from hip-hop hub Atlanta and country breeding ground Newnan, GA, inspiring his artful persona: a mix of hooky melodies, shrewd wordplay and edgy, electronic beats. With six songwriting No. 1 hits (Zac Brown Band’s “Loving You Easy,” “Homegrown,” “Beautiful Drug,” “Keep Me In Mind,” and “Heavy Is The Head”; Dierks Bentley’s “Gone”) plus co-pen credits on singles by Ashley Monroe, among others, Moon continues to turn heads and has been named an artist to watch by CMT, Amazon Music, MusicRow, Country Swag, and more.