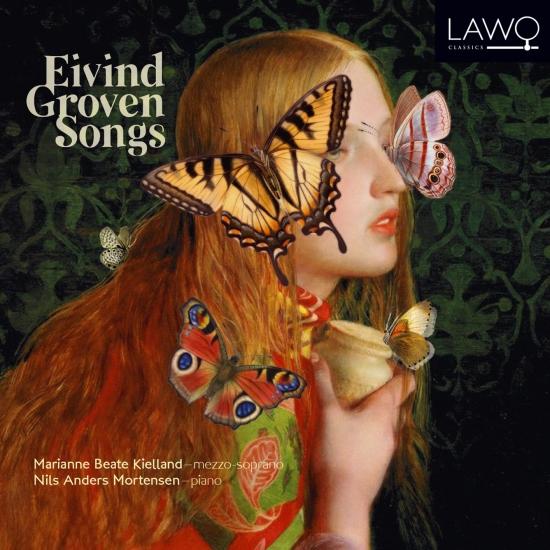 Eivind Groven is a name well-known in Norwegian music history. He is perhaps recognized as the man behind the interval and identification signals that the Norwegian Broadcasting Corporation’s radio transmissions employed for several years. He was an authentic and eager proponent of folk music within art music, and perhaps this might be for which he is most famous and admired.
Groven's songs are situated primarily within the first half of his work as a composer. Although he does not employ folk music here as much as in his other compositions, we can still sense a “Norwegian flavor” that is not always so easy to define, yet is nevertheless present.
It has been exciting to explore Groven's songs: here we find both great pathos and simpler tunes. Most of the lyrics are taken from the Suttung movement's greatest poets, Kinck and Wergeland. (The Suttung movement finds its roots in oral tradition and places a pedagogical emphasis on early exposure to art and literature.) And since Marianne Beate Kielland as a youth participated in a Suttung group for many years, this recording has become a journey back to the lyrics of her childhood.
The songs present a slightly different side to the composer than most know. As composer of romances, Groven is devoted to the text, and he often brings forth its essence through the music he has created.
Marianne Beate Kielland, mezzo-soprano
Nils Anders Mortensen, piano 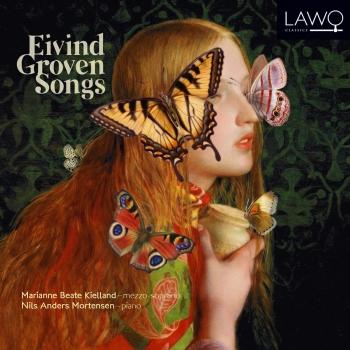 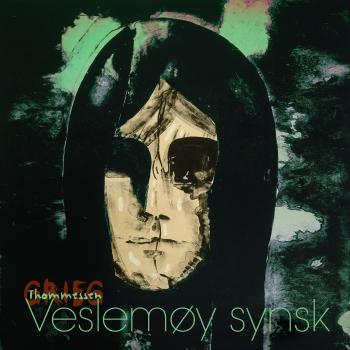 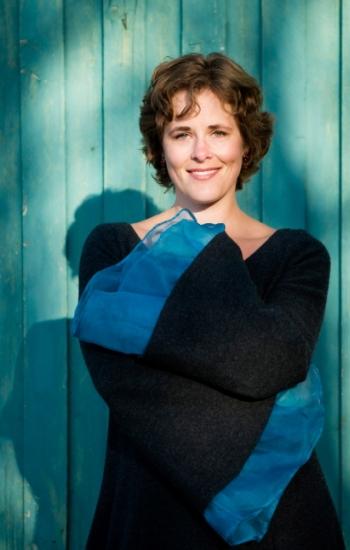 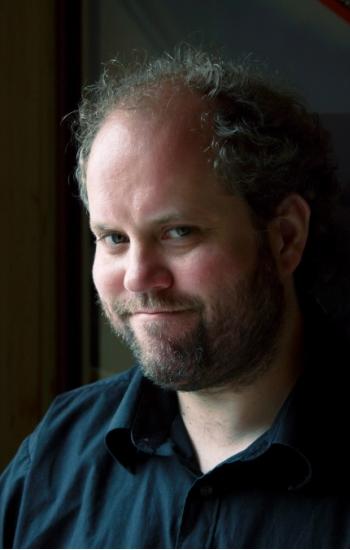 Marianne Beate Kielland - Soprano
Marianne Beate Kielland was born in 1975 in Norway. She graduated from The Norwegian Academy of Music in 2000. At the Academy she had among others Ingrid Bjoner and Svein Bjørkøy as her main pedagogues. She has also studied with Oren Brown and with Barbara Bonney, and she has taken part in master classes with Dietrich Fischer-Dieskau.
Marianne Beate Kielland is established as one of the foremost singers of Scandinavia. After finishing her studies she was engaged at the State Opera in Hanover, Germany. She regularly works with all of Norway's leading orchestras and choirs (including Oslo Philharmonic Orchestra, Norwegian Radio Orchestra and Norwegian Chamber Orchestra) in addition to Anima Eterna, Akademie für alte Musik Berlin, Concerto Köln, Europa Galante, Concert des Nations, RIAS chamber choir, Orchestre Champs-Elysees, Collegium Vocale Gent and Bach Collegium Japan.
She has performed with conductors such as Jos van Immerseel, Fabio Biondi, Rinaldo Alessandrini, Phillippe Herreweghe, Masaaki Suzuki, Helmuth Rilling, Fabio Bonnizioni, Jordi Savall, Thomas Dausgaard, Ari Rasilainen, Joshua Rifkin, Lars Ulrik Mortensen, Manfred Honeck, Iona Brown, Andreas Spering, Daniel Reuss, Hans Christoph Rademann, Thomas Søndergaard, Bjarte Engeset and Christian Eggen, and she has appeared in all central church musical works in addition to Brahms Alto Rhapsody, Wagner Wesendonck-Lieder, Mahler Das Lied von der Erde, Rückert-Lieder, Symphony no. 2 and 3, Berlioz Les Nuits d'Été and Berio Folk Songs and Coro (see repertory list). In the baroque repertoire she has most of all received received good critics for her Bach interpretations. She was the first female alto ever to perform with The Bach Ensemble and Joshua Rifkin, she has recorded all of Bach's solo alto cantatas for Naxos with Kölner Kammerorchester and Helmut Müller-Brühl, and in March -05 she in Japan together with the Swedish soprano Susanne Rydén performed the world premiere of the newly constructed Bach cantata 'Vergnügte Pleissenstadt' (BWV 216), which was found in Japan in 2002.
Kielland performes regularly with pianist Nils Anders Mortensen. They appeared several times at Lofoten International Festival, they have toured all over Norway, Estonia and Finland, and their first recording: Thommessen - Veslemøy Synsk - will be released in 2010/-11. Several recordings are planned to follow.
She also performed lieder with pianists such as: Leif Ove Andsnes, Jos van Immerseel, Pascal Roge, Jean-Efflam Bavouzet, Uta Hielscher, Sergej Osadchuk and Einar Henning Smebye.
Nils Anders Mortensen - Piano
Nils Anders Mortensen was born in Flekkefjord in 1971. He played the piano since the age of 3, won the national piano competition Ungdommens Pianomesterskap in 1986. He studied at Norges Musikkhøgskole, Ecole Normale Paris and Hochschule für Musik und Theater Hanover. His most important teachers were Einar Steen-Nøkleberg, Tatjana Nikolayeva and Hans Leygraf.
In 1996 Mortensen was awarded 'Debut of the year' by Norwegian concert institute Rikskonsertene, resulting in an extensive tour of recitals through Norway. Internationally he won prizes like the Ibla Grand Prize of Sicily in 1995 and the Chopin-Gesellschaft Prize of Hanover in 1996, followed by concerts in the United States and Germany. In 1998 he won the Mozarteum prize at the summer academy of Salzburg. He has also toured Russia, Hungary, Holland, Finland and the Baltic states.
Mortensen was soloist with the Norwegian symphony orchestras, and in 1998 he did the Grieg a-minor concerto at the famous closing concert of the Festspillene in Bergen, together with the Norwegian Radio Orchestra. He was guest at the Norwegian chamber music festivals, like Stavanger, Oslo, Lofoten and Risør. With the Stavanger Symphony Orchestra he made a recording of piano concertos of Geir Tveitt.
During the last years Mortensen did many recordings, as soloist and as a chamber musician, exploring new and old Norwegian repertoire. He has been working together with musicians like Jacques Zoon, Martin Fröst, Paul Meyer, Leif Ove Andsnes, Yuri Serov, Thomas Bauer, Engegard Quartet, the singer Marianne B. Kielland and the American Orion Quartet.