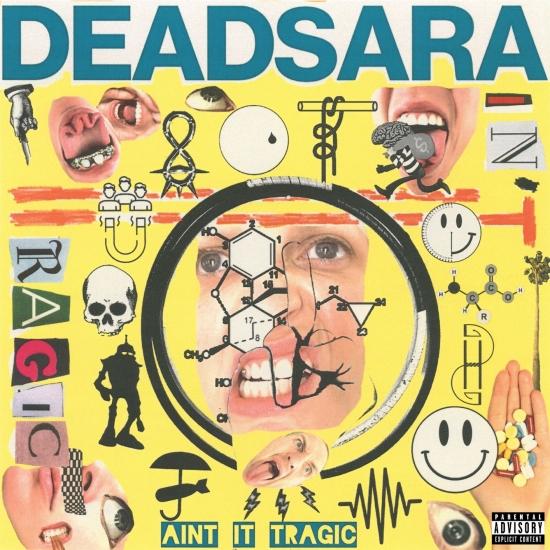 Los Angeles rock legends Dead Sara announce their new album AIN’T IT TRAGIC, set for release on Sept. 17th via Warner Records. The long-awaited, highly anticipated full-length marks their first new music since 2018’s Temporary Things Taking Up Space EP, and contains the 2020 comeback track “Hands Up,” and the new single “Heroes.” Both tracks have been critically praised as “explosive” by Loudwire and “raw and heavy” by Consequence of Sound.
The 11-song strong album spotlights the group’s signature dual guitar attack cuts deep as firebrand front women Emily Armstrong (vocals/guitar/songwriter) and Siouxsie Medley (guitars/backing vocals) trailblaze intense yet melodic verses/choruses throughout. Percussive force-of-nature Friday anchors each track with punishing rhythmic beats.
Largely written and recorded during lockdown in Los Angeles, AIN’T IT TRAGIC reveals a band at the apex of their songwriting prowess with a penchant for earworm melodies, hard-hitting twin-guitar assault, masterful drumming with generous doses of energy and attitude that have made the band live legends for the past decade. “Deep in the making of this album, in the thick of the pandemic, we had nothing to do but write and record music,” says Armstrong. “Amid all that was happening in the world and the day-in day-out in the studio we let our guards down and let whatever happen, happen... losing our minds.”
Emily Armstrong, vocals, guitar
Siouxsie Medley, guitar, backing vocals
Sean Friday, drums, programing 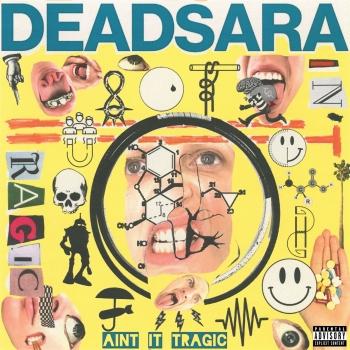 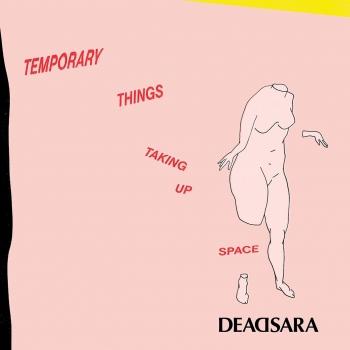 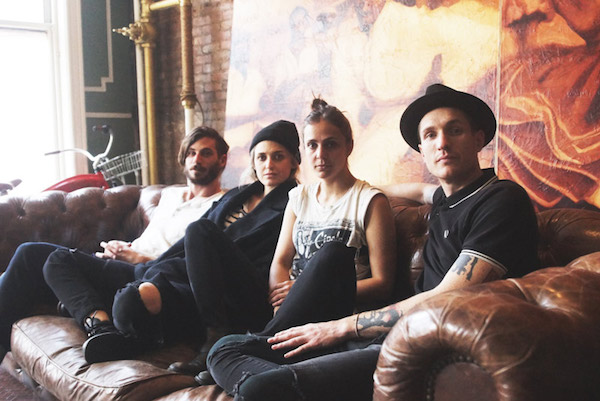 Dead Sara
The songs we can’t stop singing last forever. They soundtrack life’s most important moments and stay with us through good times and bad.
Los Angeles alternative rock band Dead Sara set out to write those kinds of songs on their 2018 EP and first release for Atlantic Records, Temporary Things Taking Up Space. The trio —Emily Armstrong [vocals and guitar], Siouxsie Medley [lead guitar] and Sean Friday [drums]— doubled down on the brash and bluesy bravado that made them a fan favorite, while sharpening the songcraft to knifepoint precision and simultaneously widening the sound’s scope.
“You listen to some songs and think, ‘Oh my God, I want to hear that again’,” says Armstrong. “After ten years of doing everything on our own, we’ve learned so much. However, we were stuck in our ways- the way we’d always done things. Why should anything be off limits? I realized we’d been too afraid, and I was hiding in my own world. I’m ready to open that world up. When we started scaring ourselves, it was the best thing possible. For the first time, I was exposing myself lyrically in a way that I’d never done before. We got more vulnerable overall. Then again, isn’t that what songwriting is all about?”
“We took the time to figure out what we wanted and how to grow as individuals,” elaborates Medley. “Then, we did that.”
Most importantly, Temporary Things Taking Up Space marks a natural step. Since the release of their 2012 self-titled debut, Dead Sara have quietly carved a foothold at the forefront of the 21st century rock vanguard through a one-two punch of raucous riffing and sky-high vocals. Along the way, the musicians earned high-profile fans such as Jefferson Airplane’s Grace Slick who namechecked them in The Wall Street Journal, Muse’s Matt Bellamy who invited them on tour, and Dave Grohl who proclaimed, “Dead Sara should be the next biggest rock band in the world.” Between releasing their acclaimed 2015 sophomore offering Pleasure to Meet You and endless touring, they repeatedly lit up the small screen, performing on Jimmy Kimmel LIVE!, Late Night with Seth Meyers, and during an episode of The Vampire Diaries.
In hindsight, it feels as if everything was building towards Temporary Things Taking Up Space. “We started to open up a new chapter,” comments Friday. “We were bringing in so many different sounds.”
“Oh boy, I believe this has been a long time coming,” exclaims the frontwoman. “We had the energy, we had the passion, and we had the love for music. We were missing that one thing. We had to change in order to find it.”
Embracing an adventurous spirit, the group’s process started morphing in 2016. Rather than hit the studio with loose ideas to quickly cobble together an album, they dedicated nearly a year to writing and perfecting the new music. Another first, they welcomed collaborations with writers such as Simon Katz, and Tommy English, while enlisting Tony Hoffer [Beck, M83, Air] as producer. Musically, they further incorporated synthesizers and electronic percussive elements, confidently expanding the sonic palette.
“We went outside of the box in the approach to this EP,” Medley remarks. “The creative process was definitely different from what we’ve done in the past. We tried every avenue and didn’t limit ourselves in any way. We tried more synths and programming—which Sean really drove.” “We’ve never spent this much time writing,” Armstrong continues. “I stopped taking work. I stopped everything. I decided the only way this was going to happen was if I dedicated my all to it. I was obsessed. I just wanted to get better. It opened the floodgates. It’s a bridge to what’s next for Dead Sara.”
“We devoted a month to hashing out the songs and making them the best they could be,” adds Friday. “In addition to the synths, we tried a lot of direct-input guitars to make it sound really gritty. It’s tighter. With all of that experimentation, we went into the studio.” The trio ignites this next chapter with the 2018 single “Anybody.” Propulsive guitars curl around an arena-ready beat punctuated by heavenly synths programmed by Friday before the seismic refrain, “Come on and touch me. Do I belong to anybody?”
“I was going through a breakup,” recalls Armstrong. “The world seemed like it was imploding. Donald Trump had just gotten in. It was as if everything shifted. I felt like I didn’t belong. There was nothing I could hold onto, grab, or be a part of. Life went dark. We captured something really raw in the moment.”
“Siouxsie added these really cool guitar parts to it,” recalls Friday. “We built it organically like most of this material.”
Elsewhere on the EP, an arsenal of Medley’s vintage guitars wail wildly on the stomping shuffle of “Heaven’s Got A Back Door” before spiraling into a cathedral-size chant.
Thinking “What would Keith Richards do?” (after a few tequila shots), “UnAmerican” sarcastically skewers stereotypes with lyrical barbs, a lively scream, and a clever and catchy chorus explosion, “I guess I’m UnAmerican.”
The spacey six-string echo of “What It Takes” resounds as Armstrong delivers one of her most personal performances to date.
“‘What It Takes’ is essentially about coming out,” she states. “That’s something I was never able to speak on. I was living this life where I felt like if I said something I was going to die, but by not saying anything, I was already dying. Again, I was scaring myself with this song. It’s about realizing that it’s ok to just be yourself, because honestly, nobody really cares but you.”.
In the end, Dead Sara unleash a body of work befitting their ambition, drive, and decade-plus grind.
“We finally have the music we’ve been looking for,” Armstrong leaves off. “We rebuilt everything to get here. There’s a lot of growth. Now, it’s so exciting to see how this unfolds. I think we can reach a whole new level with these songs.”