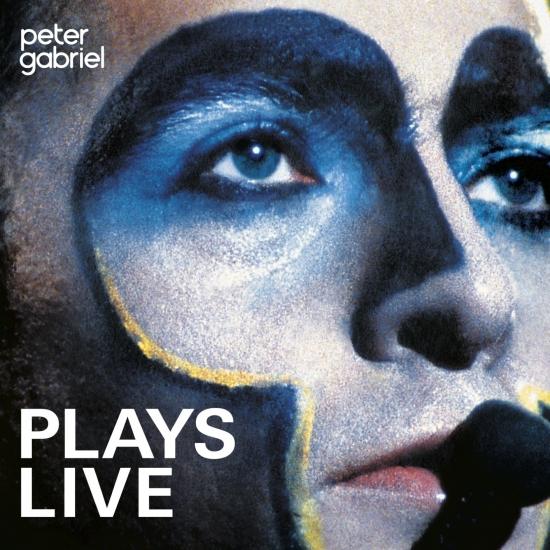 This stunning live set was recorded during Peter Gabriel's 1982 tour.
Plays Live was compiled from live recordings made at four venues across the American Midwest in late 1982 and released the following June. The sleeve notes memorably state; “Some additional recording took place not a thousand miles away from the home of the artiste. The generic term of this process is ‘cheating’”. But it’s fair to say that the essence of the live shows remains very much intact on these recordings.
Plays Live was effectively a sign-off to the first phase of Peter Gabriel the solo artist. As such, it’s a celebration of all that was achieved on that opening quartet of self-titled long-players, while also standing as confirmation that Peter was an engaged and engaging frontman.
At the time, all bar one of the tracks would be familiar to the Gabriel completist, the exception being the previously unreleased I Go Swimming.
The touring band captured by the recordings consists of Peter, alongside Jerry Marrotta (drums and percussion), Tony Levin (bass and stick), David Rhodes (guitar) and Larry Fast (synthesizer and piano), whilst the iconic cover image of Peter in ‘monkey mask’ make-up was taken by long-time collaborator Armando Gallo.
An edited version of the album entitled Plays Live: Highlights was released as a single CD in 1985. In order to fit all the songs onto one disc the songs The Rhythm of the Heat, Not One of Us, Intruder and On The Air were omitted from that release and only made available on CD once the full original tracklisting was released over two CDs in 1987. These four songs have been returned to their rightful place in the running order on updated digital releases in 2019.
Peter Gabriel, lead vocals, piano, synthesizers
Jerry Marotta, drums, percussion, backing vocals
Tony Levin, bass, chapman stick, backing vocals
David Rhodes, guitars, backing vocals
Larry Fast, synthesizers, piano, keyboards
Recorded November–December 1982, United States, 1983, Bath, England
Produced by Peter Gabriel, Peter Walsh
Digitally remastered