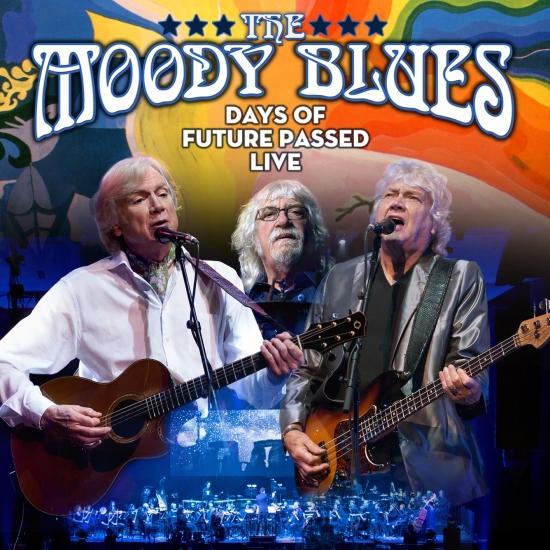 The Moody Blues classic 1967 album Days Of Future Passed is regarded as one of the foundation stones of the progressive rock genre. In 2017, the band headed out on the album's 50th Anniversary Tour including the wonderful show captured at the Sony Centre For The Performing Arts in Toronto accompanied by a full orchestra. The concert begins with the band by themselves performing a selection of classic Moody Blues tracks before they are joined by the orchestra to perform Days Of Future Passed in its entirety plus a couple of fantastic encore tracks. This is without doubt the definitive live version of this much loved album and will be treasured by fans of The Moody Blues for years to come.
Justin Hayward, guitar, vocals
John Lodge, bass, vocals
Graeme Edge, drums, percussion
Norda Mullen, flute, guitar, percussion, vocals
Julie Ragins, keyboards, percussion, guitar, saxophone, vocals
Alan Hewitt, keyboards, vocals
Billy Ashbaugh, drums, percussion
Elliot Davis, musical director, conductor and co-arranger 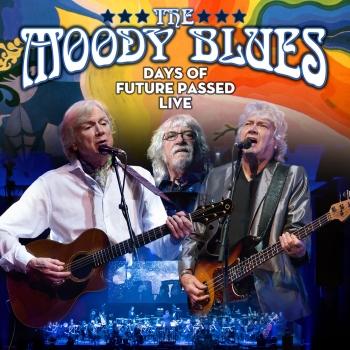 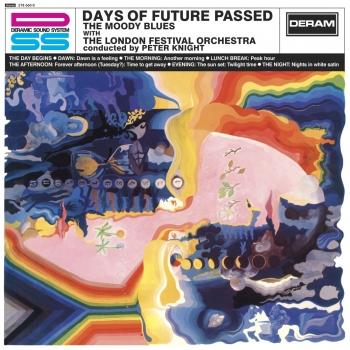 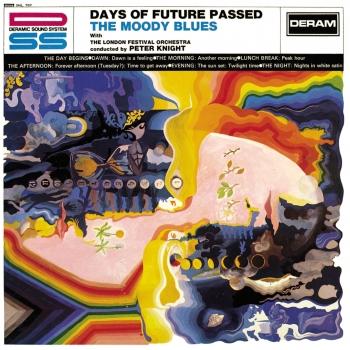 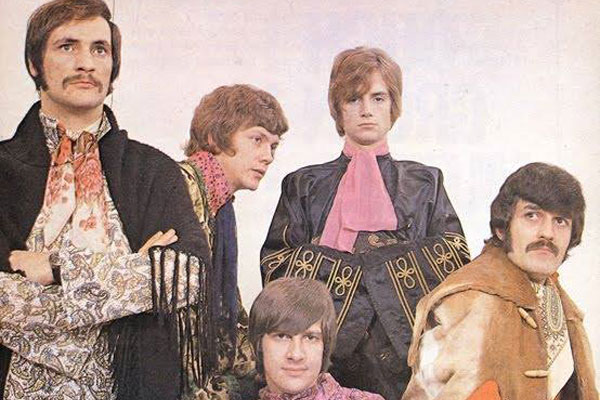 The Moody Blues
For over thirty years, The Moody Blues have been musical mainstays on concert stages, recordings and the airwaves. Their remarkable consistency has generated the sale of over 55 million albums and created a standard for classic rock music which has brought them numerous awards including the NARM Number One World Group Award 1972, 18 platinum records, The Playboy Vocal Group of the Year Award, the Golden Ticket Award for the sale of 100,000 tickets at Madison Square Garden, as well as ASCAP and Performance Awards, the Ivor novello Statue (1984 Outstanding Contribution to British Music), and a priceless place in rock history.
The Moody Blues' first full studio album, Days Of Future Passed, was released on November 11, 1967 and stayed on the Billboard charts for over two years. Featuring the soon-to-be classic 'Tuesday Afternoon' and one of the biggest-selling singles of all time, 'Nights In White Satin,' the album became a milestone in rock recording. It was one of the very first concept albums and set the style for many others to follow.
The band toured consistently in Great Britain and Europe and followed Days of Future Passed with the August 1968 release of In Search of The Lost Chord. Riding the success of the album's hit singles 'Ride My See-Saw' and 'Voices In The Sky,' The Moody Blues began their first concert tour of the USA in October of that year and quickly developed a devoted and fanatical following there, which endures to this day.
On The Threshold Of A Dream, which contained the hit 'Never Comes The Day,' was released in April 1969, followed in November of that year by the first release on the newly formed Threshold label, To Our Children's Children's Children, which featured the single 'Gypsy.' Both albums went to number one on the British charts.
In August 1970, Threshold's second album was released, A Question Of Balance, which featured the international number one single 'Question' and firmly established the Moodies as one of the emerging mega-groups of the time.
Other artists, such as Timon, Trapeze Nicky James, Sue Vickers, Providence and Asgard, were signed to and recorded with the new Threshold label, with members of the Moodies acting in various roles as producer/backing vocals/instrumentalists.
Every Good Boy Deserves Favour followed in July 1971 and included their rock hot 'The Story In Your Eyes.'
Almost five years after their original appearance on the charts, 'Nights In White Satin' and Days of Future Passed were re-activated in the States in 1972. Their return to the charts was amazingly successful with both album and single hitting the number one position - and Days remaining on the charts for another two-year run. In the UK 'Nights In White Satin' has charted three times for the group = in 1968, 1972 and again in 1979.
Seventh Sojourn was also launched in October 1972 and, with the momentum of the smash single 'I'm Just A Singer (in a Rock 'N' Roll Band)' and 'Isn't Life Strange,' the album held the number one spot in the US charts for five consecutive weeks, giving the band two albums in the US top ten simultaneously.
After the resounding international success of Seventh Sojourn, the Moodies once again took to the road, launching the world tour which would travers three continents. It was to be the last time that The Moody Blues were to appear together on stage for the next four years.
The break allowed band members to focus on projects outside the group. Justin Hayward and John Lodge collaborated on the Blue Jays album in 1975. Graeme Edge made two solo albums with Adrian Gurvitz - Kick Off Your Muddy Boots and Paradise Ballroom - before departing for an ocean-going trip around the world. Ray Thomas produced two solo albums - From Might Oaks and Hopes, Wishes and Dreams. John Lodge recorded Natural Avenue. Justin Hayward recorded his solo album Songwriter and worked with Jeff Wayne on The War of The Worlds project, which produced for Justin the beautiful world-wide hit 'Forever Autumn.'
In 1978 the Moodies returned to their group format and released Octave, which shot to the top of the charts with singles 'Steppin' In A Slide Zone' and 'Driftwood.' This proved that their fans had remained loyal despite a four-year absence. The Moody Blues are one of the few groups in the world that have toured extensively with every album released.
Long Distance Voyager, a massive hit released in May 1981, held the number one spot on the album charts and introduced the singles 'Gemini Dream' and 'The Voice.' This was followed by The Present in September 1983 which included the hits 'Blue World' and 'Sitting At The Wheel.'
The Moodies' next album release was The Other Side Of Life in 1986, and when the single 'Your Wildest Dreams' became a top-ten hit, yet another generation of fans was introduced to the Moodies' music. In addition, 'Your Wildest Dreams' was voted Video of the Year by Billboard Magazine.
Sur La Mer followed in June 1988, containing the sensational 'I Know You're Out There Somewhere.' This track, another hit for the Moodies, continues the saga of lost love first begun in 'Your Wildest Dreams.'