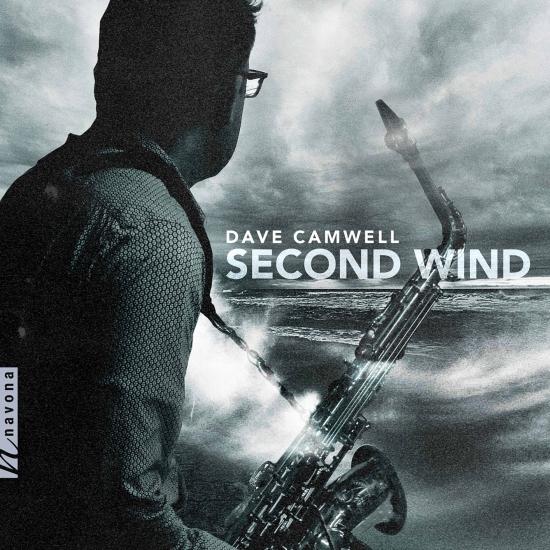 Saxophonist Dave Camwell's interpretations on SECOND WIND impressively demonstrate the capabilities of the instrument in music spanning three centuries.
SECOND WIND presents a wide selection of saxophone music: a J. S. Bach partita with piano accompaniment added by Robert Schumann, a Vivaldi concerto, a Händel sonata, but also several contemporary, tonal saxophone compositions. Nestled in between is Koechlin's cinematic, soulful Èpitaphe de Jean Harlow (1937). There's an echo of Schumann's earlier presence in David DeBoor Canfield's Concerto After Mendelssohn (2016/2017), which is exactly that. A sudden choir appears in John Rommereim's Amara - Breath of Grace (2004), to which the saxophone lends the most curious contrast with an ad-libitum feel. Trio No. 1 by Russell Peterson, which concludes the album, is a work which Camwell knows intimately: he recorded it in its original configuration six years ago, and on this album it was re-scored as trio between saxophone, flute, and orchestra.
As one may expect from the Director of Jazz Studies at Troy University in AL, Camwell does not only pick his repertoire wisely, he also plays the saxophone like a virtuoso. The aptly-titled SECOND WIND is bound to be a treat to both lovers of classical music and jazz aficionados wishing to branch out into more classical listening. But the real feat, perhaps, is that one doesn't have to be a saxophone aficionado in order to enjoy this album. Yes, it is this good.
"The title of this recording, SECOND WIND, comes from moving from Iowa to Alabama in the summer of 2017. To now be surrounded by such talented and inspiring people has been rejuvenating. I am forever grateful to my talented and generous colleagues with whom I collaborated to make this album. Additional thanks go to my parents Paul and Margaret Camwell, sister Jennifer Camwell, Yamaha, D’Addario, John Anderson, Larry Blocher, Jeff & Gail Hiley, and Troy University’s Research and Creativity Grant program. Heartfelt thanks as always to my amazing editor-in-chief for all things big and small, my wife, Jillian Camwell." (Dr. Dave Camwell)
Dave Camwell, saxophone
Susan Fancher, saxophone
Heather Small, flute
Inara Zandmane, piano
Hui-Ting Yang, piano
The Alberta Winds
Gareth Jones, conductor
Troy University Concert Chorale
Diane Orlofsky, conductor
Troy University Symphony Band
Mark Walker, conductor 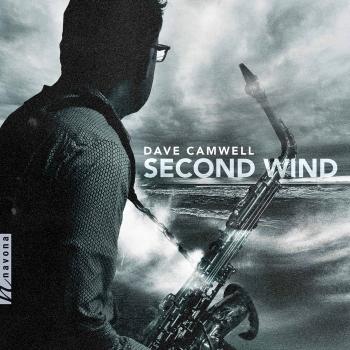 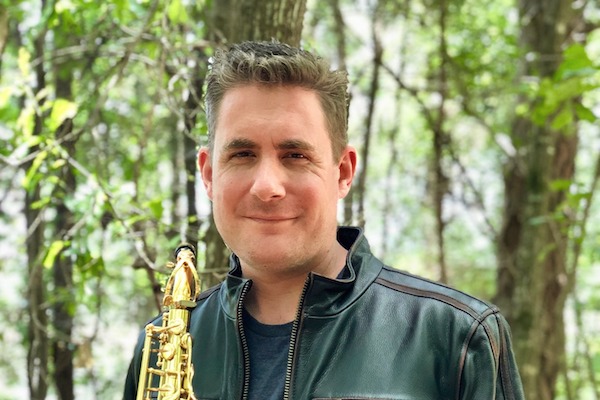 Dave Camwell
Described as a masterful and virtuosic saxophonist with a mellifluous tone (Fanfare), Dr. Dave Camwell is the Director of Jazz Studies and Associate Professor of Music at Troy University in Alabama. Camwell is a Yamaha, D'Addario, and Beechler Performing Artist and has over thirty publications available through Jeanne, Dorn and UNC Jazz Press. He has been a member of a wide variety of commissioning projects, as well as personally leading consortiums that have resulted in new works by Marc Mellits, Robert W. Smith and David Deboor Canfield.
Camwell studied at the universities of Calgary, Jacksonville State, Northern Colorado, and Oregon, and can be heard on the Parma, Innova, Enharmonic, Teal Creek, and Mark Custom recording labels.
An active performer and clinician, Camwell has been a guest artist at over forty universities throughout North America. He has won a number of awards, including 2nd-place in the 2000 North American Saxophone Alliance Biennial jazz competition. He has performed with Norwegian Cruise Lines, and at a variety of jazz festivals, including Montreux and Brienz, Switzerland. He has also toured Taiwan with the Xplorium! Ensemble, performed with the orchestras of Iowa, Des Moines, Minnesota, and Pensacola, and was a featured soloist with the New York Central City Chorus.
In addition to hosting the 2011 North American Saxophone Alliance Region 3 conference, Camwell regularly attends regional and national NASA events. He also performed at the World Saxophone Congresses of Slovenia (2006), Thailand (2009), and Scotland (2012). Camwell will host the NASA region 6 conference in 2021 at Troy University.