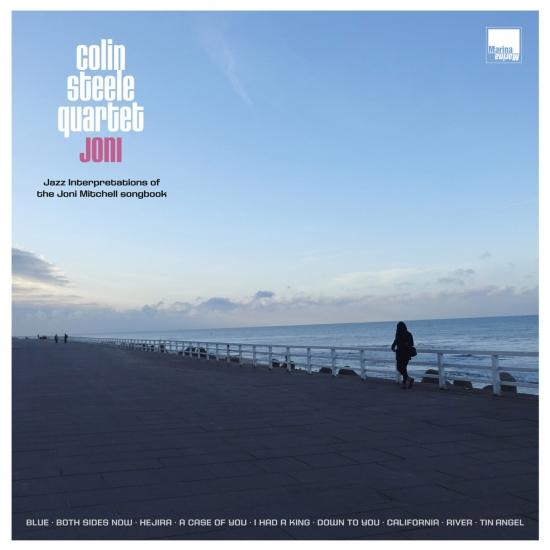 The acclaimed trumpeter has been inspired by the quirky, romantic, disillusioned and joyful tunes written by one of the greatest songwriters of the past 50 years, Joni Mitchell. Steele’s approach is to savour the simplicity; not stray too far from the melody; look for beauty; and create tunes that glow and sparkle with warmth and affection.
The music of Joni Mitchell gets the royal jazz treatment in exciting new arrangements. Timeless classics from the Mitchell songbook - “Blue”, “Both Sides Now”, “Hejira”, “A Case Of You” etc. - sparkle with fresh energy in a classic jazz quartet setting.
Mitchell always had a deep affinity with jazz - working with Charles Mingus on her album “Mingus” (1979) and many other jazz luminaries like Herbie Hancock and Wayne Shorter. Her songs are just perfectly suited for getting re-interpreted in a jazz setting. Listen to the album - and experience how well it works. Colin Steele adds his very own sound with his warm, melodic playing to Joni’s songs and transports them into another musical territory. The results are simply gorgeous.
Colin Steele from Edinburgh, one of UK’s leading jazz trumpeters, is accompanied by the same top-notch musicians as on his “Diving For Pearls” album (MA 82, 2017), his beautiful take on the Pearlfishers songbook: Calum Gourlay on double bass, Alyn Cosker on drums and pianist Dave Milligan who also arranged the album brilliantly.
Dedicating an album to just one composer is a great jazz tradition: Miles Davis did it with Gershwin’s “Porgy & Bess” (’58) and Chet Baker with “Plays Lerner & Loewe” (’59). And now we have the CSQ playing Joni.
“Joni” was recorded in just one day - like many classic jazz albums - at Scotland’s famous Castlesound studios (The Blue Nile, Orange Juice, R.E.M.). Masterfully engineered by Stuart Hamilton. You really get the “in-the-room-with-the-artist” feel.
Colin Steele has been described as the Sibelius of Scotland. His music is a joyous celebration of Scottish melody and rhythm, liberated and enhanced by the spirit, sophistication and technique of jazz. His recordings and concerts are warm, life affirming, and thrilling in their effect. He disarms the most hardened jazz fan with the power and beauty of his music and his playing speaks strongly to audiences of all musical tastes."
Colin Steele, trumpet
David Milligan, piano
David Bowden, bass
Alyn Cosker, drums 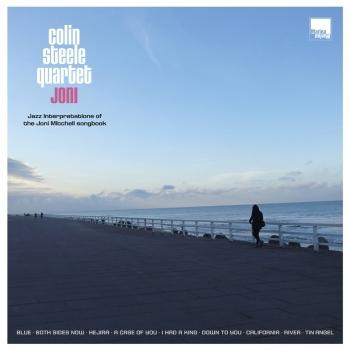 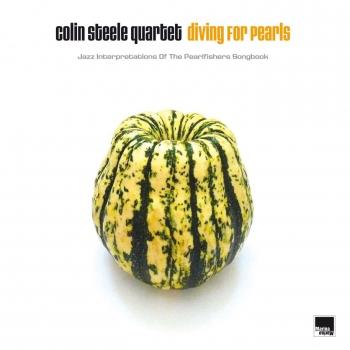 Diving for Pearls – Jazz Interpretations of the Pearlfishers Songbook 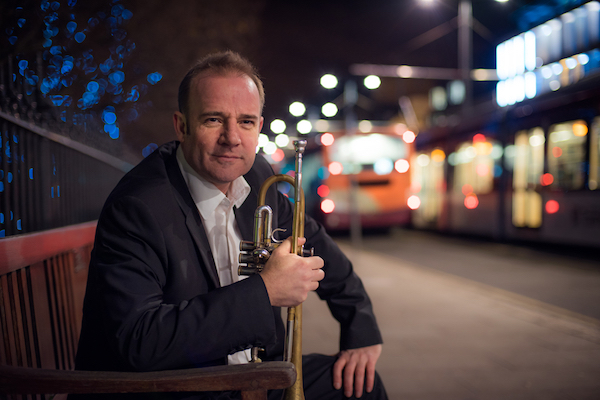 Colin Steele
joined his first jazz group the John Rae Collective at the age of 19 (which included Brian Kellock and Phil Bancroft). He then went on to work with Tommy Smith, Tom Bancroft Orchestra and pop band Hue and Cry.
Colin Steele has been described as the Sibelius of Scotland. His music is a joyous celebration of Scottish melody and rhythm, liberated and enhanced by the spirit, sophistication and technique of jazz. His recordings and concerts are warm, life affirming, and thrilling in their effect. He disarms the most hardened jazz fan with the power and beauty of his music and his playing speaks strongly to audiences of all musical tastes."
Between 1990 and 1996 he travelled Europe extensively, living in France, London and Italy.
On his return to Scotland in 1997 he established the phenomenally successful live music club Midnight Blue, which ran for three years and attracted over 40,000 people during this time. He began composing and formed his first quintet in 2000.
Since the release of his debut album Twilight Dreams in 2002, Steele’s highly original and melodic Scottish folk-influenced jazz has won just about every UK jazz plaudit there is; from BBC Jazz CD of the Year and Jazz Review international CD of the Year (for his album ‘The Journey Home’) to CD of the year accolades in The Guardian, Observer, Independent and The New Statesman. Steele’s compositions are inspired by Scottish and Irish folk music, but are firmly rooted in the jazz tradition. The success of his first 2 quintet recordings led to a third, 'Through the Waves' being released internationally by top European label ACT.
In 2006 Steele formed Stramash, a 10 piece Scottish 'supergroup' consisting of his jazz quintet, fiddles, bagpipes, whistle and cello. This group received universal critical acclaim, both for their concerts and for their recording, which was released in 2009. "a stunningly lyrical ensemble". (THE TIMES) ​
Colin's latest CD "Even in the darkest places" with his quintet will be released on the 17th March 2017. ​
Other projects: Over the last few years Colin has also worked on a wide variety of different projects, including a commission for the Edinburgh Jazz Festival Orchestra, a long running theatre show 'A Funny Valentine', based on the life of Chet Baker, a quintet playing the music of Miles Davis, duets with Dave Milligan and Brian Kellock, and 'Stone Islands', a collaborative project with Scottish and Sardinian musicians.