Everybody Knows This Is Nowhere (Remastered) Neil Young & Crazy Horse 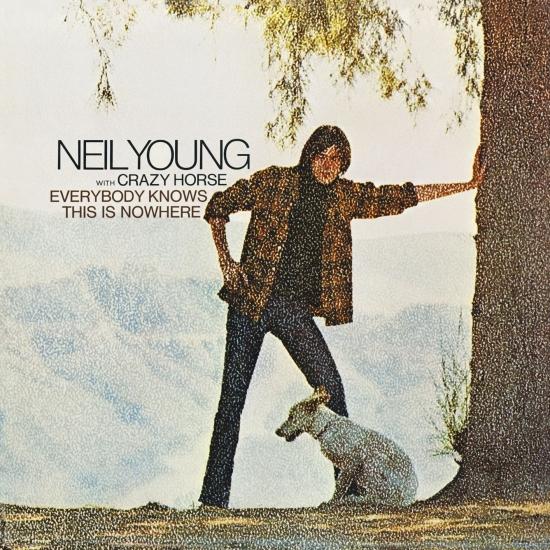 Info zu Everybody Knows This Is Nowhere (Remastered)

Neil Young's second album yielded several of his most enduring hits (including the title tune, 'Cowgirl In The Sand,' 'Cinnamon Girl,' and 'Down By The River') and firmly established him as a solo artist of the first rank. Though it's impossible to narrow the catalog of Young and Crazy Horse down to one representative document, this is about as close as you're likely to get. This was Young's first collaboration with the Horse, and it's still one of that group's defining recorded moments. As in much of Young's subsequent work, the feeling of despair moves unabated through the album, which runs the emotional gamut from laconically desperate to psychotically desperate. Despite the gloom, the heavy electric riffing on 'Cinnamon Girl' and 'Cowgirl In the Sand'--two surrealistic odes to an idealized muse--is cathartic and invigorating, easily as riveting as the guitar onslaught of anyone from the Stooges to the Velvet Underground.
Young's rootsy, acoustic side comes to the fore on 'Round & Round' and 'Running Dry.' The homespun quality of these songs doesn't leaven the consuming sense of dread that permeates this album, though. Strangely, this expression of angst and emotional disorder became one of Young's most lastingly popular albums, and 'Down By The River,' 'Cinnamon Girl,' and 'Cowgirl in the Sand' quickly turned into FM staples.
„Neil Young's second solo album, released only four months after his first, was nearly a total rejection of that polished effort. Though a couple of songs, 'Round Round (It Won't Be Long)' and 'The Losing End (When You're On),' shared that album's country-folk style, they were altogether livelier and more assured. The difference was that, while Neil Young was a solo effort, Everybody Knows This Is Nowhere marked the beginning of Young's recording association with Crazy Horse, the trio of Danny Whitten (guitar), Ralph Molina (drums), and Billy Talbot (bass) that Young had drawn from the struggling local Los Angeles group the Rockets. With them, Young quickly cut a set of loose, guitar-heavy rock songs -- 'Cinnamon Girl,' 'Down by the River,' and 'Cowgirl in the Sand' -- that redefined him as a rock & roll artist. The songs were deliberately underwritten and sketchy as compositions, their lyrics more suggestive than complete, but that made them useful as frames on which to hang the extended improvisations ('River' and 'Cowgirl' were each in the nine-to-ten-minute range) Young played with Crazy Horse and to reflect the ominous tone of his singing. Young lowered his voice from the near-falsetto employed on his debut to a more expressive range, and he sang with greater confidence, accompanied by Whitten and, on 'Round Round,' by Robin Lane. Everybody Knows This Is Nowhere was breathtakingly different when it appeared in May 1969, both for Young and for rock in general, and it reversed his commercial fortunes, becoming a moderate hit. (Young's joining Crosby, Stills & Nash the month after its release didn't hurt his profile, of course.) A year and a half after its release, it became a gold album, and it has since gone platinum. And it set a musical pattern Young and his many musical descendants have followed ever since; almost 30 years later, he was still playing this sort of music with Crazy Horse, and a lot of contemporary bands were playing music clearly influenced by it.“ (William Ruhlmann, AMG)
Neil Young, guitar, lead vocals
Danny Whitten, guitar, vocals
Billy Talbot, bass
Ralph Molina, drums, vocals
Bobby Notkoff, violin on 'Running Dry (Requiem for the Rockets)'
Robin Lane, harmony vocal on 'Round and Round'
Recorded January & March 1969 at Wally Heider Recording, San Francisco, California
Engineered Henry Saskowski, David Briggs, Kendal Pacious
Produced by Neil Young, David Briggs
Digitally remastered

Everybody Knows This Is Nowhere (Remastered)